A brilliant plant geneticist bridging the debate between organics and GMOs. A sociologist who has argued for throwing out environmentalism’s hallowed ‘precautionary principle.’ A climate scientist as committed to pragmatic solutions as he is to the seriousness of the climate challenge. A geographer unequaled in her study of agricultural systems and land use impacts. And a founder of both the Breakthrough Institute and ecomodernism. The Breakthrough Institute is proud to announce Ruth DeFries, Steve Fuller, David Lea, Pamela Ronald, and Michael Shellenberger as our 2016 Senior Fellows.

This year’s Senior Fellows join Breakthrough after a year of tremendous progress: the year ecomodernism formally launched. We anticipate years of fruitful collaboration with our new colleagues. Onwards! 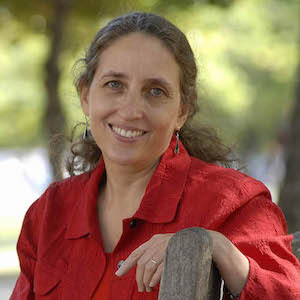 In 2015, the Breakthrough Institute gave Ruth DeFries our annual Paradigm Award, in recognition of her groundbreaking contributions to land use impacts and agricultural systems. The Award is just one of the many well-deserved accolades DeFries has earned in her career.

DeFries is the Denning Professor of Sustainable Development and Professor of Ecology, Evolution, and Environmental Biology at Columbia University. She is also recipient of the MacArthur “Genius” Fellowship and a member of the US Academy of Sciences. DeFries is also an author of ‘An Ecomodernist Manifesto.’

DeFries’ work spans empirical studies of land use and land cover change to the history of agricultural technology’s impact on human society and evolution. Her latest book, 2015’s The Big Ratchet, provides a paradigm-shifting account of Malthusian food crises. DeFries argues that food crises have occurred throughout history, but that they have successively been solved through social and technological responses by human societies.

Charles Mann called The Big Ratchet “an essential account of how we got where we are,” while 2013 Paradigm Award winner Emma Marris described it as “a fascinating story of human innovation.” The book is the culmination of decades of field work and empirical studies in the Amazon, Africa, and Asia.

“I am an ecomodernist” declared Steve Fuller at 2015’s Breakthrough Dialogue, expanding the roster of ecomodernists to include a leading transhumanist. Fuller is a philosopher-sociologist and the current August Comte Chair in Social Epistemology at the United Kingdom’s University of Warwick, as well as a UK Academy of Social Sciences Fellow and a member of the European Academy of Sciences and Arts.

Fuller is considered a founder of social epistemology having founded the discipline’s first journal (Social Epistemology) in 1987 and written the book Social Epistemology in 1988. Fuller’s work has also focused on the philosophy of religion, transhumanism, the politics of technology, and futurism.

In 2014, Fuller co-authored the book The Proactionary Imperative, in which he argued that the ‘precautionary principle’ be abandoned in favor of a more ambitious socio-political attitude. In a 2014 interview with the Breakthrough Institute, Fuller describes the proactionary principle this way:

Fuller argues that today’s “Left-Right” distinction is unhelpful, and should be replaced by “Upwingers” and “Downwingers” who will compete over the best path towards the future.

Fuller is a leading philosopher and public intellectual. He has also written several responses to ‘An Ecomodernist Manifesto.’

David Lea has distinguished himself by encouraging dialogue, weighing different approaches to address the climate challenge, and never ceasing to seek pragmatic solutions.

A climate scientist and professor at UC Santa Barbara’s Department of Earth Science, Lea’s work focuses on climatological history, carbon cycles, and ongoing climate change. Lea has also been granted fellowships by the American Association for the Advancement of Science (AAS), the American Geophysical Union (AGU), and the US Department of State, where he advised chief the United State’s chief UNFCCC negotiator Todd Stern.

In these capacities, Lea has had an outsized role in informing and shaping US climate policy.

In June 2015, Lea joined us at our fifth Breakthrough Dialogue in Sausalito, California. There, Lea argued in favor of the ‘2-degree’ target for guiding global emissions policy. Even recognizing that it is now more than likely that global temperatures will exceed 2 degrees Celsius above preindustrial levels, the target serves as a useful scientifically informed symbol for motivating and ratcheting up climate action over time. “Climate science should work very hard to define the temperature thresholds for the tipping points,” said Lea, arguing that mitigation and adaptation policy are best informed by a solid understanding of climate impacts. 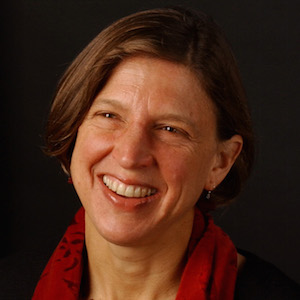 Pamela Ronald is a professor of plant pathology at the University of California at Davis. Ronald has helped establish Davis as a leading research institute in agricultural innovation and plant genetics. She is also Director of Grass Genetics at the Joint BioEnergy Institute, a Fellow at the American Association for the Advancement of Science (AAAS), and co-author of ‘An Ecomodernist Manifesto.’

Ronald’s work helped lead to the introduction of ‘Sub1’ varieties of rice in seven countries including India and Bangladesh. The Sub1 traits improve rice’s resilience of water submersion and has been distributed to four million farmers with the help of the Bill and Melinda Gates Foundation.

In 2008, Pamela co-authored the book Tomorrow’s Table with her husband Raoul Adamchak. Their book describes how both organics and genetically modified versions of crops have vital roles to play in feeding the world in 2050. To feed a growing population without paving more of wild nature for agricultural land, Ronald and Adamchak argue that all paths towards yield improvements should be considered and pursued.

Ronald articulated her case for ‘blended agriculture’ in a widely-viewed 2015 TED Talk, where she described her life’s work: “We want to help nourish the growing population without further destroying the environment. I believe this is the greatest challenge of our time.”

Michael Shellenberger is a cofounder of the Breakthrough Institute and a coauthor of ‘An Ecomodernist Manifesto.’ This year, Shellenberger is stepping down from his long-held position on Breakthrough’s staff to chart a new course for ecomodernism. Even as he leaves Breakthrough, he will remain a senior fellow, advisor, and friend.

That vision became a guiding principle of the Breakthrough Institute, culminating in ‘An Ecomodernist Manifesto’ in 2015. In the decade Shellenberger spent working with Nordhaus and others on modernizing environmentalism, he coauthored the book Break Through, was named a Time Magazine ‘Hero of the Environment,’ appeared on major television programs including CNN’s ‘Crossfire’ and Comedy Central’s ‘The Colbert Report,’ and was cited by hundreds of journalists and scholars. (His collected writings can be found here.) Shellenberger was also one of five leading environmentalists featured in the 2013 pro-nuclear documentary ‘Pandora’s Promise.’

Over his career, Shellenberger brought needed attention to energy innovation, efficiency rebound, nuclear power, the history of public investment in technology, the US fracking revolution, the role of technology in saving nature, and many other pressing global issues.