Dispatches from the Front Lines of the Ecomodernist Movement

Leigh Phillips, whose book I loved, has a great op-ed in the Guardian this week arguing against "eco-austerity."

Phillips' socialist argument in favor of growth and technology is a fascinating one:

It is true that the right-wing Pollyannas say: “Don’t bother your pretty little head; technology will save us.” The green left Cassandras meanwhile run around screaming: “Technology can’t save us; we’re doomed!” The socialist meanwhile says: “So long as we plan and regulate the economy carefully, we need never run out of anything, no matter how large we grow.”

Cornell's Alliance for Science shared this great video on Bt eggplant and benefits for farmers in Bangladesh:

Finnish ecomodernists Janne M. Korhonen and Rauli Partanen argue at Energy for Humanity that efforts to oppose nuclear power are a "most unwise campaign." The piece has some great analysis in it, including this graphic indication of the gap between projected global energy demand and renewable energy potential: 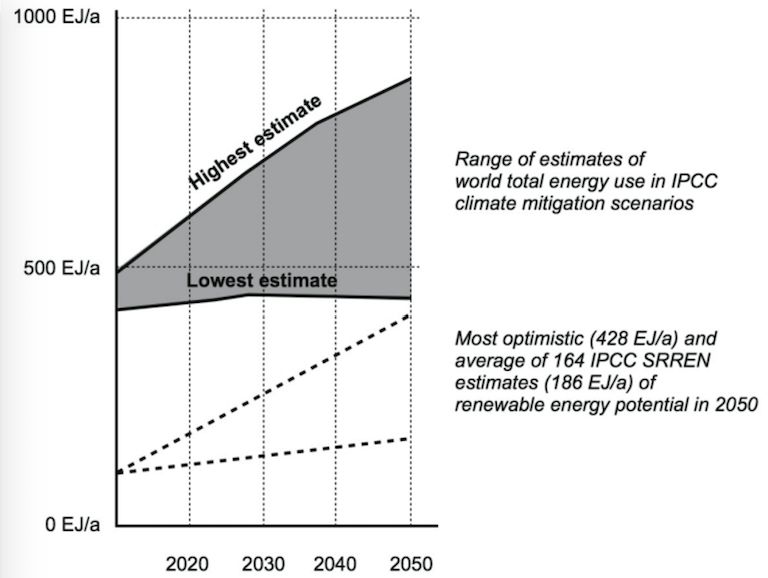 Stanford's Henry I. Miller and ecomodernist mom Julie Kelly have an op-ed at National Review on the many benefits of genetically modified foods:

Recently, the USDA and FDA approved genetically engineered potato varieties that are bruise-resistant, reducing the high percentage of waste for those crops. The potatoes also contain much less asparagine, a chemical that is converted to acrylamide, a probable carcinogen, when heated to high temperatures. The Arctic Apple variety is also resistant to bruising, music to the ears of parents who know that the slightest brown spot on the cut surface of an apple will elicit a “yuk” from most children.

Suzanne Jacobs at Grist asks "Nature and technology are merging...What does that mean for sustainability?" Obviously I'm pleased to see Jacobs offer ecomodernism as a potenitial answer to that question:

But technology is too pervasive for even the most radical environmentalist to deny, and climate change is too important for technologists to ignore. Fortunately, a reconciliation may be on the horizon. Earlier this year, a group of scholars released the “Ecomodernist Manifesto,” a declaration saying that we humans can and should embrace technological development without sacrificing the natural world: “A good Anthropocene demands that humans use their growing social, economic, and technological powers to make life better for people, stabilize the climate, and protect the natural world.”

In one of the better pieces of reporting I've seen this year, journalist Marc Gunther examines the failed promise of clean cookstoves in places like rural India. It's an important case study of an effort to "leapfrog" traditional development with a small-scale techno-fix (I can think of at least one other major example). Gunther:

Whatever the intent, cookstoves have been a tough sell with their target audience of poor women. Even if people are aware of the health risks of cooking over open fires (and many are not), they are reluctant to abandon cooking methods embedded in their culture. “Three decades of efforts to promote both modern fuels and improved biomass stoves have seen only sporadic success,” says a 180-page World Bank report published last year.