The 392 MW, $2.2 billion Ivanpah Solar Electric Generating System (SEGS) has just started delivering electricity. It does not include any component of energy storage. It is expected to deliver a high (for solar anyway) capacity factor of 31.4 percent. That's thanks to a "remarkably intense solar resource of 2,717 kWh/m2/yr" combined with the dual-axis tracking.

As the map below shows, the areas of deepest red shading are blessed with this remarkably intense level of solar radiation. That's a huge area of land, and the available energy must be mind-bendingly large. 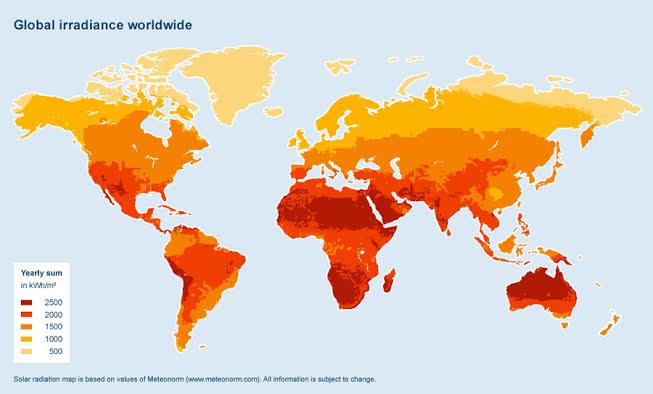 However, the map below shows us this non-portable resource is mostly distant from large loads. Unless we use electricity close to where we generate it, we are stuck with big losses through big transmission infrastructure. These are typically neither cheap, nor popular. This is a traditional criticism of the model of large centralized electricity generation dominated by fossil fuels and nuclear. It applies equally well to large solar. 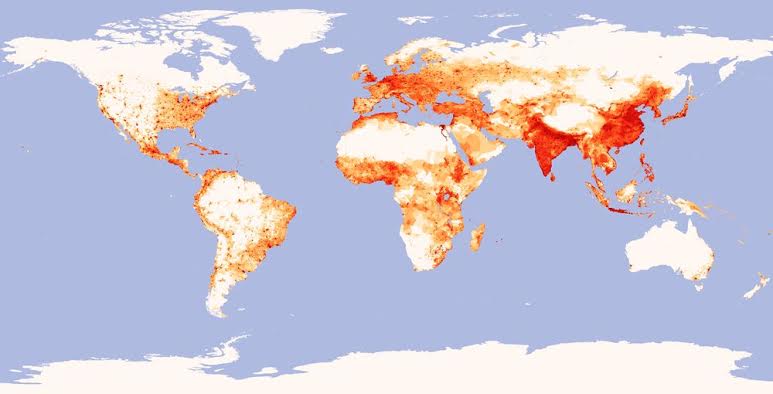 It turns out Ivanpah was a canny location for SEGS. With proximity to the large loads of California, connection also did not require a brand new line, just the politically, socially, and environmentally simpler upgrade of existing infrastructure at a cost of $446 million to $484 million. Ivanpah also provided access to natural gas connection just 0.5 miles away for the gas back up it requires. Ivanpah represents a convergence of excellent resources, electricity network connection, gas connection, and load. That’s consistent with an economically rational process where the optimal sites are exploited earliest. Ivanpah was a dead-set winner for location of large solar.

Even with optimal resource, however, the system is absolutely enormous, with a quoted area of 3,500 acres. 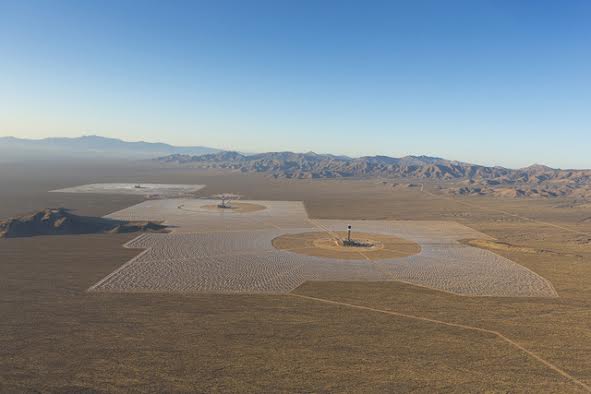 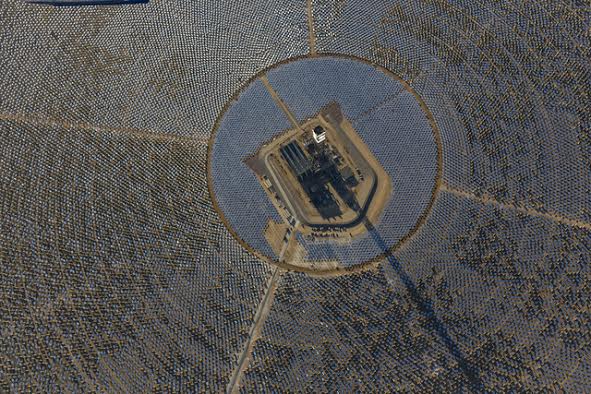 If this is the future of clean energy, it's safe to say environmentalism has comprehensively rejected "small is beautiful.”

We can get the same amount of electricity with greater reliability, from a much smaller area. Consider the land requirements for the equivalent level of electricity generation for small modular reactors (SMR). I tested this by considering a "twin pack" of Babcock and Wilcox Generation mPower 180 MWe SMRs for a total of 360 MWe, close to the rated capacity of SEGS. This front-running SMR design is currently working through the licensing process in the US. An example design is shown below and discussed in more detail here.

The site footprint for this "Twin Pack" is 38 acres. That, combined with the far higher capacity factor, leads to a remarkable cascade of numbers, shown in the table below.

The small nuclear is capable of producing 242 times the electricity per unit land. Small nuclear is as staggering in scale as large solar, just for the opposite reason.

Some might say, well, who cares? We have the land, let's use it.

There is another criterion that matters when selecting sites for large solar: alternative uses of the land, including biodiversity.

In developing SEGS, the project proponent discovered the place was, literally, crawling with endangered reptiles, including the desert tortoise. The project proponent spent more than $56 million relocating the reptiles for their protection with mixed results. Sadly, it seems the lure of raw resource, utility connections, and proximity to load meant endangered species never really stood a chance. The company version of proceedings reads like genuinely good people within a very large company that can only ever put on a positive spin. The truth seems clear: the fauna would have been best served without the disturbance. That we are speaking of solar rather than fossil or uranium energy really does not matter. 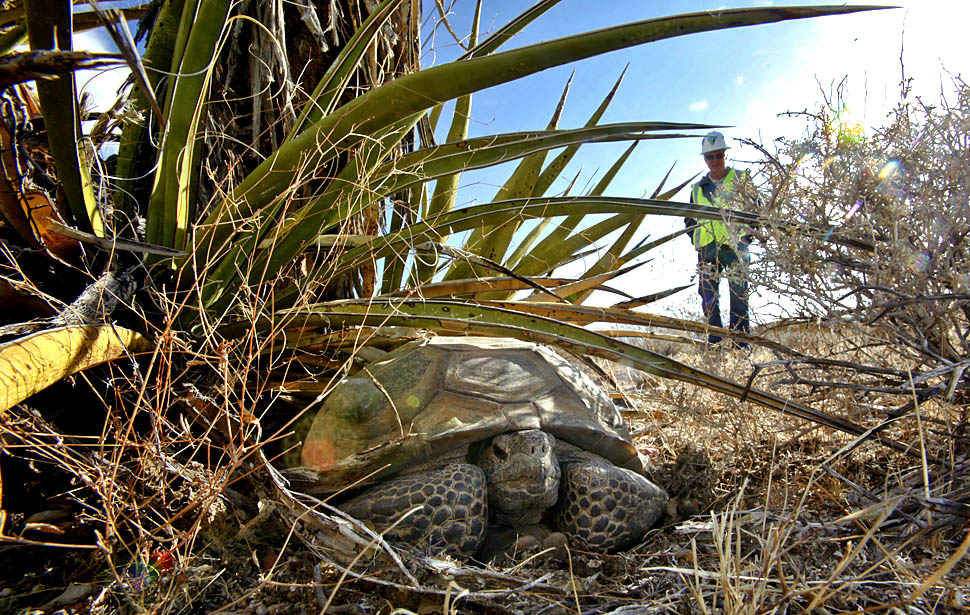 As we further developments in both the most dense and most diffuse sources of energy available to us, extraordinary comparisons will arise. They will present us with profoundly different directions for humanity in the 21st century. There is a popular supposition that solar developments rule out the need for nuclear power in a rapidly developing world that remains dominated by fossil fuels. That is insupportable. It is every bit the "hallucinatory delusion" that Shellenberger says it is in Robert Stone's Pandora's Promise.

Asking whether we want large solar is an entirely moot question. We have it, we are going to get more of it and to the extent it helps us live more sustainably, so much the better. But if we environmentalists presume to advocate treading lightly on an earth that will be home to 10 billion deserving souls, then it is dense energy, not dilute energy that really shows us a way forward. Maybe small is beautiful after all.

Ben Heard is the director of Decarbonise SA, dedicated to moving South Australia to zero greenhouse gas emissions. Like what you see here? Please subscribe to the blog, Like Decarbonise SA on Facebook and follow @BenThinkClimate on Twitter. Read more about the potential for nuclear power in Australia at Zero Carbon Options.