How Ambitious Are the EPA’s Proposed Carbon Dioxide Reductions?

Everything Depends on Your Assumptions About the Future

The Obama administration’s proposed carbon dioxide reductions are larger than what the government's Energy Information Administration (EIA) predicts would happen without regulations, and similar to reductions that would be achieved if the carbon intensity of the power sector declines at the same pace it did between 2005 and 2013, a new Breakthrough Institute analysis finds.

Between 2005 and 2013, carbon emissions from the power sector declined by 15 percent. This decline was due mostly to two factors: the economic recession, when businesses cut back electricity consumption, and cheap natural gas allowing for the shuttering of coal plants. 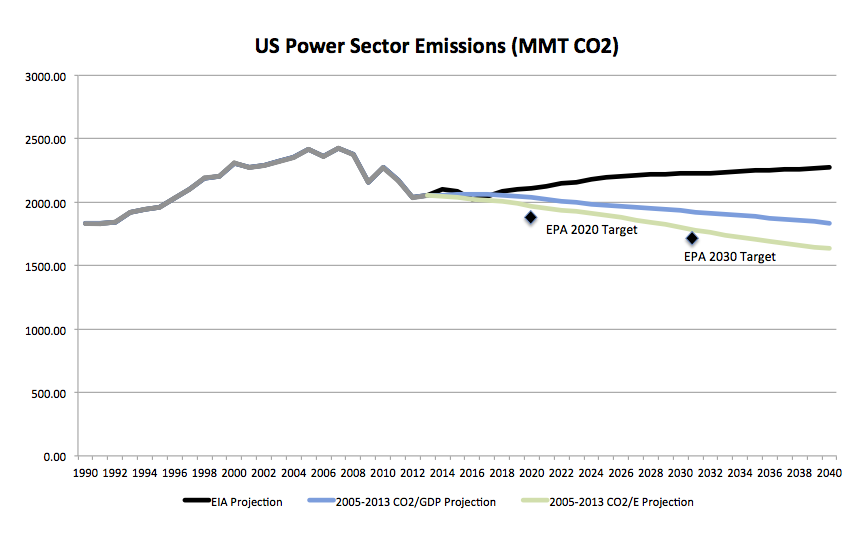 Without new regulations, the EIA, which is part of the Department of Energy (DOE), predicts that carbon emissions will rise 6 percent between 2014 and 2030.