Does renewable energy need to be backed up by fossil fuels? The answer is yes, at least until large scale methods of energy storage are invented. However, the question is one that I would argue is uninformative. A more relevant question is: Can renewable energy supply electricity when demand is at its highest?

There are two key things that vary in an electricity grid: electricity demand and electricity supply. Fundamentally an electricity grid always needs to be able to match demand. Most high latitude countries are like the UK, with maximum seasonal demand in the middle of winter, as shown in the graph below, taken from UK govt. statistics. 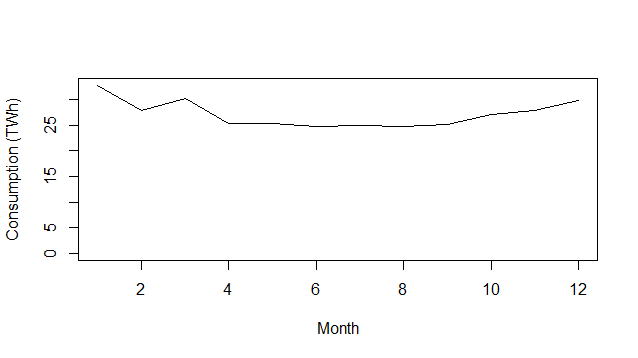 How much electricity can we rely on renewables to supply during winter peaks? Let’s begin with solar PV. Here is Germany’s actual solar production on 5th January 2011. 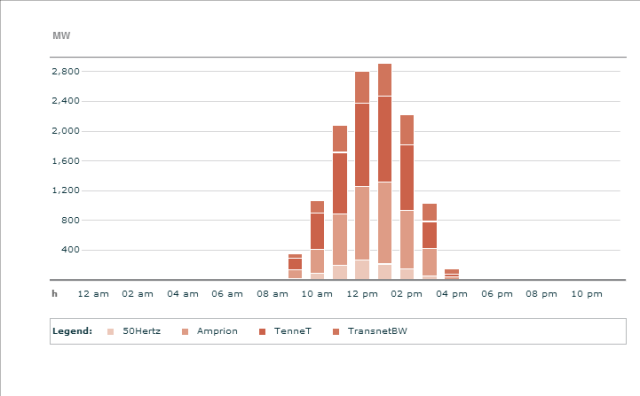 The difficulty is that Germany’s, like most European countries, actual demand peak is around 6 pm, so you’re clearly going to need something else to cover that. In simple terms without large scale energy storage options solar power cannot displace any fossil fuel capacity as long as the winter peak in demand stays where it is.

Could we rely on wind farms to provide power at 6 pm in Winter? At this stage I will switch over to UK and Danish wind production, because these countries have much more readily available data. This is what wind power production in January 2012 looked like in the UK and Denmark. (I have put average monthly wind power in red) 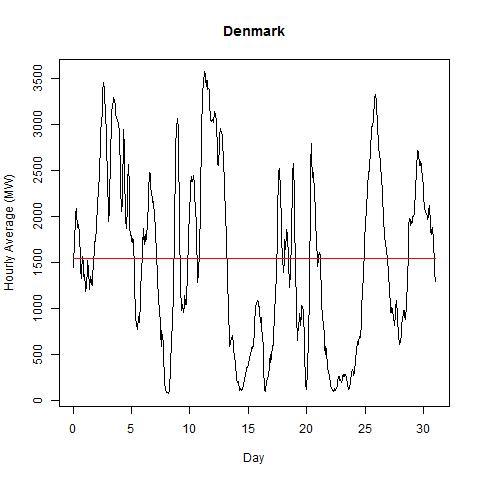 It seems clear that both countries experience occasions when wind power is down close to zero. On such occasions you will have little choice but to burn fossil fuels, or else rely on energy storage (which is currently rather limited.)

Overall it seems reasonable to conclude that the amount of electricity you can rely on wind and solar to provide at the point of maximum annual demand is close to zero. A direct consequence is that an electricity grid with a very high level of non-hydro renewables will either require fossil fuel plants to cover the annual peak in demand, or that large scale energy storage systems can provide the necessary back up. The latter, however is still a work in progress.

Environmentalists must keep these facts in mind when they demand high levels of renewable energy, and complain about new gas plants being built. It currently seems impossible to have the former without the latter.

Robert Wilson is a PhD candidate in Mathematical Ecology at the University of Strathclyde in Glasgow. He blogs at Carbon Counter, where this article first appeared. You can follow him on Twitter @planktonmath. Photo by Ethan Lofton / Flickr.