The growing sense that we will not be moving away from fossil energy any time soon has motivated a search for other ways to cool the planet. The most-discussed proposal is to blow sulfur dioxide into the atmosphere, like volcanoes occasionally do. But doing so risks myriad downsides, including ozone depletion and crop failure. Another way to cool the planet is to remove carbon dioxide from the atmosphere. Carbon dioxide can be captured inside of coal plants or from the ambient air, but doing so is expensive, and significant innovation is required to make it much cheaper.

There may be a better way: tree planting. But to make any serious dent in carbon pollution, the scale must be much larger than a neighborhood or even city-wide tree-planting effort. It must be Outback-sized. And trees are most effective, and economically and ecologically disruptive when they are planted on land that is mostly barren.

Today, humans have the technology necessary to create continent-sized forests. Water from the oceans could be desalinated to grow trees in the desert. Research by cell biologist Len Ornstein suggests that if the Outback and the Sahara were forested, together they would absorb nearly all the carbon currently emitted every year from the burning of fossil fuels and forests.

Over time, the forests would generate rain, sun-reflecting clouds, and much of their own water. They could cool some areas by as much as eight degrees Celsius. And the nations that host these new forests could sustainably harvest the wood to fuel wood-burning power plants.

With today's technologies, Ornstein writes, such an effort would cost more than capturing carbon from coal plants, but it would become much cheaper as desalination technologies improve and the value of harvested wood is taken into account. If the desalination is powered by next-generation nuclear, solar, wind, and coal plants that capture their emissions, the project could also accelerate energy innovation.

Such an endeavor would, of course, involve risks. More moisture could bring more locusts to the Sahara, as wet years do, or stop nutrient-rich topsoil from blowing into the Atlantic and feeding sea life. And the enormous construction projects that would be required bring the risk of all kinds of mismanagement.

Whether or not mega-afforestation ever comes to pass, let it serve as an inspiration to a thought: sometimes small isn't beautiful. Over the next 100 years, there will be roughly ten billion humans on Earth trying to live modern lives and consuming large quantities of energy and water. For their world to be ecologically viable and aesthetically pleasing, we'll need powerful tools to garden it well. / 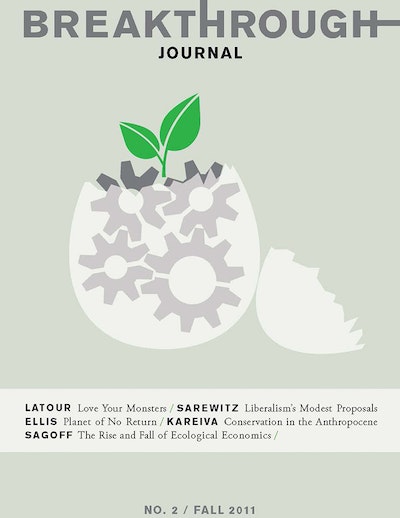