For The Metals Company, the Future of Batteries Is Blue

The future is green, the saying goes, but few realize that a green future is metallic. For example, according to the International Energy Agency, an offshore wind farm requires nine times more critical metals to build than a coal-fired plant, an electric car five times more compared to a gas-guzzling one. To solve climate change, then, the world will have to mine more critical metals than it has in all of human history.

The good news is that metals are recyclable, and once the world has built up sufficient stock, it should be able to largely rely on those and stop taking metal from the planet. The bad news is that it will take until the latter part of this century to get there. In the meantime, we all will have to contend with the global impacts of a rapidly growing extractive metal and mining industry.

First, geopolitically, China dominates the supply chain of critical battery materials, which means that any green transition could entail many countries trading hard-won energy independence for mineral dependence and supply chain insecurity. Second, with the whole world transitioning to clean energy at the same time, supply shortages and price hikes are expected in several key metals such as copper and nickel, with both recently hitting several year price highs. Third, add in the hard-to-compress environmental and social costs of mining abroad—social displacement, child labor, human rights violations, landscape disfigurement and deforestation in some of the most biodiverse places in the planet, destruction of carbon sinks, and the generation of absurd amounts of toxic waste—and we have an issue that leaves many politicians and environmental activists either in denial or deeply conflicted.

Witness, for example, proposed US mining permits being denied or subjected to protests because of impacts on biodiversity and indigenous people (for example, Pebble, Resolution, Twin Metals, Thacker Pass) even as US automakers have announced gigafactory plans with sufficient battery cell manufacturing capacity to meet the goal that 50 percent of all cars sold are electric vehicles by 2030. But where else will the corresponding supply of critical battery materials come from besides new mines?

While all metal extraction causes damage, developing an unconventional source of critical battery metals could help solve many of the challenges. A solution The Metals Company has put forward is seafloor polymetallic nodules—loose potato-sized rocks covering the seafloor in the Clarion-Clipperton Zone (CCZ), located ~1,300 nautical miles from San Diego, between Hawaii and Mexico. These may represent the largest and highest-grade source of four battery metals (nickel, copper, cobalt, manganese) on the planet.

These nodules offer four strategic advantages. First, they are a large and scalable source of materials. Already, The Metals Company’s two exploration areas alone contain in situ metal equivalent to the requirements of 280 million cars, the entire US passenger fleet. Second, since the exploration grounds are located off the US West Coast, they can be easily transported stateside, recapturing upstream steps in the battery supply chain from China, which processes and refines 80% of battery metals today. Third, producing battery components from nodules in the United States would reduce the current supply chain from 50,000 miles to approximately 1,500 miles, reducing the possibility of shortages and logistics delays. Finally, tapping these fields will increase the ability of US suppliers to meet their environmental, social, and governance (ESG) goals, since their use can eliminate solid processing waste, compress CO2 emissions by 70-90%, requires no deforestation, no social displacement, and no child or forced labor, since they will be collected by seafloor robots and surface production vessels.

Over 20 countries sponsor nodule exploration contracts in the CCZ today, including China (largest holder) and France (ramping up investment as part of the France 2030 Investment Plan).

The industry is still in the exploration phase and regulations to enable commercial production are being finalized by the International Seabed Authority (ISA), an intergovernmental organization established pursuant to the United Nations Convention on the Law of the Sea. This nascent industry has also attracted well-organized and effective opposition from ocean conservation NGOs, who advocate for a moratorium on what would be a new extractive industry in the deep sea. A comprehensive assessment of the environmental impact of nodule collection on the deep-sea environment is a prerequisite for being able to secure an ISA exploitation contract, and these studies are still ongoing. If the ISA is satisfied that nodule collection operations would not cause serious harm on regional scales, then commercial production could start as early as 2024.

Gerard Barron is chairman and CEO of The Metals Company 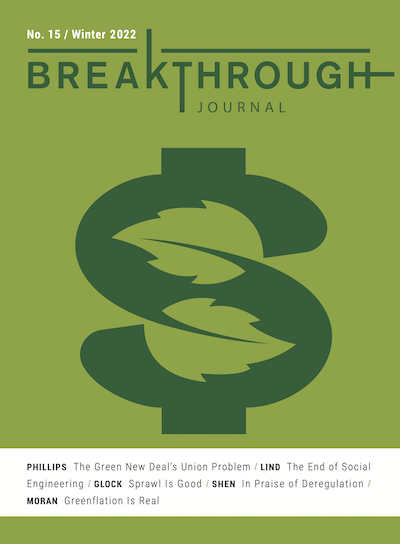