Book Review: The Evolution of Beauty

The Evolution of Beauty: How Darwin's Forgotten Theory of Mate Choice Shapes the Animal World — and Us
By Richard O. Prum

A celebrated Yale ornithologist may surprise as the author of a paradigm-shattering, latter-day feminist tract, but Richard Prum has delivered. Prum’s The Evolution of Beauty sets out to accomplish many discursive interventions at once, which may be why the stakes of his work (despite the anodyne title) feel so high. His primary intervention concerns his own people: biologists who have been misreading Darwin at their “intellectual peril” since the publication of The Descent of Man in 1871. Where natural selection has been taken as evolution’s single unifying force, Darwin also identified a second, distinct evolutionary mechanism in the form of sexual selection, Prum says. Sexual selection has driven a spectacular bevy of ornamental traits in the birds Prum has spent his career studying — from the dizzying feather cones of the great argus pheasant to the five-bird gymnastic routines of the blue manakin to the architectured, color-coordinated display courts of the fastidious male bowerbird. What drives the evolution of these aesthetic features, according to Prum, is mate choice — and specifically female mate choice, which, as he speculates with force in the second half of his book, has shaped humans’ evolution as much as it has birds’. 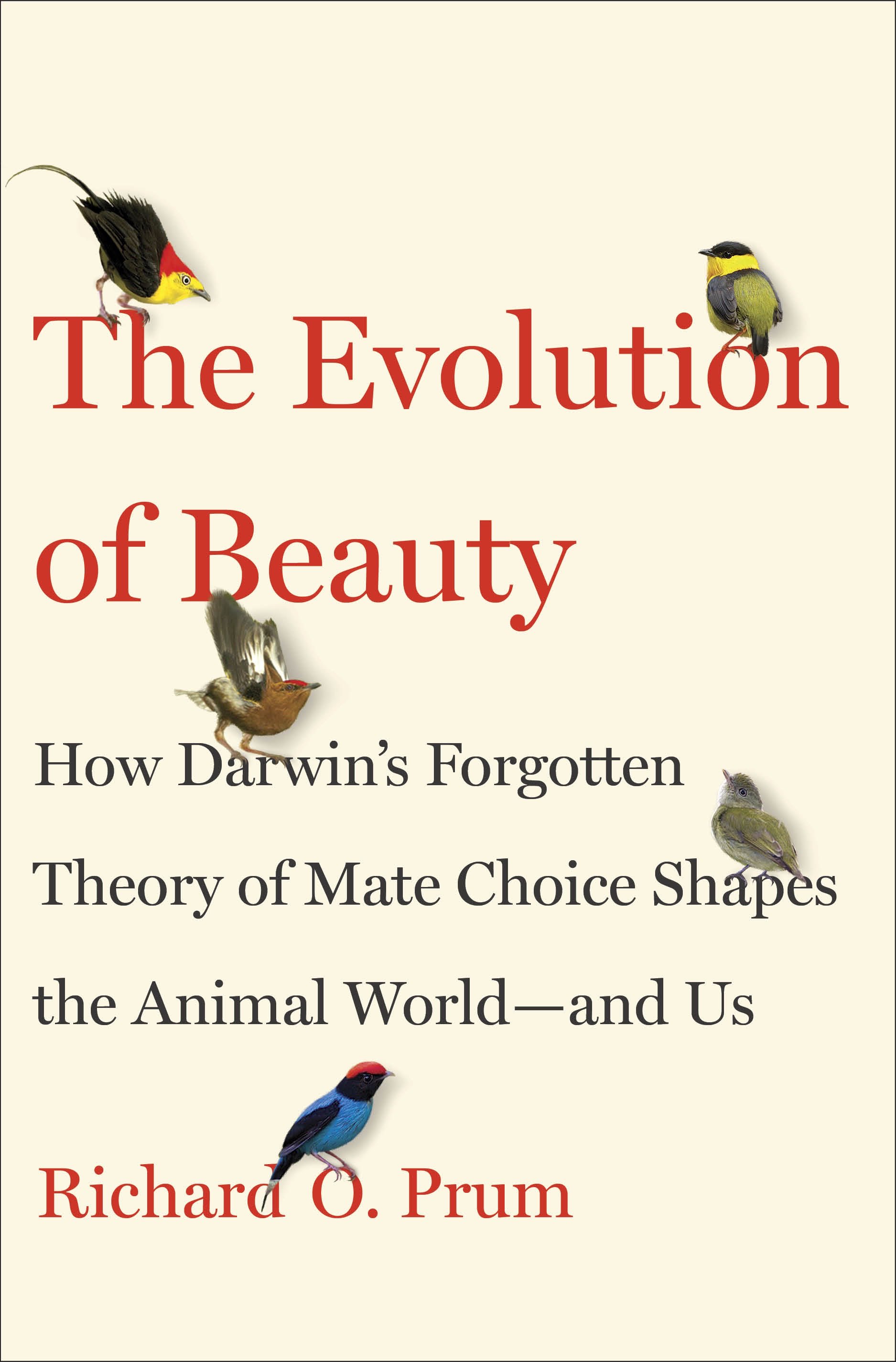 What Prum’s theory of sexual selection does most radically, then, is place female subjective experience and sexual agency at the center of his inquiry, which he finds both evolutionary biology and evolutionary psychology to have utterly failed to do. “Viewing pleasure as the central, organizing force in mate choice, and mate choice as a major dynamic in evolutionary change, the aesthetic theory holds that women’s pursuit of pleasure is at the very heart of the evolution of human beauty and sexuality,” Prum writes. These three radiating clauses speak both to the revolutionary nature of his claims and to their remarkable coherence as they spiral from avian ornamentation to the nature of human culture and sexual diversity, including the wonders of the female orgasm and same-sex desire.

I won’t spoil the fun; any and all should look to this book for sparkling scientific insight into the beauty and diversity of bird and human life. But what should be noted is Prum’s explicitly feminist read of the evidence. Identifying the baked-in biases that have debilitated the scientific institutions he knows best, Prum sets out to rectify those shortfalls by taking female autonomy as his starting point — and advocating for its further advancement. What some might fear looks like the derivation of an “ought” from an “is” in this sense — a prescription for female autonomy based on the discovery of female autonomy — turns out to be the other way around. Scientific findings have always been shaped by “oughts,” often quite sexist ones. Prum’s unapologetically inclusive “ought” is one to be celebrated for its identification of evidence already there for the taking, but for the patriarchal structures that have long obscured it.

Read more from Breakthrough Journal, No. 9

Emma Brush is Co-Managing Editor of the Breakthrough Journal.