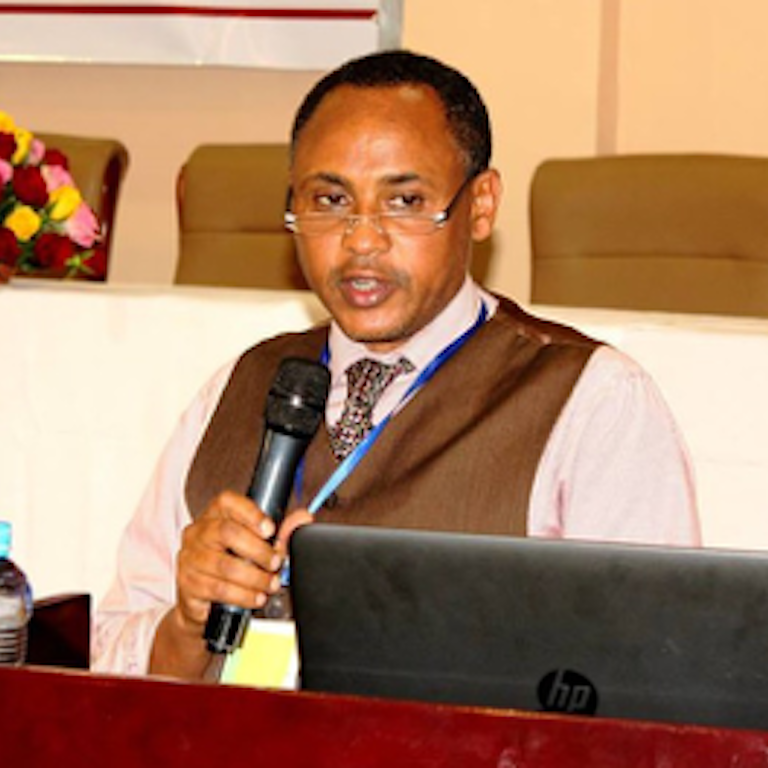 Executive Director, Organization for Rehabilitation and Development in Amhara

Executive Director, Organization for Rehabilitation and Development in Amhara

Dr. Alemayehu Wassie Eshete was born in South Gondar, Ethiopia. He attended Alemaya University of Agriculture, Ethiopia (now Haromaya University) where he received a forestry degree in 1992. He then joined the Ministry of Natural Resources & Environmental Protection as forestry expert, soon becoming head of the district (Woreda) office. In 1995 he moved to the Ministry of Agriculture before working from 1996-2000 for the NGO Food for The Hungry International, where he served as Afforestation Head in Ethiopia. He has also been working for Organization for Rehabilitation and Development in Amhara (ORDA), as forest development project coordinator, Head of Planning and programming department, and since January 2019 as an Executive Director. He received an MSc in Forestry from Swedish University of Agricultural Science and also earned his Ph.D. in 2007 from the Forest Ecology and Forest Management group (FEM) of the center for Ecosystem studies of Wageningen University, the Netherlands; for his research on the roles of Ethiopian Orthodox Tewahido churches in the conservation of forest biodiversity.

Dr Alemayehu is also serving as a board member and an adjunct professor at Bahir Dar University and has mentored dozens of Ethiopian graduate and undergraduate students in addition to his far-reaching administrative responsibilities. As a prominent and respected member of the Ethiopian academic community, Dr Alemayehu represents an indispensable component of the research team. He has been working with many international universities to further study and raise international awareness of church forests since 2005 (view more here and here).

Far beyond his academic research, Dr Alemayehu is also a writer in the world of literature. He has published 'Emegua, Ziguara & Merbebit' mystic nobles in Amharic that many readers witnessed for his gifted literary skills and contents.