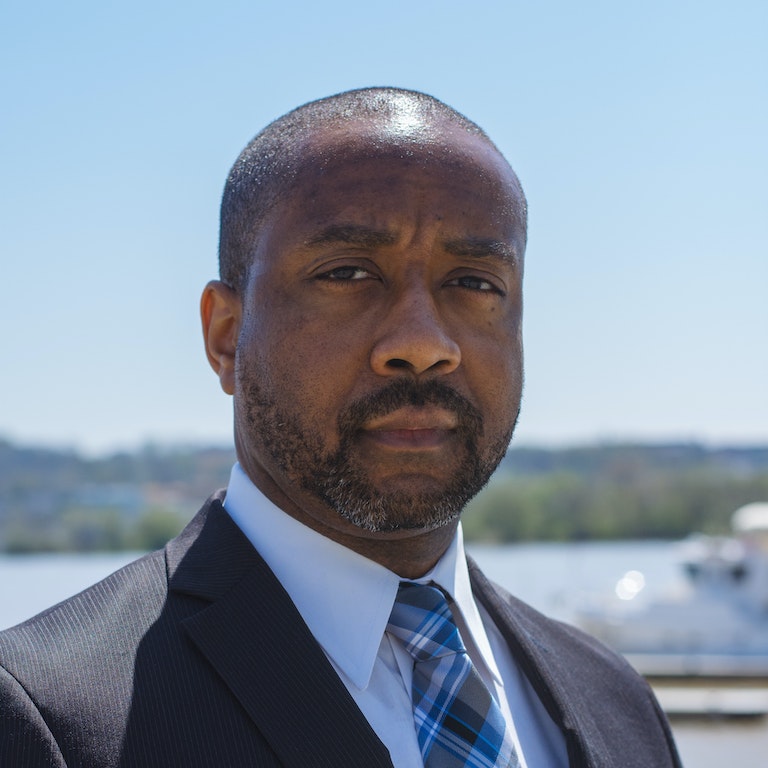 He served in multiple national security positions in the Obama Administration to include Advisor to the Science and Technology Directorate (S&T) at the Department of Homeland Security (DHS). These efforts included serving as the Executive Director of the Homeland Security Science and Technology Advisory Committee as well as a role as Deputy Lead on a TSA Blue Ribbon Panel that reviewed the airline passenger screening system. Following his time in the Administration, he served as the Deputy Foreign Policy Adviser on the Presidential campaign of Secretary Hillary Rodham Clinton.

Along with two Bronze Stars, a Combat Action Badge, and a Meritorious Service Medal, Bishop’s civilian accolades include participation as a member of the Obama Administration’s National Security Leadership Workshop. Bishop is also a graduate of the College of William and Mary Law School as well as the Sorensen Institute for Political Leadership’s Political Leaders Program at the University of Virginia. Currently, Bishop serves on the Board of Directors of the Council for a Livable World, a non-profit focused on the reduction and elimination of nuclear weapons, as well as the Northern Virginia Regional Advisory Board of the non-profit Urban Alliance.

In 2017, Bishop served as an American Delegate for the American Council on Germany’s Young Leaders Conference in Munich and Berlin as well as a member of Cultivate the Karass Campfire Cohort III. Bishop is also the recipient of 2017 Taylor Revelry “Citizen Lawyer” Award from the College of William and Mary Law School.