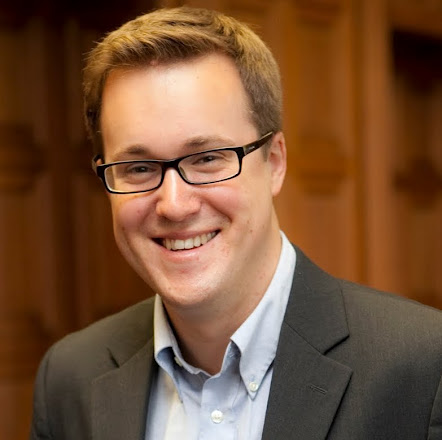 Jesse Jenkins, Breakthrough Institute's Energy and Climate Policy Director and cofounder of Breakthrough Generation, will pursue graduate studies in the Technology and Policy program at the Massachusetts Institute of Technology this fall, bringing to a close a four-year tenure as Breakthrough's lead climate and energy analyst.

"Jesse has gone from being one of the brightest climate policy analysts of his generation to becoming an analytical giant in the field in less than four years," Breakthrough Institute President Michael Shellenberger said.

Jesse said he wanted the "ability to continue a lifelong career of policy research, advocacy, and education," and decided a PhD through MIT's Engineering Systems Division was the best path. There, he will focus on the role of innovation in manufacturing processes and the importance of manufacturing to advanced economies.

Jesse has been awarded a National Science Foundation Graduate Research Fellowship and was named an Energy Fellow through MIT's Energy Initiative. He will also serve as a research assistant for the Production in the Innovation Economy program.

Jesse hopes to gather insights from manufacturing and innovation in non-energy sectors that can be used for energy policy making, furthering much of the work he did at Breakthrough.

"This is the work that has helped us move from being the 'bad boys of environmentalism' to running an institution that is widely respected analytically and has become much larger than the two of us," he said, referring to co-founder Shellenberger.

Jesse is lead author or co-author of numerous Breakthrough Institute reports, including "Beyond Boom and Bust: Putting Clean Tech on a Path to Energy Independence," "Bridging the Clean Energy Valleys of Death," "Climate Pragmatism," "Energy Emergence: Rebound and Backfire as Emergent Phenomena," "Where Good Technologies Come From," "Post-Partisan Power," "Strengthening Clean Energy Competitiveness," and widely cited analysis of Congressional climate change legislation. His work and analysis has been featured in major media outlets including the New York Times, the Wall Street Journal, the Washington Post, Time magazine, and Newsweek.

This week, Jesse testified before the Senate Energy and Natural Resources Committee on the role of government in energy innovation. The invitation followed the release of the recent report, "Beyond Boom and Bust," which was co-authored with scholars at Brookings Institution and World Resources Institute and garnered widespread media coverage as well as a Sunday editorial endorsement by the New York Times.

When Jesse first came to Breakthrough, his role was undefined, Nordhaus recalled.

"In a very essential way, I would suggest that Jesse's transition really prefigured the transition that we were all making and pointed the way to what Breakthrough has become today," he said. "And what an amazing ride it's been."

Hailing from Forest Grove, Oregon, Jesse is a graduate of the Robert D. Clark Honors College at the University of Oregon. He will be married on June 3.