For some time now, a number of people have urged me to read The Great Disruption: How the Climate Crisis Will Transform the Global Economy by Paul Gilding (2011). I grabbed a copy a little while ago. 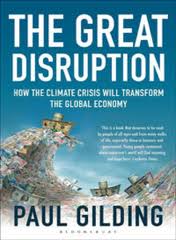 I was prompted to examine it more closely after reading this article by Gilding. I appreciate optimism, but this piece leaves optimism behind in preference to incredible confirmation bias.

All of the evidence in Gilding’s piece is pulled together to support his premise of imminent renewable revolution as part of global mobilization against climate change, while any and all countervailing evidence is blinkered out. He references the headline from a Bloomberg article regarding new renewables in Australia now being cheaper than coal. This headline’s claim and the work underpinning it was demolished in a critique by me and Tristan Edis of Climate Spectator, both of us (but the latter in particular) being supporters of renewables having a role in the changes to come. But Gilding took the Bloomberg piece at face value, along with everything else. His article managed to talk about winning the climate crisis seemingly on the back of wind and solar. There was no mention of biomass, energy storage or, you guessed it, nuclear power. So I picked up Gilding’s book with trepidation to check his treatment of nuclear power in Chapter 12. It began promisingly:

I’m simply advocating a careful rational discussion about the opportunities open to us, and an intelligent debate about the alternatives, in the context that a failure to change will have consequences.

That’s what I’m advocating, though I recently argued the discussion will need to be pretty quick with some winners picked.

I don’t see how nuclear can even be a good partial solution given the complications of waste, terrorism and supply limits. I’m certainly open to being persuaded why I might be wrong, but I haven’t been yet.

I’m going to resist the temptation to go after the obvious points of waste, terrorism, and supply limits. Instead I want to look at the packaging.

First, “I don’t see how nuclear can even be a good partial solution.” 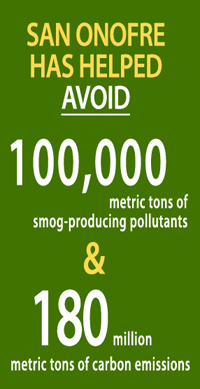 Gilding has missed the fact that it is already well more than a partial solution. Thanks to the existing deployment of nuclear power, comprising over 400 reactors in nearly 30 nations, this technology avoids emissions of approximately 2 billion tCO2-e every year. If that is not the starting point of considerations, then the ensuing discussion is going to be anything but careful and rational.

Second, “I’m certainly open to being persuaded why I might be wrong, but I haven’t been yet.”

This irks me. The message seems to be that the world owes Gilding an argument in favor of nuclear, made to Gilding’s satisfaction. It doesn’t. I used to be ardently anti-nuclear. I changed my mind over a period of years, first just quietly thinking and paying attention, then actively researching and exploring the issues. Many people were influential. No one persuaded me why I was wrong. I did that bit. It’s called analysis.

Gilding then asserts that “geothermal and renewable energy provide an intrinsically more elegant and intelligent solution to our energy needs than anything else.” If anything could be described as “intrinsically intelligent,” it would be the fastest possible replacement of fossil plants with zero-carbon alternatives that deliver the exact same service. That’s what France did, and the technology deployed was nuclear power. Again, as recently argued, trying to deploy technologies that act nothing like what they are supposed to replace is part of what has driven our failure so far.

Gilding supports his position with factoids you may recognize about the amount of solar energy hitting the earth, the amount of wind blowing, and the amount of energy in the tides. He is comfortable with skipping a few steps in the process to make this conclusion:

So there is just so much energy available, it is implausible that we cannot access it effectively and at a reasonable price if we put our minds to the task.

Consider the alternate burdens of proof. In terms of nuclear power, a case must cover a range of issues to the author’s satisfaction, despite the fact that it is already doing precisely what is needed (with some acknowledged drawbacks). In the case of renewable technologies, the mere presence of an abundant raw resource makes anything other than success “implausible” provided we try hard enough. What happened to “careful rational discussion” and “intelligent debate about the alternatives?”

This is self-serving reasoning for a vision that arbitrarily excludes nuclear, and becomes more apparent when Gilding assures us that “something else will come into play that will kill off nuclear power and coal with CCS.” He adds, “That is the speed of change.”

Within a few pages, “careful rational discussion” has become “kill off nuclear power and coal with CCS.” Rapid growth in the renewables sector is invoked with the simultaneous assumption that development of any other technology is on hold. This is clear confirmation bias. Overall growth in the quantity of energy demanded is sending emissions skyward even as these mind-boggling growth rates in renewables occur. It’s as simple as looking at the data.

The pretense that the author has been careful and rational in his consideration of the role of nuclear is dangerous. Some readers will believe he put some effort into considering the sensible place for nuclear power in a world that needs to tackle climate change. He didn’t. It is a perfect illustration of the point I recently made with co-authors at The Conversation: if we fail in the next 25 years as we have in the previous, it will be so-called environmentalists who are as much to blame as anyone.

In decarbonizing the world, there are bound to be a few complex formulae that will be required. But here’s a simple one that may be the most important:

Ben Heard is the director of ThinkClimate Consulting, based in Adelaide, Australia. This post originally appeared on his blog Decarbonise SA.
Photo Credit: PaulGilding.com