The Psychology of Climate Change

A growing body of scholarly and scientific studies finds that fear-based appeals around climate change backfire, resulting in increased climate skepticism and fatalism among much of the public.

This post summarizes scholarly and scientific articles published in peer-reviewed publications on the psychology of climate change.

On a positive note, many studies show that framing climate solutions around technological and economic progress and solutions increases belief in global warming. 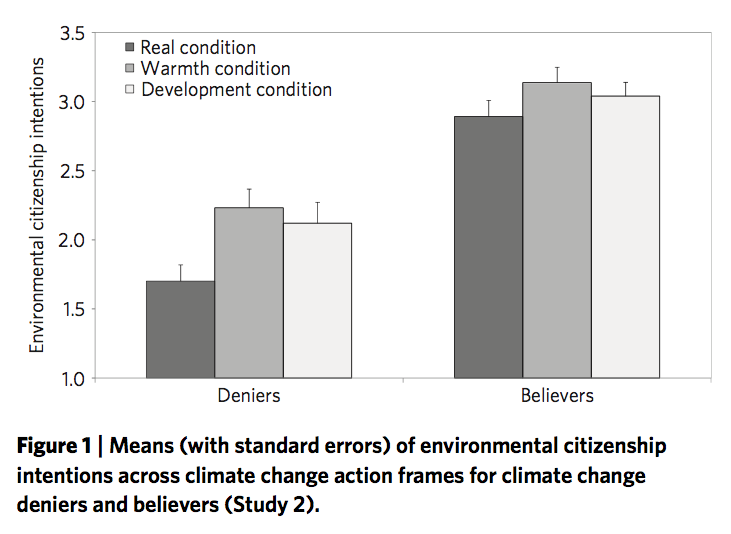 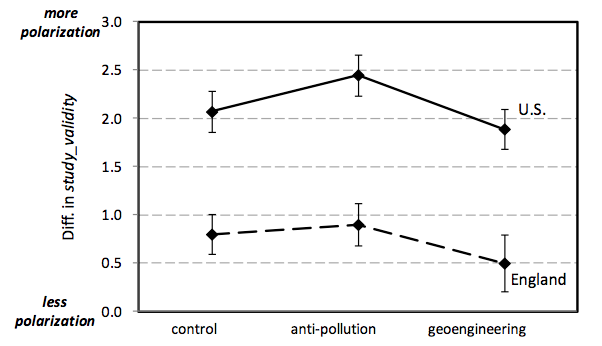 Positive Rather than Fear Based Appeals More Effective Among Skeptics 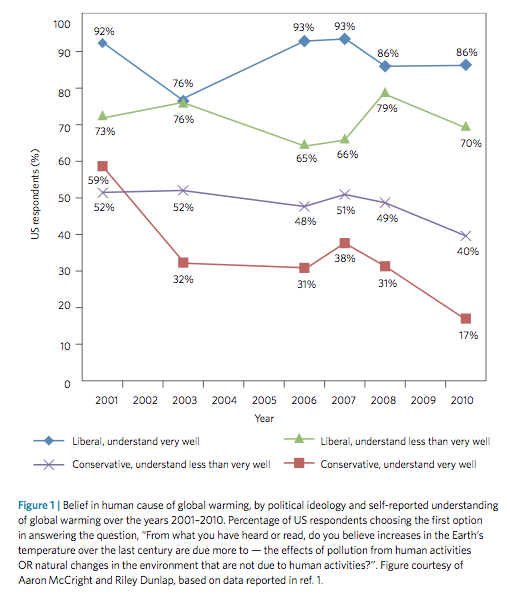 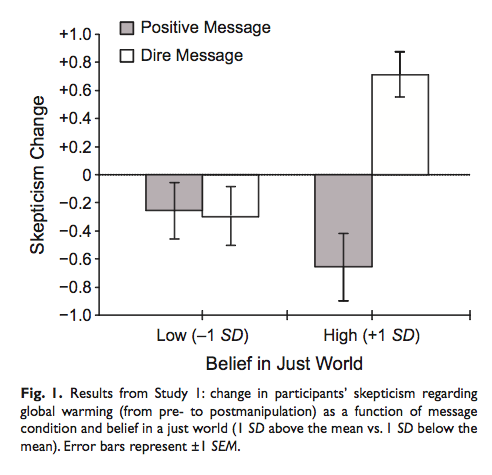 “The Second National Risk and Culture Study: Making Sense of – and Making Progress In – the American Culture War of Fact”

“System Justification, the Denial of Global Warming, and the Possibility of ‘System-Sanctioned Change’”

“Fear Won’t Do It: Promoting Positive Engagement With Climate Change Through Visual and Iconic Representations”

“How to Talk About Climate Change and Oceans”