After the Culture Wars

April was a tough month for supporters of Nevada rancher Cliven Bundy. Hailed by Conservatives for refusing to pay the government to graze his cattle on federal land, Bundy went from right-wing folk hero to widely denounced villain when he suggested that black people were better off under slavery. Right wing pundits like Sean Hannity and Bill O’Reilly were forced to condemn the sentiment, walking back their previously enthusiastic support for Bundy and his cause. “Those comments are downright racist,” emphasized Hannitty. “They are repugnant. They are bigoted.”

In the wake of Obama’s decisive 2008 and 2012 victories, Republicans have been grappling with the fact that they increasingly appear to be a party of people like Cliven Bundy and his erstwhile supporters. The GOP has managed to hang onto political relevance thanks to gerrymandered congressional districts and lower turnout among youth and minority voters, but with Hispanics and multiracial Americans among the fastest growing demographic groups, the endgame looks clear: a predominantly white, socially conservative Republican Party is unlikely to be competitive in national elections.

These trends might seem to augur permanent minority status for Republicans. And indeed, the success of the Obama electoral coalition in 2008 and 2012 has led many pundits to declare that liberal dominance is here to stay: that an “emerging democratic majority” will permanently diminish Republican electoral prospects nationally. “I think they understand that the situation facing them is very difficult, getting more difficult,” wrote political scientist Alan Abramowitz of the Republican Party. “They’re increasingly desperate.”

Not so fast, argues Michael Lind in a new piece for Breakthrough Journal. The same demographic shifts and changes in values that are benefiting Democrats today also promise to radically redefine the fault lines of future partisan conflicts. As young people and minority voters constitute an ever larger share of the American electorate, divisive social issues like “God, Gays, and Guns” will recede to the background, replaced by attitudes toward the economy and the role of government as the primary axis along which ideological divisions align.

Increasingly, these conflicts will be defined by broad changes in how and where Americans live and work. The migration of the working class and middle-class professionals out of urban centers as living costs rise will create in America's cities “an hourglass-shaped social structure, with wealthy individuals at the top, many of them rentiers living off their investments, and a large luxury-service proletariat at the bottom.” Suburbs and exurbs, on the other hand, will tend towards “a diamond-shaped class system, with few rich, few poor, and a dominant middle." Lind observes that the regions we now think of as "red" and "blue" America are already undergoing this process of social and economic sorting and dubs these evolving economic geographies, "Densitaria" and "Posturbia." The growth of non-white constituencies may get all the attention, but it is these less recognized demographic shifts, Lind argues, that will define the future of American politics.

The end of the culture wars and the rise of Densitaria and Posturbia will redefine America’s political and ideological landscape. Densitaria, home to high-density business and residential districts, will be the home address to an emerging "liberaltarian" coalition. The liberaltarian coalition will seek means-tested entitlement and social programs and market based health and environmental policies designed to incentivize businesses and corporations to provide public goods such as cleaner air and universal access to medical care. Dominated by the FIRE (Finance, Insurance, Real Estate) sectors of the economy, the liberaltarians of Densitaria will see little to lose and much to gain from the traditional green agenda, which will largely locate the costs of environmental policies elsewhere.

Posturbia's sprawling rural and peri-urban expanses, dominated by single-family housing and decentralized office parks, malls, and stores, will be the home of the “populiberals.” While skeptical of heavily progressive tax schemes and social policies targeted explicitly to benefit the poor, populiberals will support a more robust and direct role for government in the economy and will tend to prefer universal social insurance programs to means-tested entitlement programs. With their regional economies more dependent on sectors such as manufacturing, refining, agriculture, and resource extraction, the populiberals of Posturbia will cast a more skeptical eye towards environmental policies that aim to protect the environment at the expense of resource and energy intensive economic activities.

The geographic split that Lind describes won't be so much a break from the past as the next stage in the continuing progression of urban structure in the US, following major shifts in the 20th century in which interstate highways and grid electricity allowed factories and blue collar labor to migrate out of cities into lower cost suburbs or exurbs. And while it is tempting to assign Densiteria to the Democrats and Posturbia to the Republicans, Lind cautions that we should not be so quick to make that assumption. The strong identification of urban centers with the Democratic coalition in recent years has been driven in part by upscale, well educated voters who have fled the Republican Party over social issues but are largely sympathetic with the its libertarian view of government and the economy. Immigration reform and urban poverty, meanwhile, are getting new attention from conservatives while a fresh crop of minority Republicans like Marco Rubio and Ted Cruz are attempting to rejuvenate and diversify the party’s image. Over the long term, the party may be able to make inroads with urban minority constituencies.

At the same time, the biggest beneficiaries of universal entitlement programs, working and middle class households, increasingly live in Posturbia. Growing Latino, Asian, and mixed race populations are diversifying Posturbia, and as they move from the cities to the suburbs, their politics may change. A growing middle class and suburban Hispanic population may ultimately prove to be a good deal more diverse ideologically than has been the case in recent years, and many in that group may find their economic aspirations better aligned with the populiberal agenda than the liberaltarian one.

Confident political forecasts are, of course, a fool’s errand, and it may be that Lind’s vision does not come to pass. But Lind’s message is clear: don’t get lost in the next election, the horse race of DC party politics, or predictions of the imminent demise of the Republican Party. Beneath the push and pull of the ever-churning political cycle there are tectonic shifts afoot, with far broader implications than the result of the 2016 election or the next poll out from Gallup and Pew. The political conflicts and coalitions that define American politics in the coming decades are likely to look quite different than those that have dominated – and often paralyzed – American politics over the last three decades. If it is hard to imagine a Democratic Party representing the economic interests of middle class Hispanics in Posturbia against the plutocrats, service employees, and creative classes of Densiteria, such a future is no more preposterous than was the notion, fifty years ago, that the Republican Party would become the party of Irish and Italian Catholics and poor white southerners. 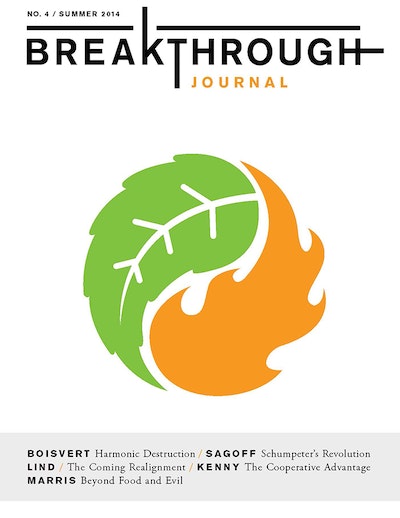