Peering Through "The Fog of Enactment"

As the Biden administration begins to square its climate ambitions with the political realities of a divided Congress, Leah Stokes’ Short Circuiting Policy (Oxford: 2020) is essential reading for climate and clean energy advocates. The book draws together the political science literature with careful case studies of efforts to pass and repeal state clean energy laws. Stokes constructs a framework for understanding the failure of these policies in many states that is rich in detail, if at times a bit Manichean.

Stokes conceptualizes policies as political battlegrounds. She extends Clausewitz’s “fog of war” to a “fog of enactment,” in which interest groups and politicians are uncertain about the content and the consequences of enacted policies. The fog is thicker for policies that are novel, federalistic, and technical, as energy policies often are. Stokes’ original research reveals that legislators and their staff are, by their own admission, frequently unable to predict the consequences of policies at the time of enactment, even within their specializations.

As policy is implemented, the fog begins to lift. Interest groups become better informed about what is at stake and how to leverage uncertainty and information asymmetries to advance their political priorities. As the battle lines become clearer, “organized combat” develops over policies. Interest groups, political parties, and ideological interests sort themselves out in a more coherent fashion.

Stokes first applies this framework to state Renewable Portfolio Standards (RPS), which mandate an increasing share of electricity from renewable sources by a given date. She documents how electric utilities and conservative political groups organized across state lines against these policies after their impacts became known from early-adopting states. This resulted in repeal or retrenchment of the policies in several states and the failure of clean energy policies to “lock in” through the creation of supportive constituencies.

This dualistic story is a familiar one. Electric utilities and conservatives are the “bad guys” who oppose clean energy, while environmentalists and progressives are the “good guys” who support it. But that framework turns out to be less general than Stokes implies.

A second case of net metering policies fits less neatly into Stokes’ “organized combat” framework. These policies reward consumers for installing distributed generation, like rooftop solar, by paying them the same rate they are charged for electricity from the grid. Net metering policies incentivize the deployment of distributed resources like rooftop solar in ways that a number of analyses have demonstrated are both regressive and inefficiently costly. Net metering policies reward rich homeowners who can afford costly solar installations and benefit from their low-value generation, while raising the grid system costs and the share of those costs borne by poorer households.see Burger, Scott P., Christopher R. Knittel, and Ignacio J. Pérez-Arriaga. "Quantifying the Distributional Impacts of Rooftop Solar PV Adoption Under Net Energy Metering." http://ceepr.mit.edu/publications/working-papers/744.

The resulting battle lines around net metering in many states look quite different than those that have formed around renewables mandates. By supporting net metering, conservatives and libertarians looking to exit publicly regulated utility systems have made common cause with the Sierra Club and other groups determined to promote localist environmental measures. Utilities, ratepayer advocates, and low-income communities have frequently been on the other side of that debate. The “good side” for environmentalists in this battle is less clear; a growing number of climate advocates have raised questions about the efficacy of incentives for distributed resources like rooftop solar, which are typically much less cost-efficient than utility-scale generation and hence raise the total cost of decarbonizing the electrical sector relative to other pathways.

Even the organized combat around renewables mandates has become less predictable than Stokes suggests. Some progressive utilities have recently adopted voluntary clean energy targets analogous to RPS, including many that are more ambitious than the state policies under which they operate. In other states, utilities have explicitly supported state clean energy standards because they create financial incentives for their low-emitting assets, particularly troubled nuclear power plants. The diversity of observed interest group actions on these policies is underexplained by a simple dualistic model of “organized combat.”

The former problem is largely a reflection of the limitations of her discipline, which has historically had a bias against excessively “applied” or “legalistic” domains of policy knowledge, like energy policy. The text is littered with authoritative-sounding political science references whose substantive contribution to the analysis is often neither obvious nor clearly explained.

The latter problem perhaps reflects a bit too much eagerness to map the environmental community’s narrative of itself as plucky, egalitarian reformers fighting the good fight against powerful, anti-democratic corporations on a range of policy disputes. Although this is sometimes the case, Stokes’ own case studies suggest that it isn’t always so.

Clean energy today is big business. Deployment of renewable energy generation capacity outpaces all other forms of electricity generation. Utilities in the United States are typically publicly regulated and sometimes publicly owned. And the major environmental nongovernmental organizations (NGOs) are global advocacy enterprises with annual budgets that run in the hundreds of millions. Conservative bastion Texas is a renewable energy powerhouse while liberal Massachusetts can’t manage to build power lines to import existing clean hydroelectric power from Canada. Corporate interests are arrayed on all sides of most of these disputes, as well as competing public interests that are not always easily reconciled.

In the end, though, climate and clean energy advocates need not be convinced of all of Stokes’ arguments to derive tremendous insight from her book. The reader gets a front row seat to a decade of efforts to accelerate the clean energy transition in the United States. As halting and frustrating as those efforts have been, it is worth remembering that advocates have important policy victories to show for their efforts. The growth of wind and solar energy in many parts of the country in recent years has been remarkable. We are today on the verge of a similar boom in electric vehicles — and a possible burst of federal policy to accelerate these trends further. Thanks to the changing energy technology landscape and an increasingly powerful clean tech industry, the politics of the energy transition continue to evolve, so much so that in the dying days of the Trump Administration, Congress overwhelmingly passed the most substantial clean energy legislation in American history.

Although that package didn’t go as far as we need, it does show this: even in a federal policy environment that has been gridlocked for years over many important policy questions, progress on climate change and clean energy is possible and success can still breed success. Each incremental step in promoting the development and deployment of clean energy technology makes the next step easier.

Moreover, Stokes’ effort to theorize the political science of the energy transition is very welcome, if nascent. It’s best to approach energy policy in an interdisciplinary fashion. Economists, engineers, lawyers, political scientists, physical scientists, and ecologists all have something to say about energy, but somehow their disciplines almost always get in their way.

Political scientists have arguably been underrepresented in energy policy discussions, an absence that has impoverished those discussions. The field has been too often dominated by technocratic visions that fail to grapple with the political dimensions of energy policymaking or by activist tropes that fail to acknowledge the competing and often legitimate interests that policymakers must navigate. Short Circuiting Policy is an early landmark in Stokes’ flourishing career, and it should encourage many more political scientists to turn their disciplinary lens towards the monumental and multidecadal task of accelerating the global energy transition. 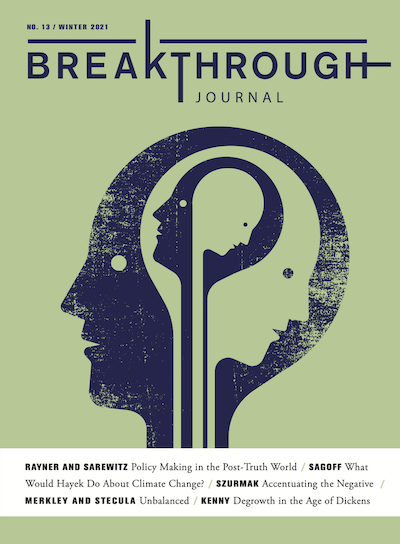