To make the soup, melt the butter in a heavy bottomed pot and add the onion and garlic. Season with salt and cook over low heat until the onions are completely translucent, about 10 minutes. Meanwhile, cut the kernels of corn off each ear and scrape the cobs to remove as much liquid as possible. Add the corn to the pot of onions and season with salt. Increase heat to medium and cook until kernels just start to change color. Add the chicken stock and bring to a boil, stirring frequently. Reduce the heat to low and simmer until corn is fully cooked and very tender. Add the heavy cream and remove from the heat. Blend until smooth and then pass through a fine strainer and season with salt. Chill and reserve for up to 24 hours.

To prepare the shrimp, remove the heads and reserve them. Shell the shrimp and devein them. Discard the shells and the veins. Rinse the cleaned shrimp in ice water to remove any debris. Cut the shrimp into bite-sized pieces and toss with the baking soda

and salt. Reserve chilled for 30 minutes. Meanwhile, melt the 4 oz. butter in a heavy bottomed pot until the foaming subsides. Add the shrimp heads and cook them, smashing them with a wooden spoon so that they release their juices. Add the vadouvan and continue cooking. Cook until the shrimp heads are opaque and bright red and no longer foaming. Remove from heat and allow to cool for a few minutes. Strain through a fine sieve and press down on the heads until they no longer drain. Add the

strained butter to a vacuum sealer bag and let cool to room temperature. Add the shrimp and vacuum seal in a single layer at maximum pressure. To cook, heat an immersion circulator to 135°F and cook the shrimp for 30 minutes. Drain before serving. For the charred corn, heat the butter in a skillet until it stops foaming. Add the corn kernels and cook over medium heat, tossing frequently until the corn is charred. Add the preserved lemon and season with salt and the ground vadouvan. Add a spoonful of

water to deglaze the corn just before serving.

To serve, place a few tablespoons of both the charred corn and the shrimp in a heated bowl and carefully arrange the scallions and radish slices. Add a few drops chili oil to the shrimp. Serve hot soup tableside. 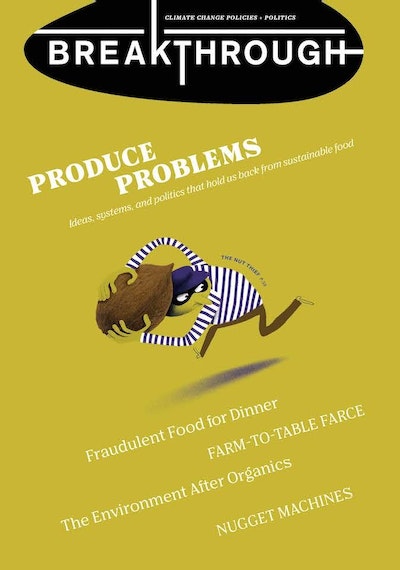