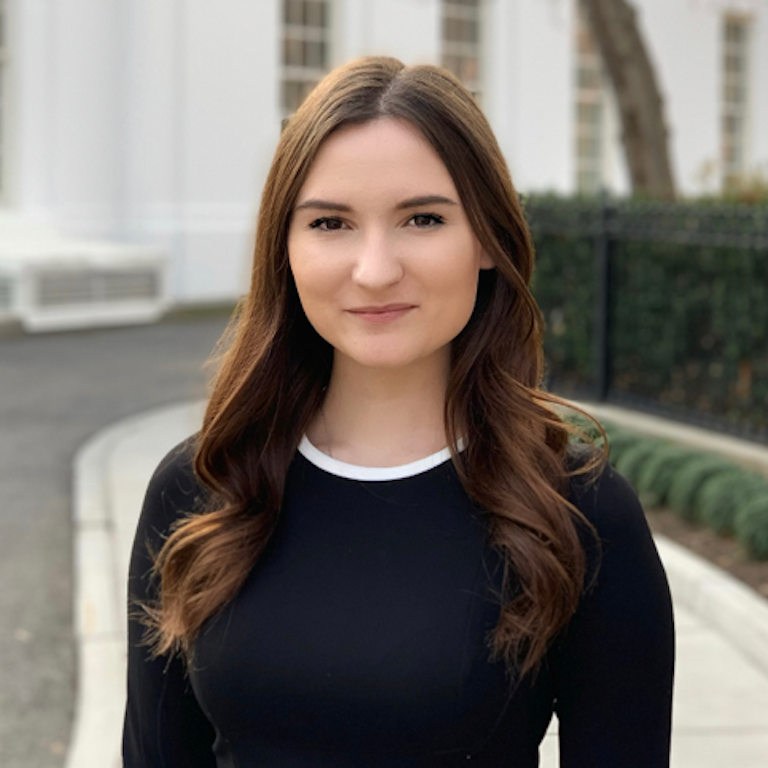 Danielle Butcher is a conservative political executive who aides organizations in developing and implementing their national strategies.

Danielle currently serves as Executive Vice President of the American Conservation Coalition and on the Advisory Board of the British Conservation Alliance, where she merges her love of leadership with her passions for free-market capitalism and the environment. She is also a Visiting Fellow at the Independent Women’s Forum (IWF) working on environmental and energy issues.

Danielle was recently named to 2020’s Forbes 30 Under 30 list. She has spoken at several prominent conservative events including CPAC, appeared as a frequent guest on Fox News Radio and NPR, and has had her work featured in publications such as The Times, The Hill, The Washington Examiner, VOX, and more.

With her work prior to ACC, she served in leadership roles at various conservative nonprofits and organizations. Danielle attended Bethel University in Saint Paul, Minnesota, where she studied Political Science and Rhetoric Communications.