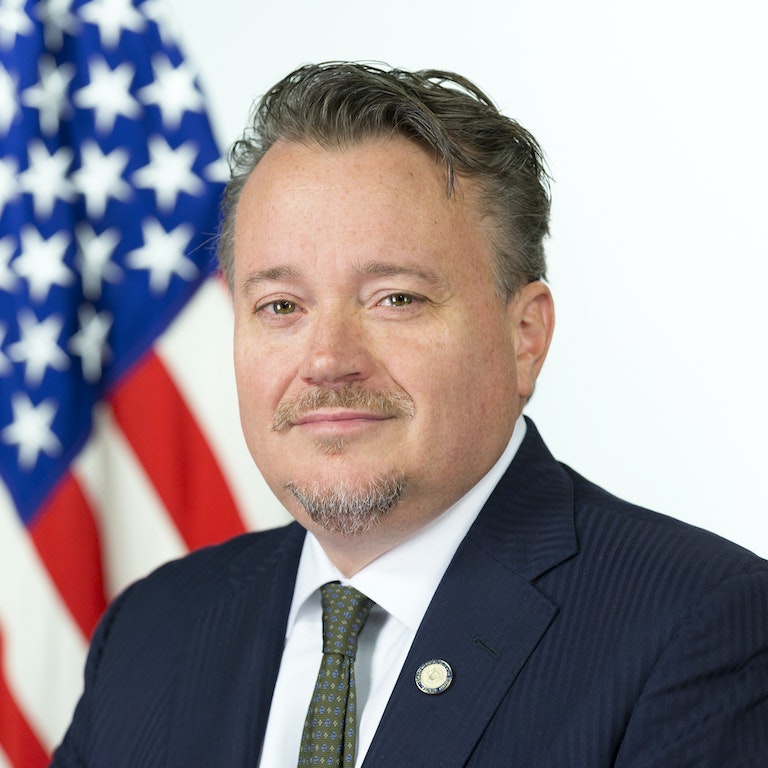 Dave Banks is an economist, political consultant, and policy advocate, focusing on energy, environment, and trade. He is Executive Vice President of the American Council on Capital Formation (ACCF), a DC-based business association with membership that includes Fortune 100 energy companies. Banks has published reports and opinion editorials on a variety of policy issues, including climate change, civil nuclear power, and energy markets and trade. He is also a fellow at Columbia University’s Center on Global Energy Policy and a member of the ClearPath Foundation’s advisory board.

A native southeast Missourian, Banks has been an influential voice on energy policymaking in several capacities. He most recently served as President Donald Trump’s Special Assistant for International Energy and Environment at the National Economic and National Security Councils – a position that required him to manage workstreams related to his portfolio across the federal government. Previous government positions include Republican deputy staff director of the U.S. Senate Environment & Public Works Committee, Senior Advisor on International Affairs and Climate Change at the White House Council on Environmental Quality, a State Department foreign service officer, and CIA economic analyst.

During his government tenure, Banks received multiple meritorious awards, including the EPA Climate Protection Award for Diplomacy, a Department of State Superior Honor Award for promoting U.S. diplomatic objectives for the environment, and a Commendable Service Award from the Central Intelligence Agency. He also worked as deputy director of the nuclear energy program at the Center for Strategic & International Studies and a lobbyist and consultant for Boyden Gray & Associates, a Washington D.C. law firm.

Banks holds a JD from George Mason University and a MA in economics and baccalaureate degrees in history, economics, and political science from the University of Missouri at St. Louis.