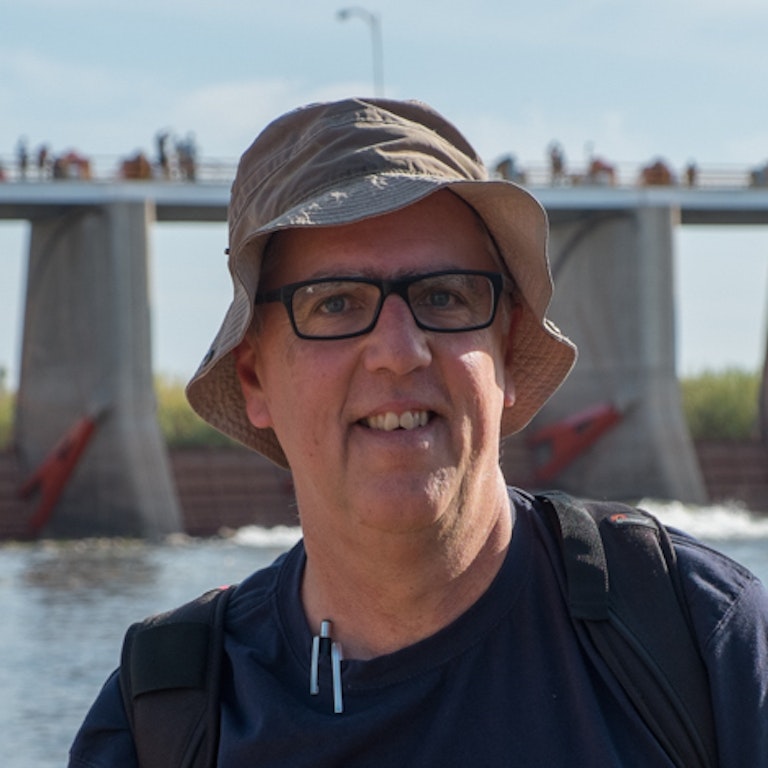 John Fleck is a writer-in-residence and adjunct faculty member in the Water Resources Program at the University of New Mexico. For 25 years, he covered science and the environment for the Albuquerque Journal. As a journalist, including more than two decades' work at the Albuquerque Journal from 1990 to 2014, John grew to increasingly specialize in the water resource issues so critical in New Mexico and arid Southwest. His water-related writings and newspaper coverage have included important legal decisions as well as legislative activity, and spanned the state of New Mexico, as well as neighboring states, such as Arizona, Colorado and Texas. Important recent topics have included persistent drought, wildfire risk and watershed restoration, agricultural water use and trends, municipal water supply and demand, endangered species protections (e.g., the Silvery Minnow in the Middle Rio Grande) and ground water pollution (e.g., the Kirtland jet fuel spill in Albuquerque). His everyday work as a journalist, criss-crossing the state, created numerous connections in the water and policy community across New Mexico, including legislators, federal, state and local agency personnel, tribal and pueblo leaders, environmental and other NGO staff, prominent farmers and other community members, as well a variety of scholars in ecology, engineering, climatology, geography and economics.

In addition to his work for the Albuquerque Journal, John also maintains a popular water blog (http://www.inkstain.net/fleck/), and is a frequently requested speaker, across the Southwest, about western water issues. He has also been a fellow and contributing editor at Stanford University's Center for the American West. He has previously published a book for middle school students about climate change,The Tree Rings Tale, and his new book Water is for Fighting Over comes out in September.