Ecomodernist Cheer for the Holidays

In the last few years I've noticed a surge in what one might call "reality-based" cheeriness about the future. As those profiled in Cumming's article and others show in their work, the world as a whole is getting better along almost every dimension: public health, prosperity and security, violence and conflict, and even environmentally in many ways. Maybe the best part of the article, though, is this quotation from DeFries, who coauthored An Ecomodernist Manifesto:

“If people are bombarded with catastrophe, they stop paying attention. But the other side is that everything is fine and there’ll always be a techno fix. I wanted to find a way between those extremes by taking a historical look at how people have figured out how to produce food over many millennia."

DeFries is describing her great recent book The Big Ratchet, and she speaks to a central view of ecomodernism: humanity has the capability to create a good future, but it is not automatic.

Rachel Pritzker, who runs the Pritzker Innovation Fund and also coauthored the Manifesto, gave a great TEDx Talk earlier this month. Check it out (starts around hour 8:35):

Breakthrough's Jessica Lovering was quoted in this teriffic deep dive into Californian nuclear power by David Baker at the San Francisco Chronicle. I was really struck by this graph and how one single industrial facility can produce electricity on par with dozens or hundreds of installations of different power technologies: 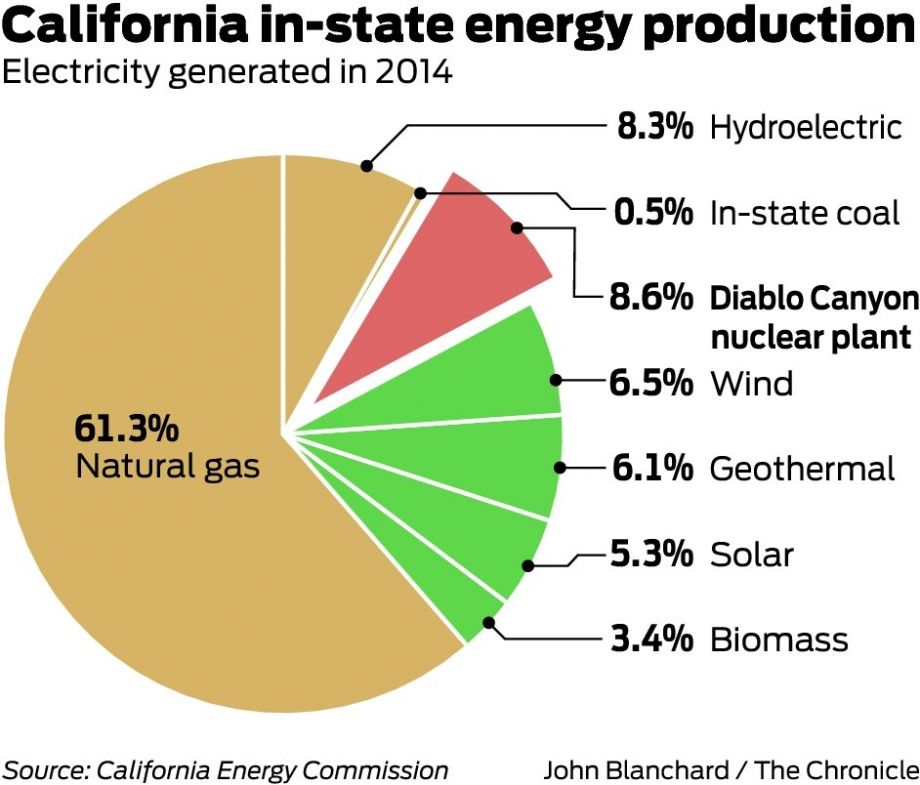 Julie Kelly and Amy Levy have some nice ecomodernist thoughts to offer the UNFCCC in Paris:

The optimistic yet pragmatic approach is attracting people who, until now, have been unable to find a place in the conversation on climate. A Republican food writer, a liberal mom from the Bible Belt, scientists, farmers, Democrats, and Libertarians - while they can make for strange bedfellows, they are jumping on board and finding their voices in ecomodernism. In other words, it's an environmental approach that makes sense to the big, busy cluster in the middle of the political spectrum who don't identify with the hardcore climate change deniers on the right or the anti-corporate Earth Firsters on the left.

Will Saletan, who earlier this year authored a tremendously good blockbuster report on GMOs for Slate, is back with a note on the recent FDA approval of GM salmon:

What’s so safe or natural about depleting fisheries and flying in salmon from Norway? What’s so noble about insisting that 25 percent more fish be extracted from the ocean to feed your non-GE salmon? And what’s so progressive about suing the FDA to stop the approval of more genetically modified animals, such as disease-fighting mosquitoesor pigs that resist swine fever?

I just really like the headline for this Dutch magazine's article on ecomodernism: