Why Humans Are Not Fated to Ecological Disaster

One often hears that we are in the midst of exponential population growth, and that the Earth cannot support many more people. Unless we take immediate measures to control population growth, the story goes, we are on a crash course for ecological and humanitarian disaster.

But what is really going on with global population trends? In this essay, we present four surprising facts that will change the way you think about population, the environment, and human progress.

1. The global population is likely to peak and decline in the 21st century 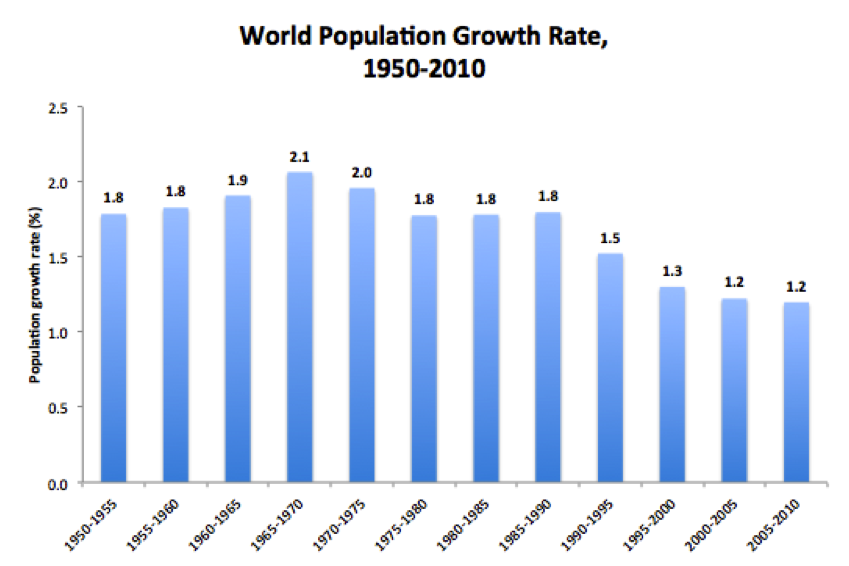 We are already experiencing a slowdown in population growth, and it is expected to continue in the coming decades. The UN’s median scenario projects flat or decreasing population size in all regions except Africa. Other projections suggest that the global population may even peak this century. IIASA, an Austrian scientific research institute, estimates there is an 85 percent chance that the world’s population will stop growing before the end of the 21st century (Lutz et al. 2001), and its median scenario sees population actually starting to shrink around 2070 (see Figure 2) (IIASA 2007).

FIGURE 2. Total population of the world, in billions 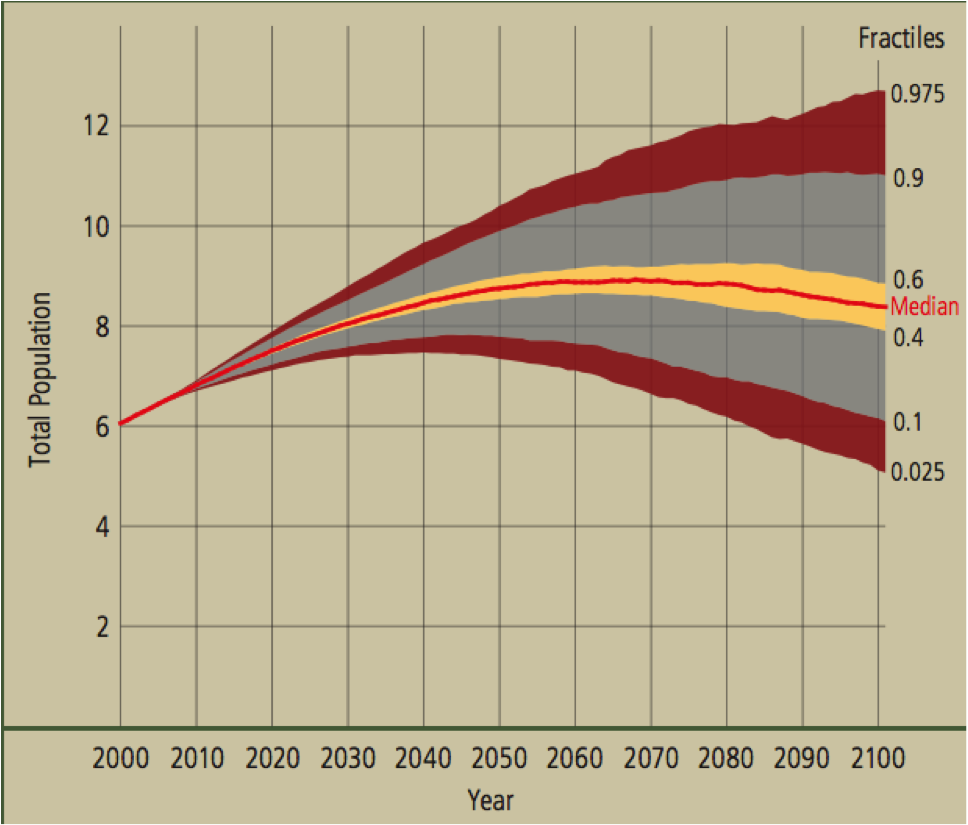 2. We are continuously increasing the Earth’s carrying capacity

It is sometimes suggested that there are hard biological limits to how much food the Earth can produce, but ever since the invention of agriculture 10,000 years ago humans have been consistently increasing yields through the use of new technologies. Indeed, it has been increasing yields that have allowed the human population to grow to its current population of seven billion. In this sense, the Earth’s carrying capacity is not bound by a finite set of planetary boundaries, but rather is a function of human technology. 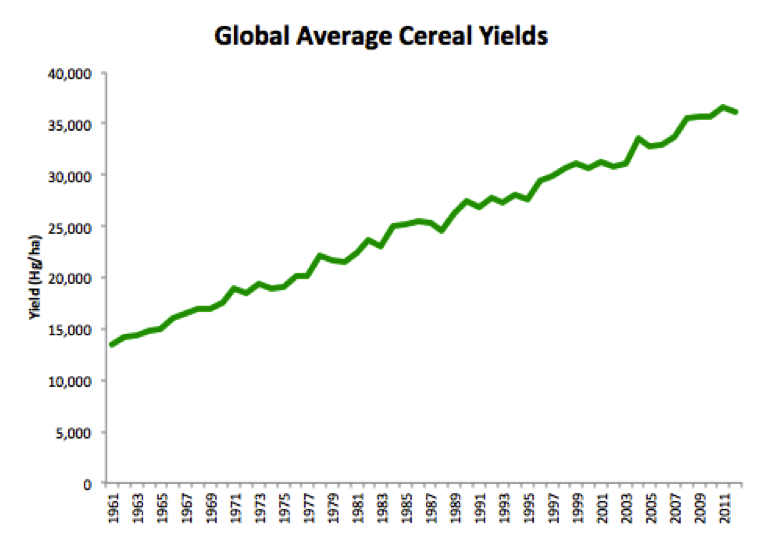 3. To combat climate change, technology is more important than population

Population is undoubtedly a factor in anthropogenic climate change, since it is human activities that create greenhouse gas emissions. But a far larger factor than population is the kind of energy being used. One billion people on the planet getting electricity from coal would create more carbon emissions than 6 billion people each getting the same amount of electricity from solar or nuclear power (see Figure 4). 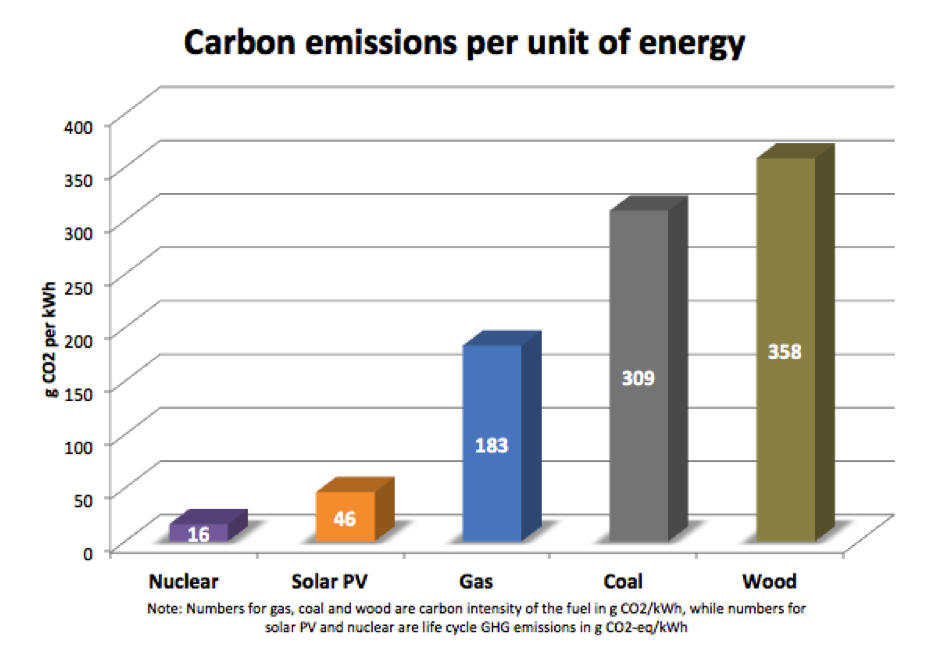 Fertility (the average number of children a woman gives birth to in her life) is closely correlated with development. The countries with the highest fertility rates are generally the poorest ones, while almost all the richest countries have fertility rates that are actually below the replacement rate of 2.1 children per woman.

The realities of poverty make large families a rational choice. Without access to healthcare and sanitation, child mortality is high and women need to have more children to achieve a desired family size (Gates). Without access to social security systems, having lots of children is a form of insurance (Bulatao, p. 4). But when families gain access to modern services like healthcare, education, and social security, fertility rates start to fall, since it becomes practical for women to choose smaller family sizes (National Research Council, p. 93). There is even evidence that exposure to modern media like television can create downward pressure on family size.

Using per-capita income as a proxy indicator for overall human development, we can see a clear correlation between fertility and development. The charts below from Gapminder.org show that as incomes around the world have increased between 1910 and 2010, fertility rates have fallen dramatically. In the developing world, people are increasingly moving to cities, gaining access to modern services, and the fertility rates of these countries have, in turn, been falling. 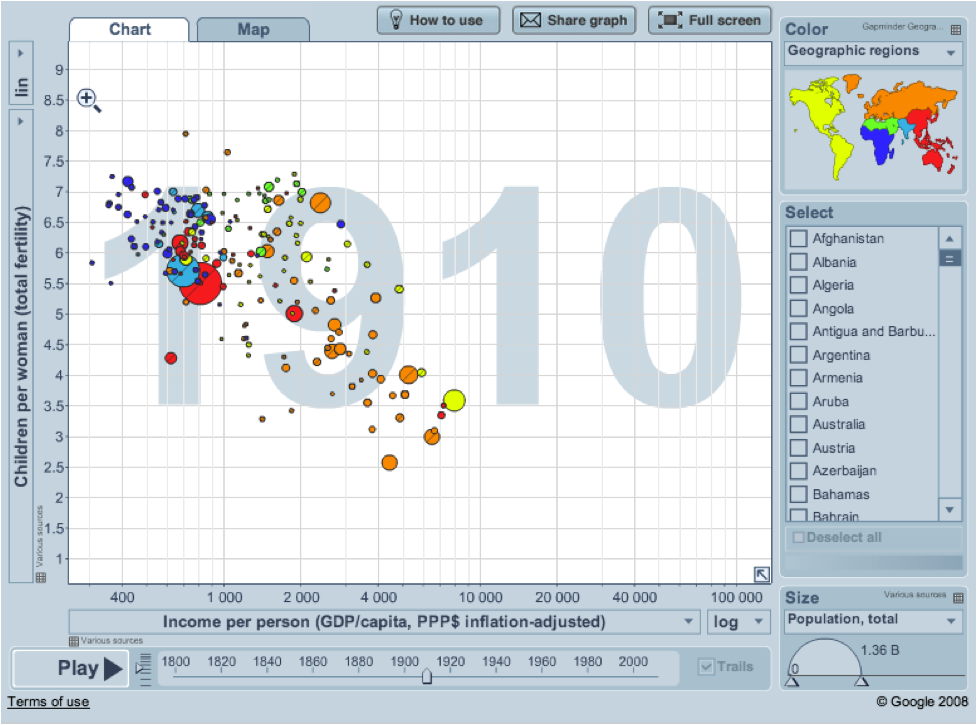 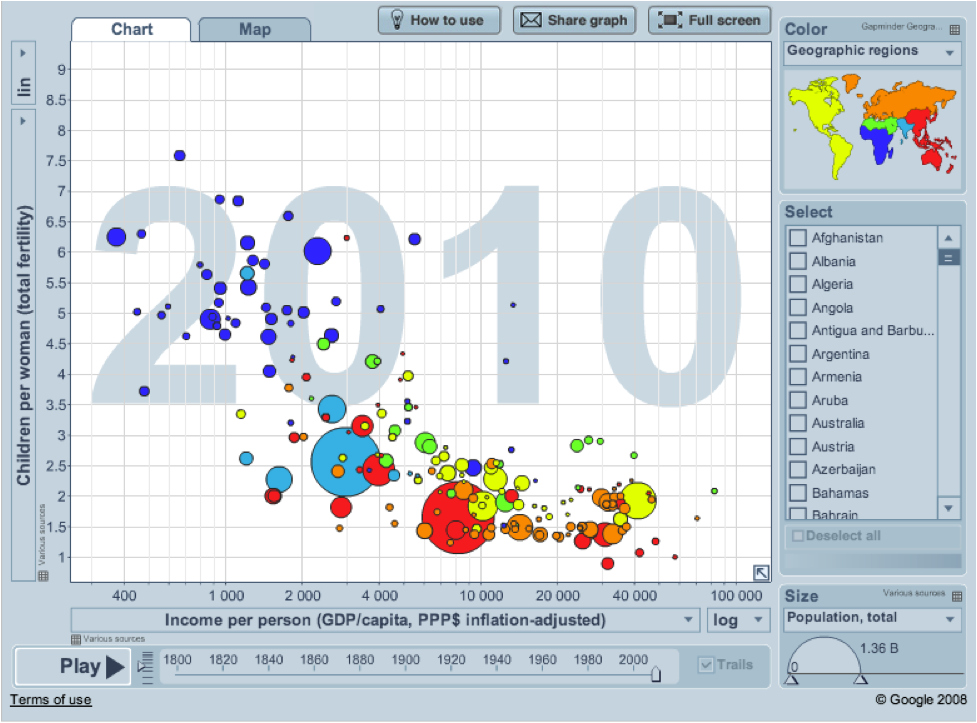 This is not to say that we should not do anything to promote lower birth rates; increasing access to contraception in the developing world is an important goal for governments and development NGOs, both to enable effective family planning and to increase female autonomy. However, access to contraception is only one of many factors that affect women’s fertility choices. Broader issues of poverty and education are also crucial to address if we hope to encourage women to choose smaller family sizes.

Marian Swain is a Conservation and Development Policy Analyst at the Breakthrough Institute.