Another Record Year for Nuclear Power 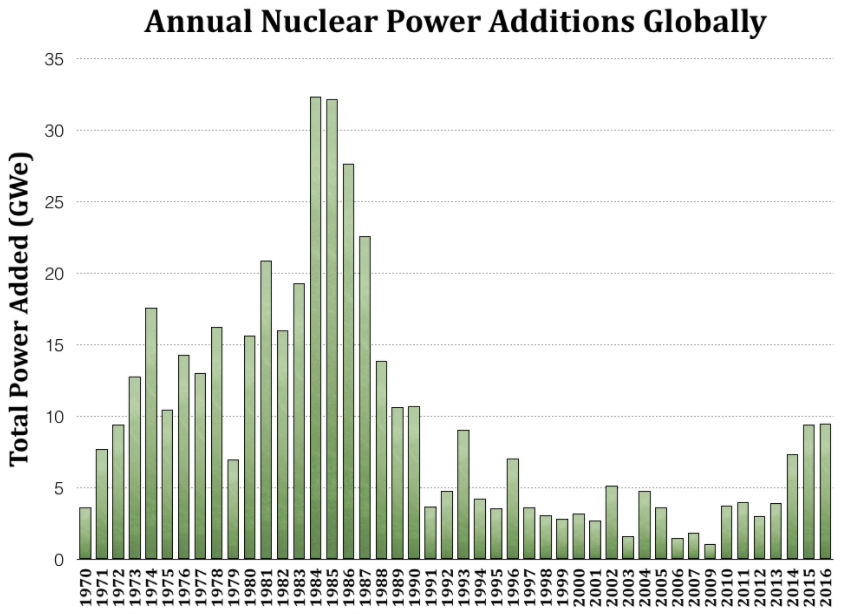 These new reactors also came from a greater diversity of countries: five in China, and one each in Pakistan, India, Russia, and the United States. The completion of Watts Bar-2 in Tennessee was perhaps the biggest story, as it was the first US reactor to come online since 1996. The other big story comes from South Korea, which brought online its first APR1400, their new GenIII design, four more of which are currently being built in the United Arab Emirates.

Looking forward to 2017, there could be many exciting new additions—see the table below (from the World Nuclear Association). Most significantly, the Emirates may start up their very first commercial reactor at Barakah-1, making it the first country to join the nuclear-powered club since China in 1991. There’s also potential for between seven and fourteen restarts of reactors in Japan, which would reduce the country's imports of coal and LNG.

Most of the reactors expected to come online in 2017 will be typical Pressurized Water Reactors (PWRs). But China may connect its first modular high-temperature gas-cooled reactor to the grid this year at Shidaowan. India is also slated to bring online another two heavy water reactors. 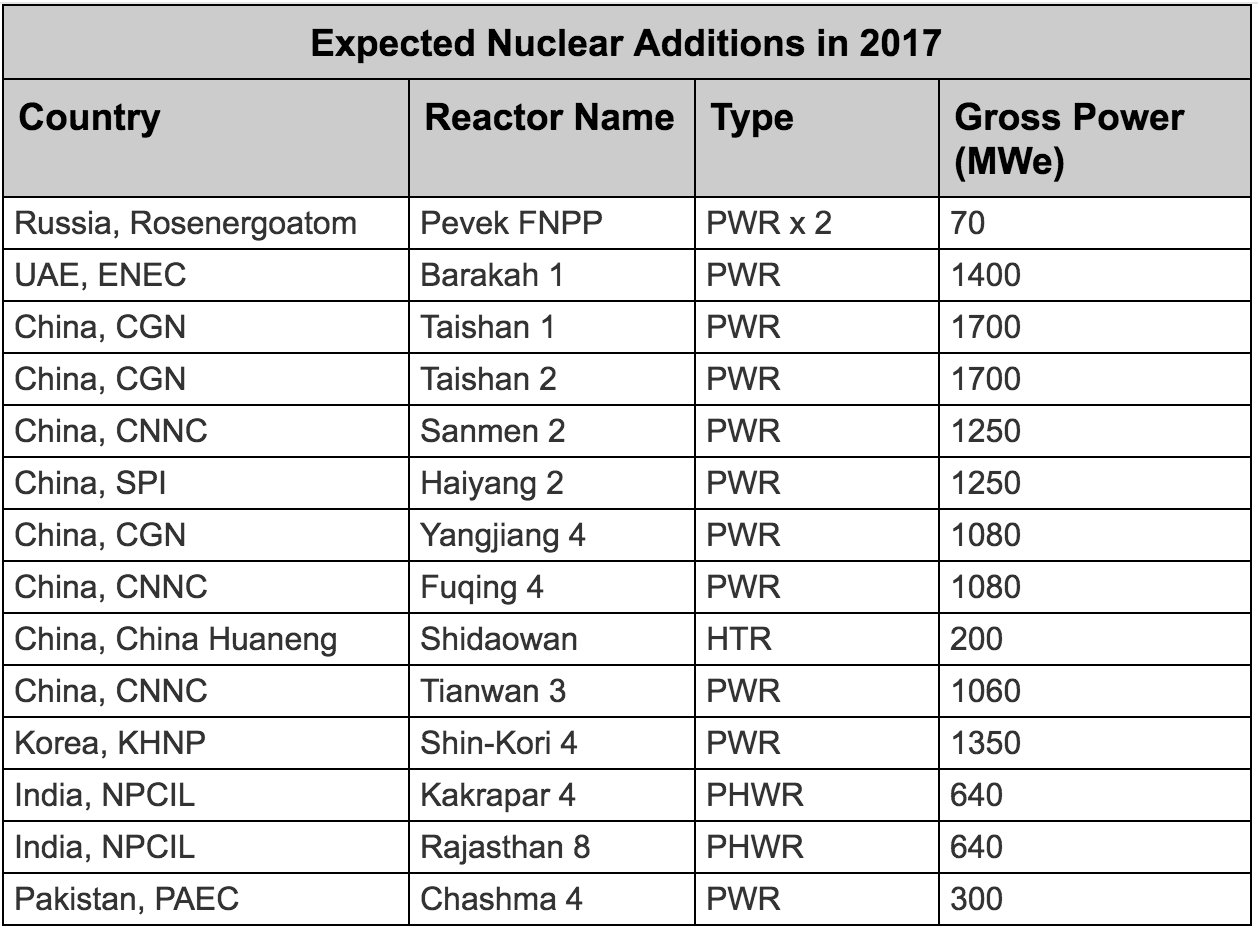