The Once and Future King?

If there’s a nuclear renaissance happening in the world today, it’s not in America. More reactors went online globally in 2016 than in any year since 1990, but that was mostly in other countries—China, Pakistan, India, and Russia. That makes sense, since electricity demand is growing globally while stagnating in the United States. But is there a downside to the United States forfeiting leadership in nuclear energy?

A new report from the Global Nexus Initiative reminds us of the serious security and geopolitical implications if America does indeed forfeit leadership in the global nuclear power market. Their report, Nuclear Power for the Next Generation, concludes a two-year project to study the intersection of climate, nuclear power, and security. GNI’s four broad conclusions are: 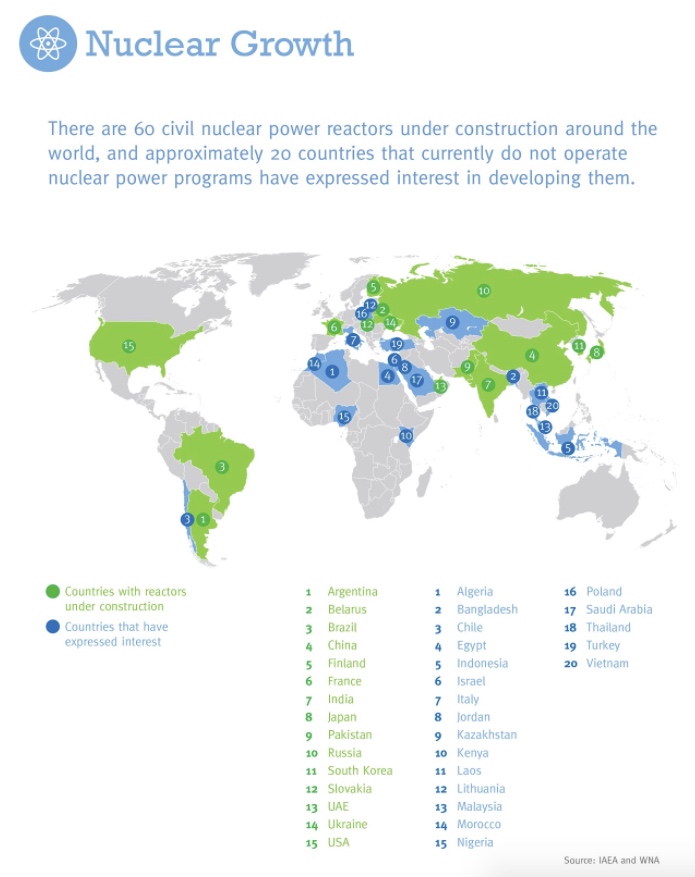 Notice that the countries that have expressed interest in developing nuclear power programs tend to be in more geopolitically tense regions like the Middle East, Africa, and Southeast Asia. Maria Korsnick, CEO of the Nuclear Energy Institute, highlights why this matters for US foreign relations: when the US, or anyone else, builds a nuclear reactor in a new country, they’re establishing a 100-year or more relationship with that country, from siting and building the plant through operation, servicing, and decommissioning.

When the US, or anyone else, builds a nuclear reactor in a new country, they’re establishing a 100-year or more relationship with that country.

In our recent report How to Make Nuclear Innovative, we also highlight the long-standing trend of North America and Europe's declining leadership on nuclear R&D, as measured by patenting. You can see this geographic shift by looking at nuclear R&D funding by country over the last few decades as well. 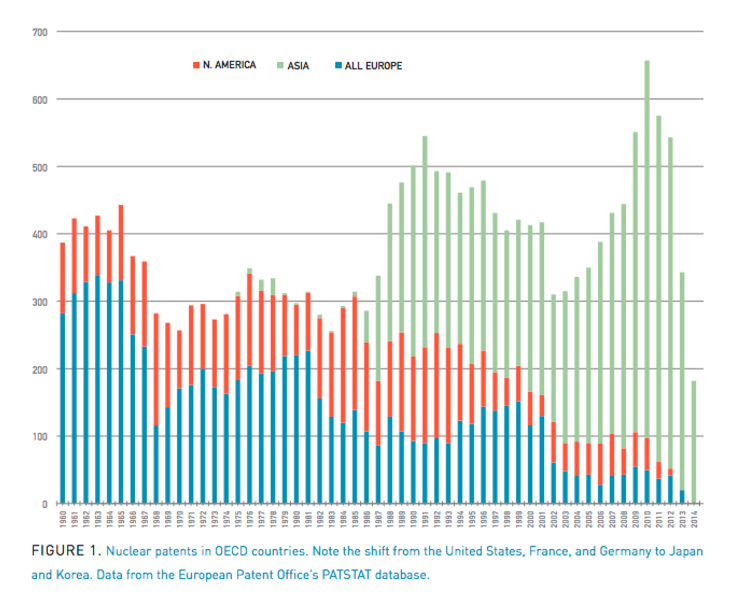 A recent report from the think tank Third Way offers several concrete solutions to this downturn, including creating a senior-level position in the White House to oversee nuclear exports, reauthorizing the US Export-Import Bank and filling its vacant board seats, and increasing and sustaining funding for nuclear innovation through the Gateway for Accelerated Innovation in Nuclear (GAIN) program and the Nuclear Regulatory Commission.

Finally, the GNI report concludes that innovative nuclear policy will require novel, “break the mold” partnerships. Our 2014 report High-Energy Innovation, published with the Consortium for Science, Policy & Outcomes at Arizona State, makes a similar recommendation, calling on the US and European countries to expand their international collaborations on energy RD&D to both accelerate commercialization and to ensure that these technologies are developed where demand is highest.

If the world is to meet the twin goals of reducing poverty through significantly expanded energy access along with drastically reducing greenhouse gas emissions, we’re going to need a lot more nuclear in a lot of new countries. The US isn’t currently positioned to lead on this kind of global nuclear development, but could, with the right policies, investments, and partnerships, regain such a role.