In a new article in today’s Wall Street Journal, two Breakthrough Institute staff members argue that the rise of commercial space tourism, heralded by Virgin Galactic’s SpaceShipTwo upcoming launch, makes the case that humans will continue to use more, not less, energy in the future, despite improvements in energy efficiency. In fact, contrary to conventional wisdom, efficiency improvements may ultimately enable greater levels of energy consumption.

Perhaps anticipating that space tourism would elicit disapproval from the environmental community, Virgin Galactic’s CEO and Carbon War Room founder Richard Branson announced last May: “We have reduced the [carbon emission] cost of somebody going into space from something like two weeks of New York’s electricity supply to less than the cost of an economy round-trip from Singapore to London.” Leonardo DiCaprio, a board member of the Natural Resources Defense Council and one of Virgin Galactic’s foremost passengers, likely applauded this technological feat.

But according to the authors’ analysis:

That would be a remarkable achievement in energy efficiency if it were true. Alas, it is not. According to the U.S. Federal Aviation Administration’s environmental assessment of the launch and re-entry of Virgin Galactic’s spacecraft, one launch-land cycle emits about 30 tons of carbon dioxide, or about five tons per passenger. That is about five times the carbon footprint of a flight from Singapore to London.

When you include the energy of the entire Virgin Galactic operation, which includes support aircraft, it is seven times more than the flight from Singapore to London. As such, a single trip on Virgin Galactic will require twice as much energy as the average American consumes each year. (These numbers were confirmed by a representative for Virgin Galactic.) 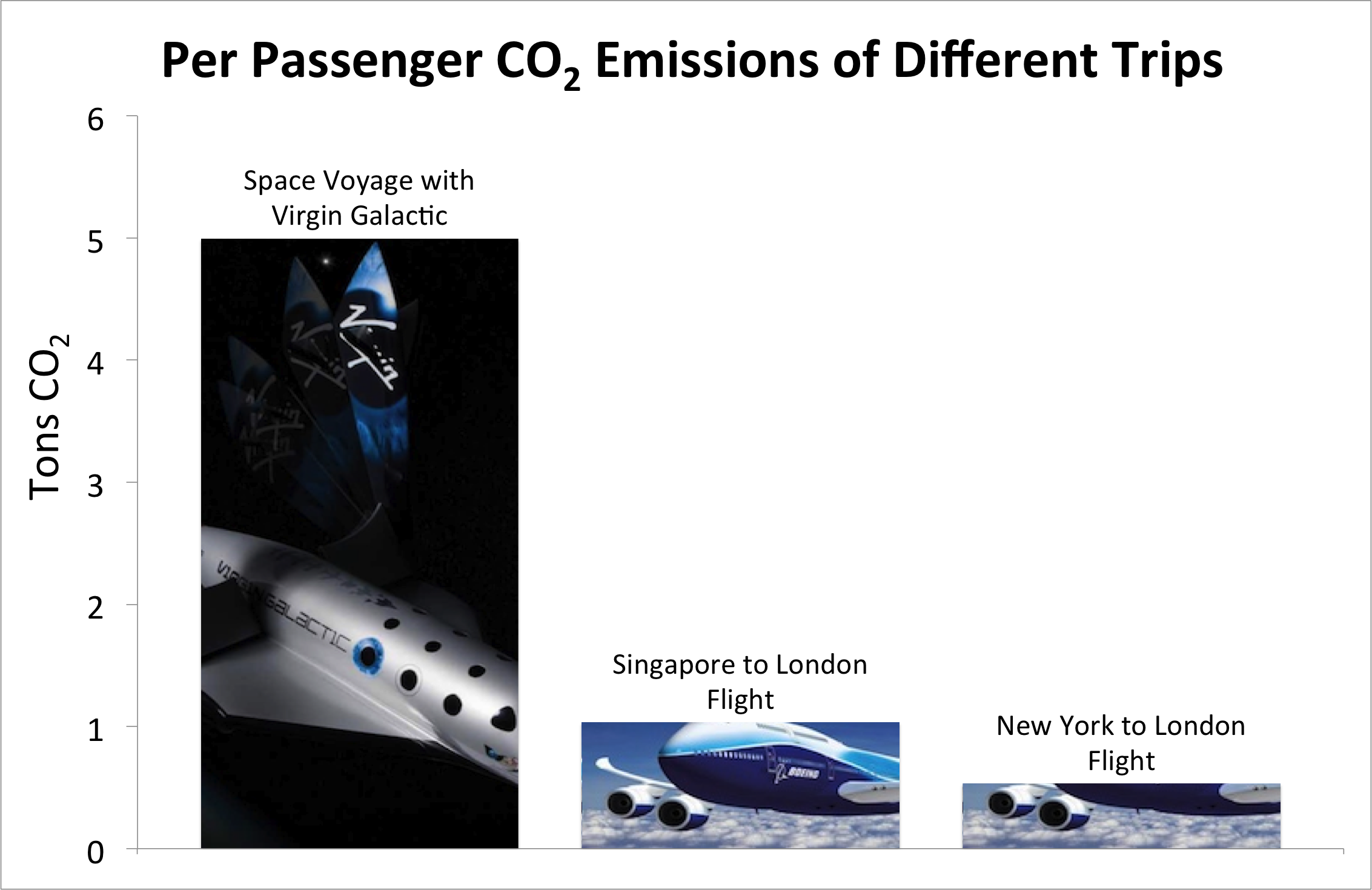 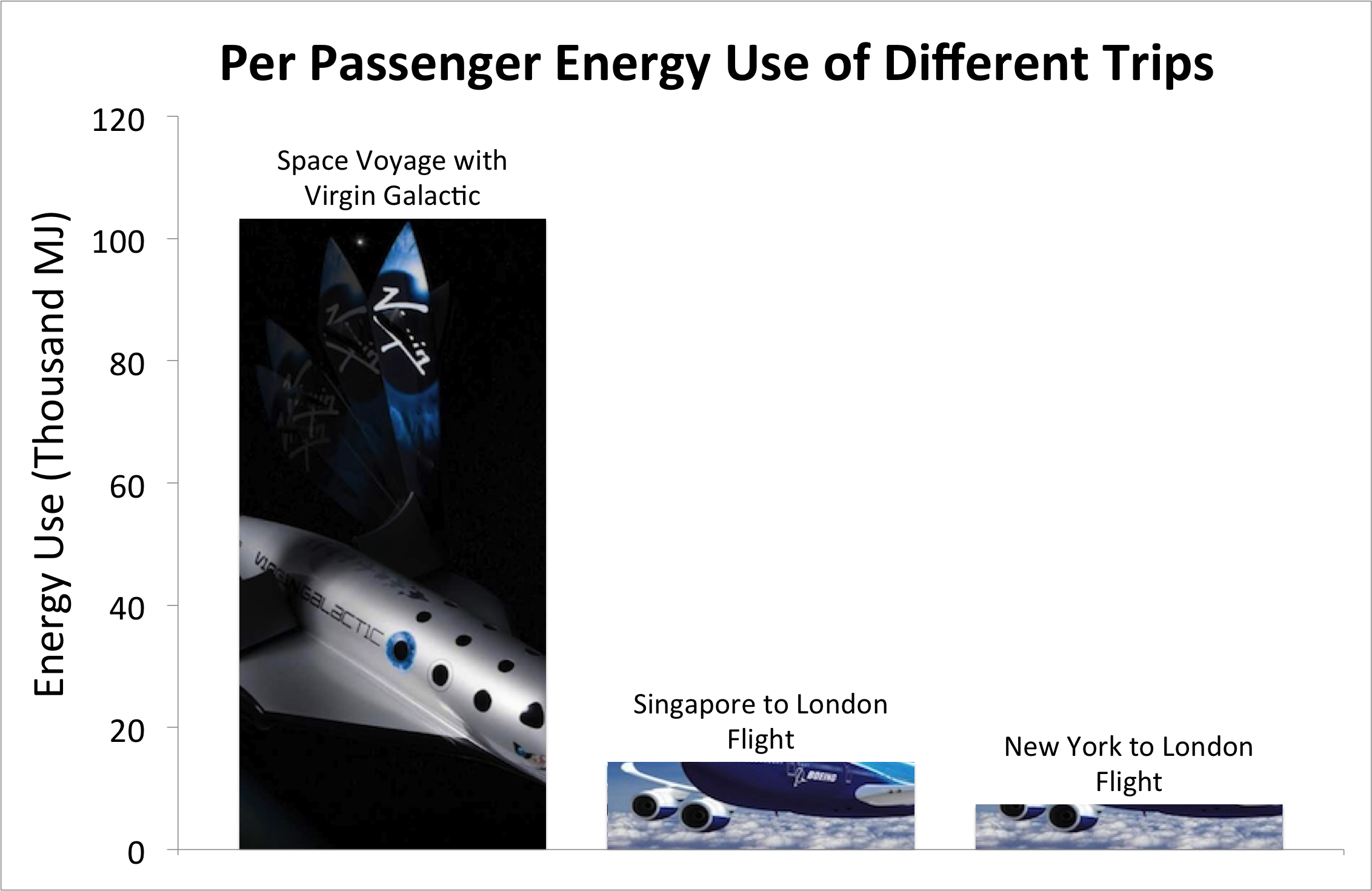 The carbon footprint of a celebrity-laden space voyage isn’t where the story ends, however. As a climate change strategy, economy-wide efficiency improvements have been touted by as an easy and often profitable way to reduce energy consumption (and thus greenhouse gas emissions). But, as Virgin Galactic demonstrates, “Even as our cars, buildings and appliances have become more efficient, we continue to find new ways to consume energy. Consumer technologies that we now consider staples, such as personal computers, flat-screen TVs, iPhones and cloud computing, have come into use in the last few decades.”

While energy efficiency improvements should be pursued for economic reasons, to count on such improvements for deep reductions in global energy use is a fantasy. As the poorest of the world’s population emerges from poverty, and as lower-income populations acquire the types of modern energy services that are available in the United States and Europe, we’ll use substantially more, not less, energy in the coming decades. Virgin Galactic is just the tip of the iceberg.