How the US Can Light Up the Futures of the 1.4 Billion People Living Without Electricity

What is “energy poverty”?

Energy poverty simply means a lack of affordable, reliable electricity needed to support a comfortable, prosperous standard of living. Billions of the world’s energy poor aren’t connected to any power source. And for those who are connected to the grid, the actual flow of electricity is sporadic and blackouts frequent.

Because of outdated and insufficient infrastructure, many countries do not generate enough electricity to meet growing demand, leaving actual consumption at extremely low levels. The average American uses about 13,200 kWh/year. By comparison, here are the averages for citizens in a few African countries (and Todd’s fridge): 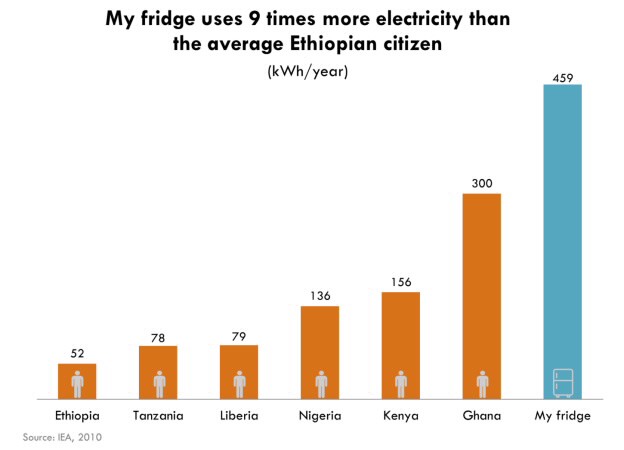 Where is energy poverty the most widespread?

According to the International Energy Agency, some 1.4 billion people live without any access to electricity (the lowest level of energy poverty).

About 600 million of those people live in Africa, where only one in three people are connected to power. A few poor countries in other regions have similar electrification rates — like Haiti (28 percent) and Cambodia (34 percent) — yet nowhere is the electricity gap as great as in sub-Saharan Africa. 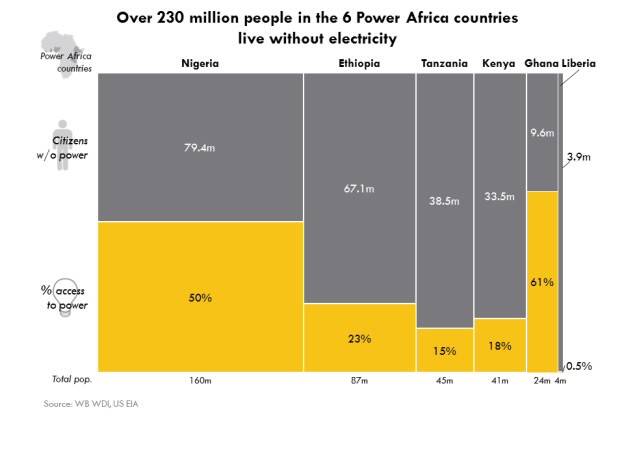 One way to define energy access is by setting a reasonable energy poverty line. This line would distinguish between people who have enough access to support a “modern lifestyle” from those who do not.

Similar to the $1.25/day line used to define global economic poverty, setting an energy poverty line can be useful for creating good energy goals, plans, and policies. It can help policy makers think of energy access beyond just hooking a household up to a grid or providing a solar lantern.

Currently, the global energy poverty line is far too low. The International Energy Agency defines “modern energy access” — eg, the amount of energy needed to support a modern lifestyle — as 100kWh/person/year. However, that’s barely enough to power a single 60W light bulb for five hours per day for a year. An American would use that much energy in just three days.

Here’s how long citizens in other countries would take to burn through this much energy: 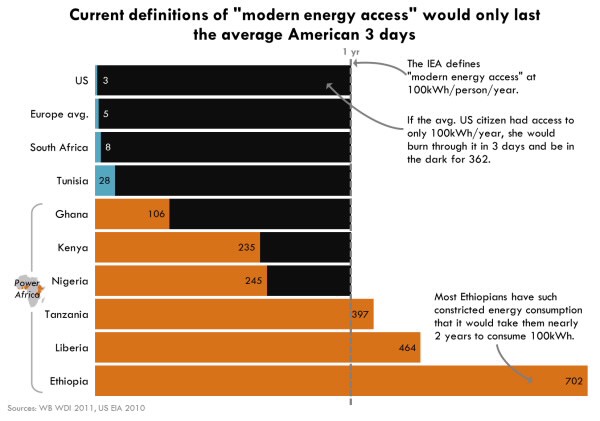 While the United States could be more efficient in our energy consumption, the point of energy access is to be able to use appliances and other modern services that improve quality of life.

Thus, a more reasonable energy poverty line, and therefore better definition of energy access, might be based on energy needs for modern services. The Sustainable Energy for All initiative’s five-tier system is an example of how this might be done: 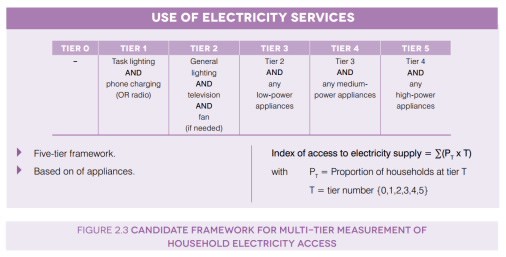 What are the impacts of energy poverty? 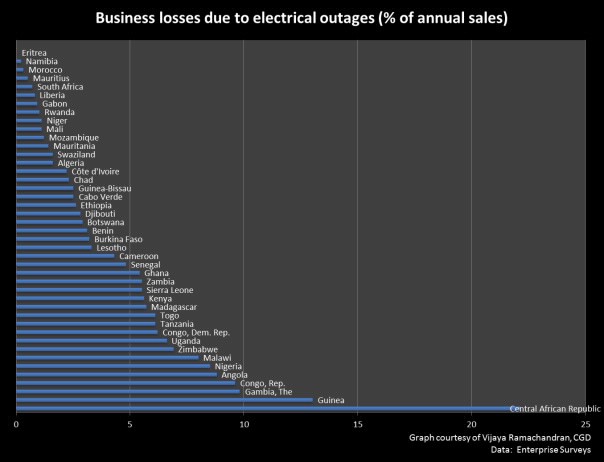 How can the US help?

The US government has used public investment and public policy to electrify our own country, perhaps most famously the Tennessee Valley Authority in the 1930s. Today, numerous US government agencies are working in partnership with governments and the private sector in Africa to help end energy poverty.

One of the most important components of the U.S. effort is the investments made by the Overseas Private Investment Corporation (OPIC). As the US development finance institution, OPIC supports US companies’ efforts to invest in power projects in developing countries.

However, OPIC currently operates under uncertain policies with respect to the types of fuels in which the United States can invest for reducing energy poverty in developing countries. For several years, OPIC operated under a policy restricting the carbon footprint of the investments in its portfolio.

Language included in the FY2014 Omnibus Appropriations Act permitted an exemption for one year from this policy for countries eligible for certain World Bank programs. Permanent flexibility to use the fuels most appropriate in each country’s context is needed. However, it is crucial that the investments in renewable energy continue to grow at OPIC.

What is Electrify Africa? Is that different from Energize Africa? Or Power Africa?

The Electrify Africa Act (H.R. 2548) is a bill that essentially sets energy poverty in Africa as a priority for US development policies, with a goal to provide new access to 50 million people. It directs USAID, OPIC, USTDA, and US-supported international organizations like the World Bank to increase investment in power projects and energy sector reform, and emphasizes increased reporting and coordination.

The bill also re-authorizes and strengthens OPIC, which is critical for the success of public-private partnerships key to both this act and Power Africa. It was passed in the House on May 8, 2014 with broad bipartisan support.

The Energize Africa Act (S. 2508) is the recently-introduced Senate version of the bill. It shares many of the same goals and provisions as the Electrify Africa Act. The bill requires the Administration to set out a very detailed multi-year strategy for Power Africa and offers additional authorities, tools, and resources for OPIC to achieve its objectives.

The Senate Foreign Relations Committee passed this bill on June 24, 2014 by voice vote. If passed in the Senate, it will go on to be reconciled with the House bill before final approval by Congress.

Power Africa, a separate but complementary Presidential Initiative, was announced by President Obama in June 2013. It commits $7 billion in US government support to investment in six participant countries (Ethiopia, Ghana, Kenya, Liberia, Nigeria, and Tanzania).

Under the initiative, numerous government agencies, including the Export-Import Bank, USAID, Millennium Challenge Corporation and OPIC, will mobilize private investment in a pipeline of power projects, adding over 10,000 MW of generation capacity. Although far more capacity will be needed, Power Africa aims to prompt reforms that will pave the way for future investment.

A coordinated focus and support both from the Administration and from Congress (on both sides of the aisle) strengthens the long-run impact of the fight against energy poverty.

There are real tradeoffs in our energy policy choices. Reducing carbon dioxide emissions and promoting clean energy is a critical goal, but it shouldn’t be done at the expense of poor people living in countries with the most need and the least emissions. These countries represent such a tiny share of global emissions that restricting our investment there to only zero-carbon fuel sources does almost nothing to solve climate change. However, easing such restrictions for these low-emitting, energy poor (LEEP) countries and supporting affordable energy generation would significantly help end energy poverty. 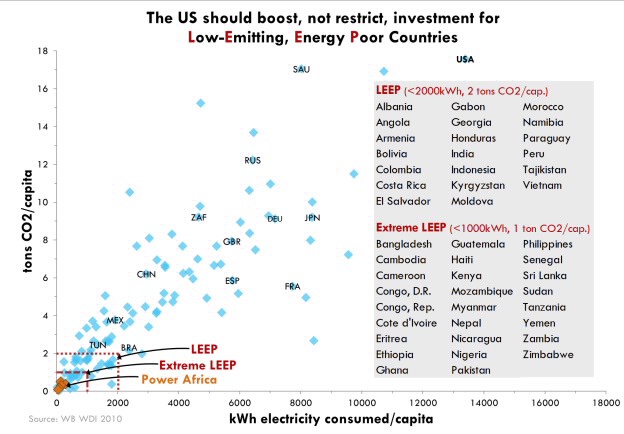 Where can I read more about energy poverty? 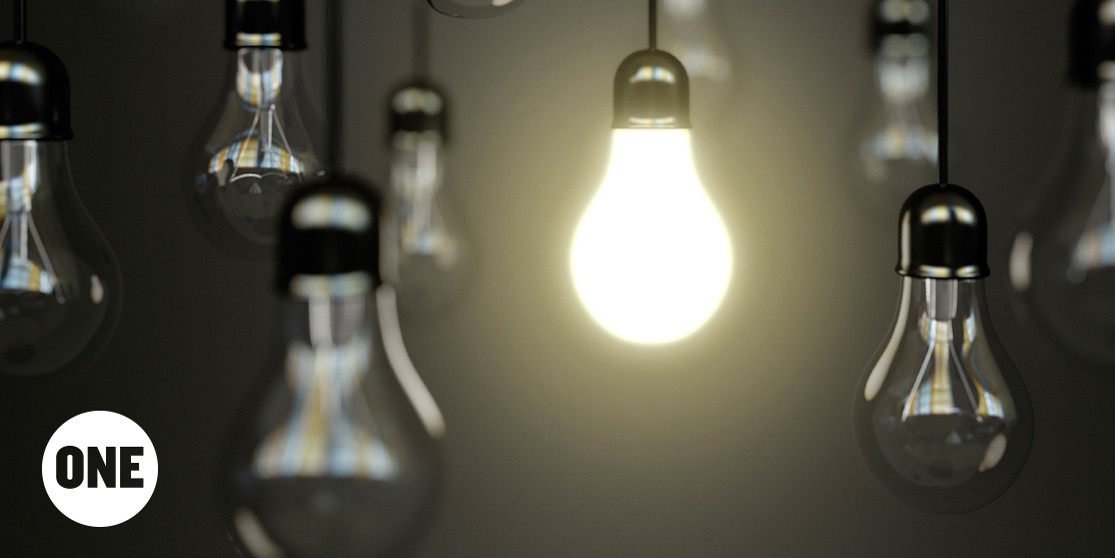 Right now, there’s a bill in the Senate that can help Africa bring electricity to 50 million people.

This piece was written by Todd Moss and Madeleine Gleave of the Center for Global Development, where it originally hosted by the ONE Campaign at Medium.com.