Synthetic: How Life Got Made
By Sophia Roosth

The definition of a species has never been a stable category. When newly arrived Europeans explored the Americas centuries ago, they encountered flora and fauna they had never seen before. To capture these specimens with scientific precision, early arrivers used the only tool they had: illustration. The resulting art replicated the exact number of spikes on a blowfish, the internal organs of a splayed frog, and different views of a flying warbler. These details — simple morphological and behavioral markers — became the single deciding factor in species differentiation. With Darwin’s later theory of natural selection came the uncomfortable recognition that such species were not preordained realities but rather the result of subjective decisions: facts of human making. 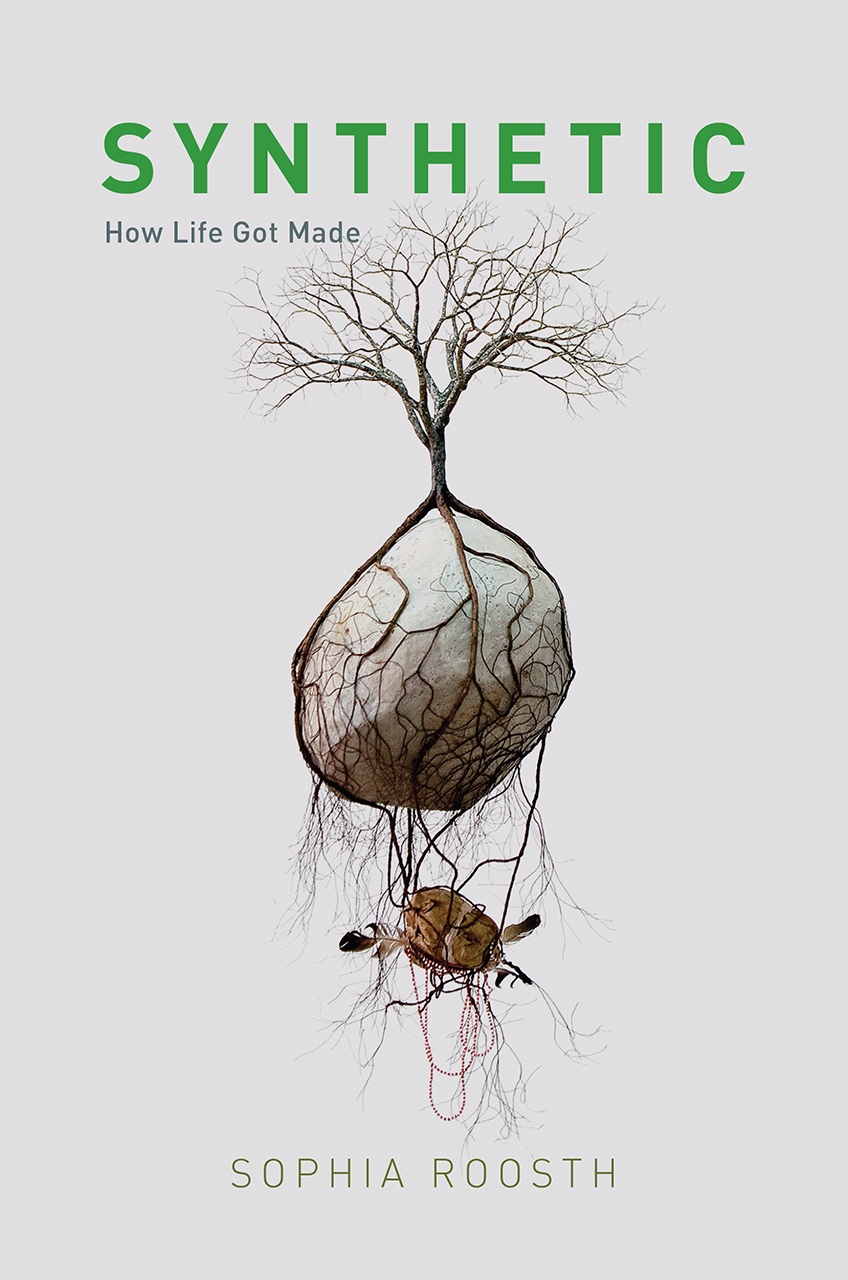 But if Darwin’s readers saw the difficulties of species categorization, modern developments in synthetic biology take us into new, mind-bending territory. Synthetic: How Life Got Made, the first book from Harvard science historian Sophia Roosth, walks us through a cross-section of the emerging discipline. Take the resurrection — or better, remaking — of extinct species such as the woolly mammoth. Biologists have begun to use frozen mammoth remains, preserved in the permafrost of the Siberian tundra, to work backward, stitching together fragments of old DNA until a full mammoth genome emerges. Contrasting this recreated genome with that of the Asian elephant (the closest living relative of the mammoth), synthetic biologists can then locate and synthesize the genetic differences between them — genes for hair color and density, tusk length, and subcutaneous fat volume — in order to create a hybrid genome. This genome can be inserted into an elephant ovum and induced to divide, finally, in the hope that the surrogate elephant will birth a woolly mammoth. This process is still highly speculative: no mammoths have been born yet. But it points to some of the important questions of synthetic biology that loom beyond scientific feasibility.

What is the imperative to bring a species back to life, for instance? George Church, a key player in de-extinction, claims that a new population of woolly mammoths might help to alleviate anthropogenic climate change by trampling Siberian snows enough to keep the permafrost cold and prevent the release of sequestered carbon. I can’t help but wonder, though, whether resurrected mammoths are really the simplest path to climate mitigation — if stomping is all that’s required, wouldn’t a simple machine suffice? Rather, what many of the scientists most excited about de-extinction actually seem to care about is the prospect of creating a “latter-day Eden.” In this regard, it seems that the ambitious de-extinction project is rooted less in a desire for effective climate action and more in the fantasy of an ahistorical nature. But as Roosth points out, the amorphous definition of a species means that “there is no there there. What counts as ‘real’ or ‘original’” doesn’t in fact make much sense. Perhaps, then, we should shift our attention to technologies that reduce our demands on nature, rather than those that seek to create a new, impossible utopic wilderness.

Ethnographies of science are rare; we most often discover the products of science without the context that enabled them — the facts ejected from a black box, not the messy science that produced them. Synthetic, however, intends to capture a holistic, human picture of the discipline in its emergent form. This lens is radical and deliberate. As Roosth argues, it is crucial to examine synthetic biology in this way before it becomes an established discipline, one that will be harder to question and reshape. Before those norms harden, it will be on us, scientists and stakeholders, to ensure that the field’s contours are apt, ethical, and inclusive, and that in our desire to create, we don’t lose sight of what’s already all around us, many millennia in the making.

Read more from Breakthrough Journal, No. 9