Overcoming Wicked Problems: How can a modernized liberalism manage the wicked problems of the 21st century? 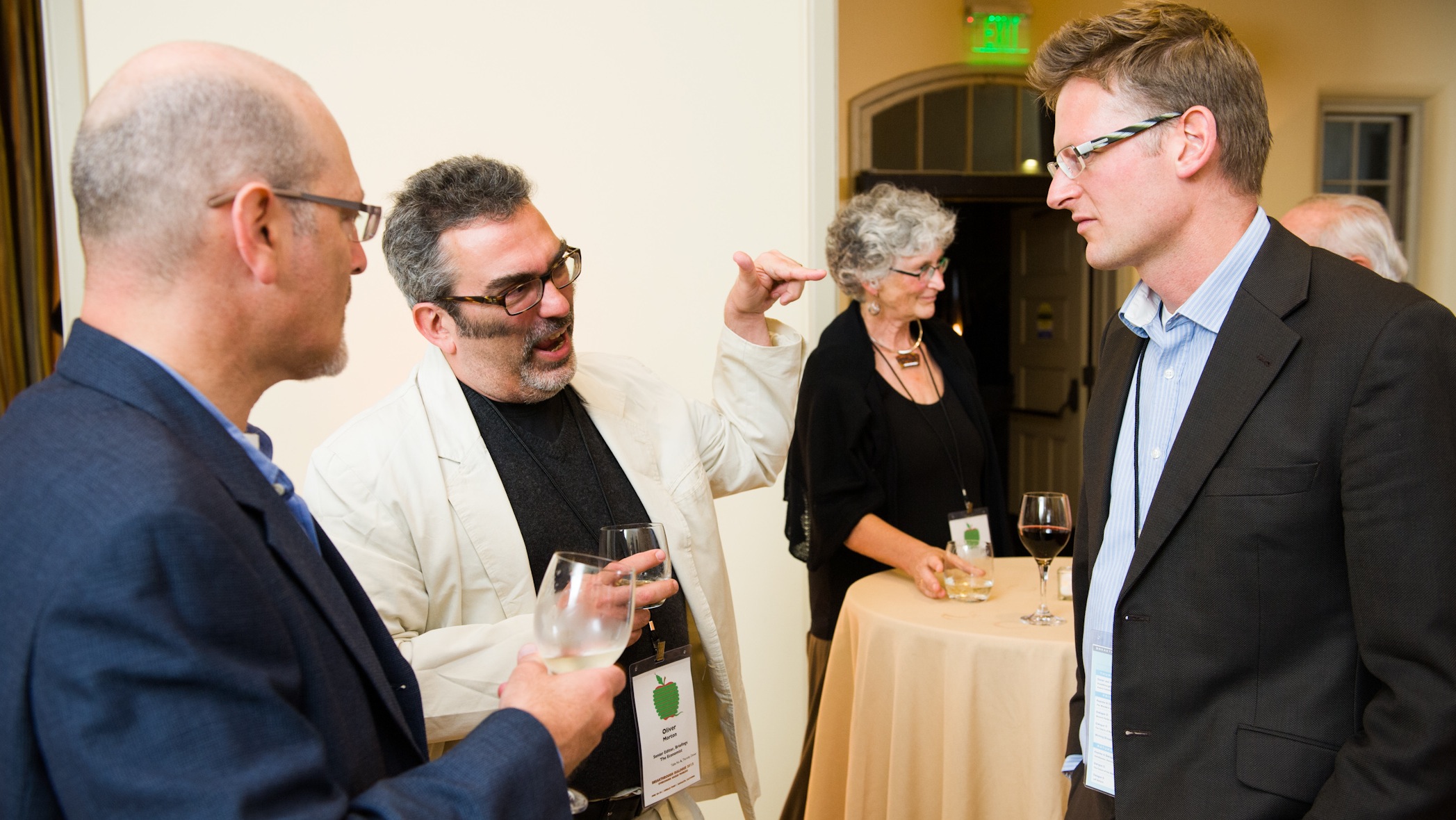 Keynote & Dialogue 1: The Wonders of Wickedness

The theory of “wicked problems” dates back to a 1969 paper written by two urban planners, Horst Rittel and Melvin Webber. The two were dealing with the crisis of public confidence in experts and planners at a time of rising affluence and inequality. As we face challenges like inequality, obesity, climate change, and nuclear energy, Rittel and Webber's description of wicked problems reads as fresh today as it did back then.

In this panel we will explore numerous questions and ideas that we will continue to revisit throughout the course of the Dialogue. How do our preconceived solutions frame the ways in which we understand problems? Is it more useful to think of climate change, financial crises, and inequality as problems to be managed rather than solved? Oxford University's Steve Rayner will deliver the opening keynote for the Dialogue with responses from Mark Sagoff, professor of philosophy at George Mason University, and Nico Stehr, cultural studies professor at Zeppelin University. The conversation is moderated by New York Times Dot Earth blogger, Andrew Revkin.

Dialogue 2: Beyond Parks and Recreation 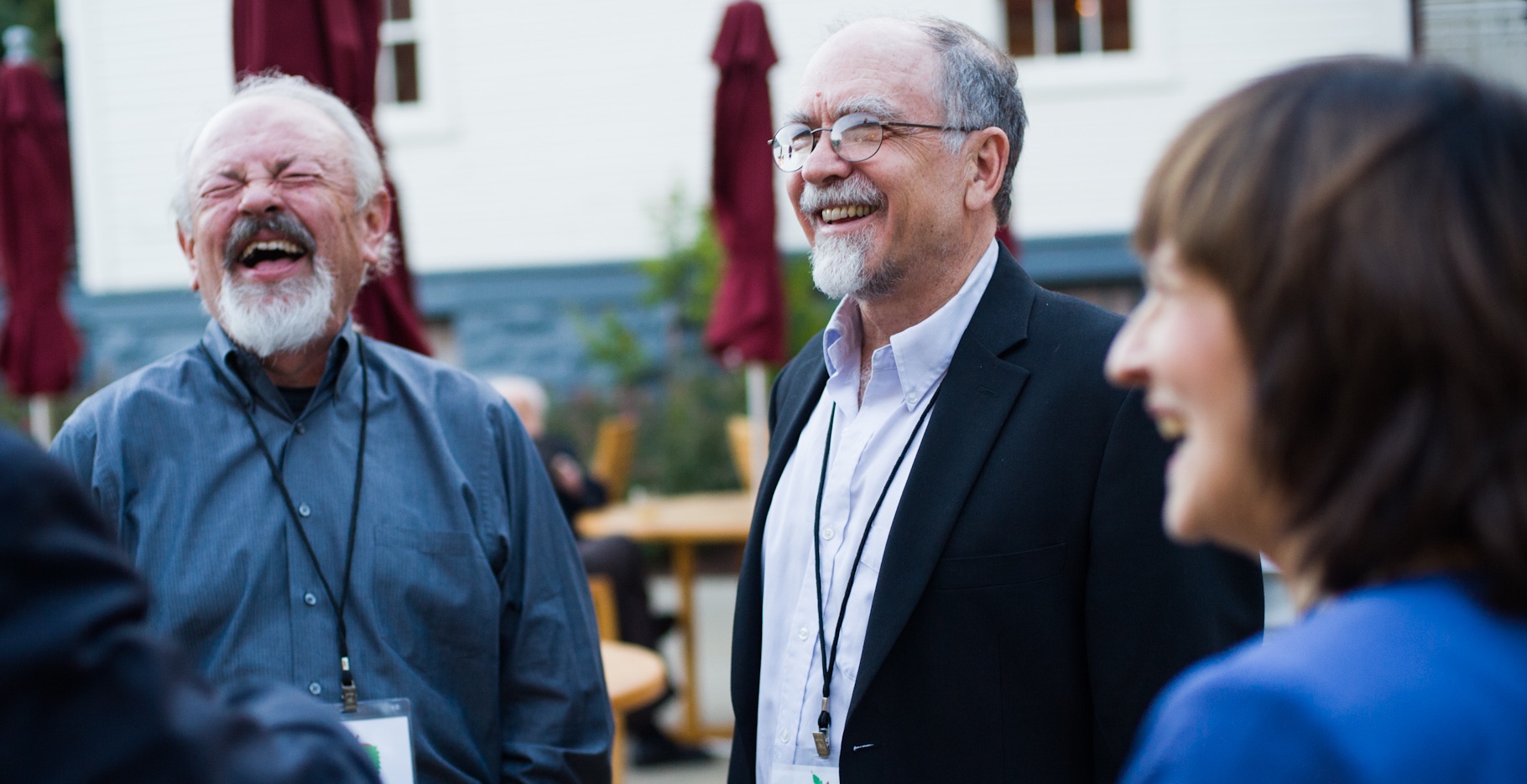 What remains of our natural inheritance is rapidly being developed. The global conservation movement has slowly come to terms with the reality that, just as the United States and Europe developed and cultivated most of their land, Brazil and Indonesia will largely follow suit. Forward-thinking conservationists have begun to consider alternative futures for those landscapes. If we are going to develop the Amazon or the Mongoliansteppes, how should we shape them in ways that preserve ecological amenities that we care about? Is a planning exercise on this scale even possible? Is 'development by design' consistent with the wisdom of local communities in managing their own resources?

In this panel, Enkhtuya Oidov, Mongolia Program Director for The Nature Conservancy, lays out a bold vision of "Development by Design" for her country, which will soon have the world's largest gold and copper mine. Woods Hole's David McGrath, explores the wicked challenge of conservation in the Amazon, and iconoclastic scientist Peter Kareiva offers his perspective — all in a conversation hosted by Time Magazine's Bryan Walsh.

Dialogue 3: The Future of Nuclear

Widespread adoption of nuclear power faces numerous hurdles: high start-up costs, onerous regulations, and unfavorable public perceptions. And yet nuclear remains our only carbon-free energy source that is currently scalable. If the examples of Japan and Germany are indicative, we cannot lower global carbon emissions without it. How then, do we deal with the barriers that nuclear faces? Can we shape public perception in favor of nuclear? And can next-generation reactor designs overcome public fears of atomic energy? Tom Blees, author of Prescription for the Planet, and Nobel Laureate Burton Richter will discuss the future of nuclear power on this panel, moderated by Gwyneth Cravens, author of Power to Save the World. 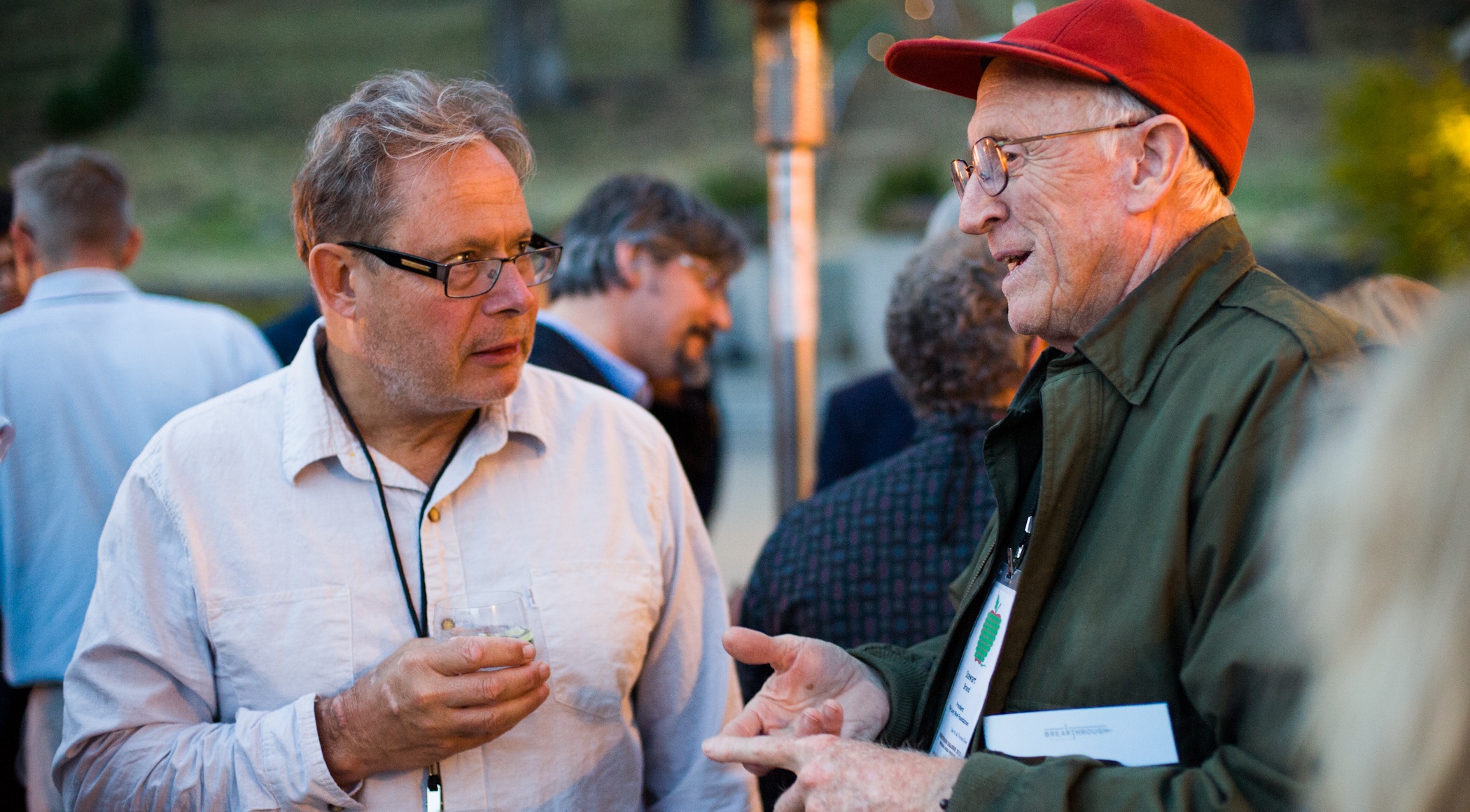 Peter Kareiva (left), the chief scientist at The Nature Conservancy and a Breakthrough Journal contributor, talks with Stewart Brand, co-founder of the Long Now Foundation, at the 2012 Breakthrough Dialogue. (photo by Gabriel Harber)

At the core of America’s economic growth has always been a dynamic relationship between technological-driven change and politicalmodernization. The Hamiltonian political philosophy, which views the federal government as central to producing innovation and economic growth, has led to substantial government investments in a number of key technologies from the railroad to the iPhone. Yet today, the Hamiltonians are on the defensive as federal spending on research and development gets slashed in the name of cutting deficits.

In this panel, Michael Lind, Policy Director at the New America Foundation and author of Land of Promise, will deliver a keynote address on the history of Hamiltonian liberalism and its future. Roger Pielke Jr., author of The Climate Fix, will respond in a discussion moderated by the San Francisco Chronicle’s Joe Garofoli. Can the long history of government support for new technology platforms be the basis for a new political philosophy? And what are the possibilities and limits of innovation economics as a new paradigm for economic growth?

Dialogue 5: The Future of the Welfare State

Is the American welfare state on a collision course with economic and demographic collapse? Or is it basically sound — nothing that can't be solved with health care reform and some tweaks to Social Security and Medicare? This panel will interrogate the assumptions behind both positions. What are the key variables that will determine the sustainability of entitlements in the long term — economic growth, demographic trends, health costs, etc? Are various prescriptions for saving or reforming the system dependent upon problematic assumptions? In this panel we will try to disentangle prescriptions from assumptions and consider how we might find a way forward if we hold both a bit more lightly.

Thomas Edsall, professor at Columbia University’s Journalism School, will moderate a conversation between William Voegeli, author of Never Enough, and Mark Schmitt of the Roosevelt Institute.

Participants at the 2012 Breakthrough Dialogue. (photo by Gabriel Harber)

Over the last forty years, the United States has become more prosperous and more unequal. Far fewer Americans today suffer from material deprivation than did just a few decades ago. And yet opportunities for social mobility appear to be declining for many. In a knowledge economy, relative access to public goods such as health care and education loom ever larger as determinants of social outcomes. Unfortunately, there is no simple solution to the problem of equalizing access to these critical social amenities. When it comes to inequality in a post-scarcity economy, what matters most? What doesn’t matter? How do we overcome inequality in a knowledge society that increasingly rewards social and cultural capital that is largely inaccessible to many Americans?

In this panel, heterodox sociologist Susan Mayer of the University of Chicago and economist Scott Winship of the Brookings Institution talk with the Nathan Cummings Foundation's Peter Teague about what liberals and progressives should care about when it comes to inequality and poverty.