Inspired by the profound challenges and opportunities afforded by modernization, the theme of Breakthrough Dialogue 2016 is “Great Transformations.” Over the course of the dialogue, we will consider the complex processes of urbanization, agricultural modernization, and industrialization and ask tough questions: Are cities really green? Can industrial agriculture save nature? Can countries modernize without manufacturing? Can we end poverty and unleash more abundant nature in this century?

2016 marks the sixth year in which the Dialogue has offered scholars, journalists, philanthropists, policymakers, and friends the opportunity to come together to engage with the Breakthrough Institute in conversation about the world’s most wicked problems.

The Dialogue is presented in service of Breakthrough’s mission to transition to a future where all the world’s inhabitants can lead prosperous lives on an ecologically vibrant planet. It has become a hub for the burgeoning ecomodernist movement, offering a positive vision that includes thriving cities, more space for wild nature, and a future in which everyone in what is now the developing world can choose to live a modern life.

The Dialogue program will consist of four panels on the main stage and three sets of concurrent sessions that allow for more focused discussions. There will be opportunities to interact in all the sessions as well as time for individual and small group conversations as we share meals and free time in the beautiful setting at Cavallo Point in Sausalito, California. 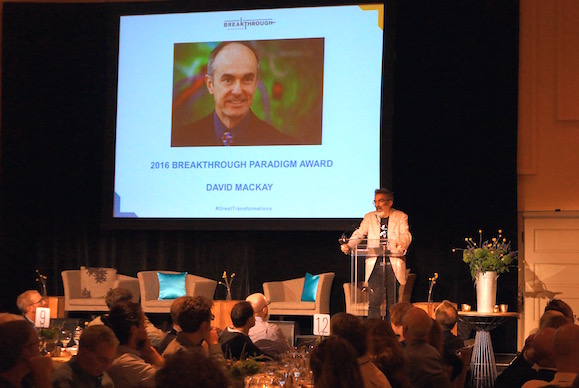 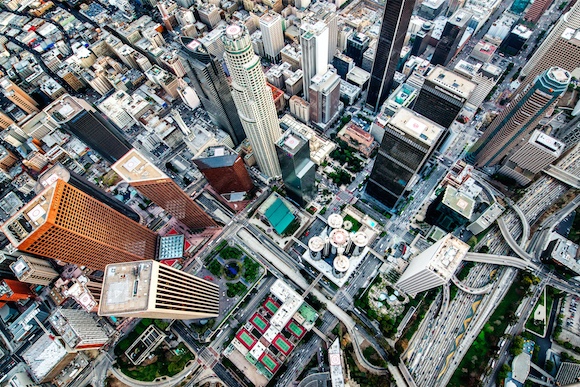 Humans have made extraordinary progress over the last several centuries. Increasing numbers of people, in both absolute and percentage terms, live longer and have reliable access to basic needs like food, primary education, and health care. In wealthy countries, people are able to focus on higher-level needs, like what to do, who to be, and who to love. Simultaneously, there are billions of people in poorer countries still striving to live the sorts of modern lives we enjoy. So why are so many of the richest and most privileged people on earth, despite reaping such extraordinary benefits, convinced that progress is a mirage and modernity must inevitably end badly? What does modernization actually mean today for poor families as they leave subsistence agrarian livelihoods and move to cities? And what are the consequences for them of declining faith in progress in the rich world?

Is Industrialization Still Possible in the 21st Century? 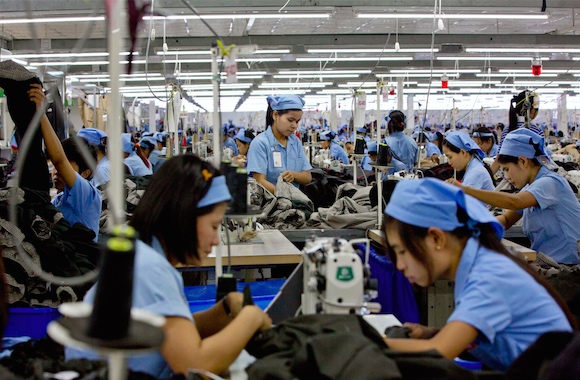 We know that traditional modernization “worked” for the rich countries of the world: incomes are much higher, infrastructure is much more reliable, and social indicators like public health, education, and well-being show the undeniable benefits of modernity. But are the processes that drove modernization in the past -- urbanization, agricultural intensification, and industrialization -- available to developing countries today? Prominent scholars have argued that the blue-collar manufacturing jobs that powered 19th and 20th century industrialization will not materialize for the world’s poor today, thanks to globalization and automation. There is also disagreement over the role of governance and industrial policy. Can emerging economies follow the rich world’s path, and if not, is there some other road to modernity?

Is Peak Farmland in Sight? 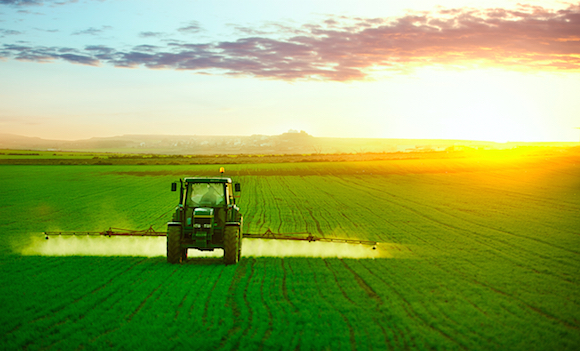 Improved yields in agriculture have spared tens of millions of hectares of natural habitat from conversion to farmland over the last 50 years, and the expansion of farmland has slowed down in the last two decades. Do we have the technological capacity to reach peak farmland in the next few decades? Even if we do, will the peaking of global farmland be accompanied by a shift of agricultural production to the tropics, with potentially devastating consequences for tropical forests, which harbor a huge proportion of global biodiversity? What will it take to intensify agricultural production globally while ensuring that we protect critical tropical habitat? 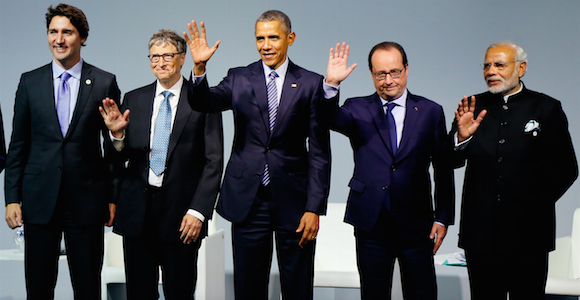 In some ways, just a year removed from the release of ‘An Ecomodernist Manifesto,' the work of ecomodernism has just begun. But efforts to uplift humanity and use technology to spare nature have been around for generations. For the final plenary session of this Dialogue, Breakthrough cofounder and president of Environmental Progress Michael Shellenberger will interview several inspiring experts and activists working to improve their communities through ecomodernist approaches and technologies. Panelists include a professor who has studied how liquid petroleum gas (LPG) helped save the forests in Indonesia, an expert in Indian development and modernization, a physicist building a bridge between nuclear innovation in the United States and China, and two “mothers for nuclear power” marching to save Diablo Canyon and other threatened nuclear plants in the United States.

Ecomodernism and the Left

Much of the substance of ecomodernism rejects sacrosanct convictions held by the modern Left: ecomodernism’s preference for more energy, not less; an appreciation of progress, accomplished not by corrupt crony capitalists but through public-private partnerships; and an enthusiasm for symbolic liberal bugaboos like nuclear power and GMOs. These distinctions being the case, what does ecomodernism share with the Left? Is ecomodernism something entirely new — an “up-winger” movement as opposed to a left-winger one, for instance — or do the political and intellectual traditions of the left still matter for ecomodernism?

Livestock are responsible for 14 percent of global greenhouse gas emissions and take up a quarter of the world’s land area. Meanwhile, meat consumption is on the rise in developing countries as people grow wealthier. What agricultural practices and new technologies can help reduce the environmental impacts of meat production? Are cultured meats or genetically-engineered animals part of the solution?

While the first GenIII+ nuclear reactors in the world come online this year in China, most energy experts agree that innovation isn’t happening fast enough in nuclear power. The old state-led, top-down nuclear innovation model may still be relevant in some places, such as China and Russia, but is unlikely to represent a plausible route forward in the United States given the present political, economic, and institutional climate. The alternative is to move toward a more distributed, networked, and bottom-up innovation model in the nuclear sector. This panel will discuss what’s required to get us there: a range of new policies and institutional changes beyond the initial, and very important, measures we are currently advocating.

Geoengineering sits uncomfortably within ecomodernism. On the one hand, it offers a (at least partial) technological solution to an environmental problem. On the other hand, it inserts humanity deeply and perhaps irrevocably into natural systems. How should ecomodernism consider geoengineering? And most concretely, is geoengineering best thought of as an emergency “last-ditch” response to global climate change, or as a more regular and less severe tool to be deployed along with mitigation and adaptation?

Energy sprawl: can we have low-footprint decarbonization?

Renewable energy sources like wind and solar are low-carbon, but they require more land area than fossil fuels. Scaling these sources up to the level needed for serious decarbonization could have major land-use consequences. What trade-offs are we willing to accept between conservation and clean energy? How can we encourage policy-makers to prioritize low-footprint technologies?

Can Conservatives Get Back in the Environmental Game?

Wilderness in the Anthropocene

Wilderness has long been a cornerstone of American conservation ethics. But in recent years, this ideal has been put into question by the concept of the Anthropocene – a world where no ecosystem escapes human influence. Can “wild" be divorced from “pristine,” and thus still be relevant at a time when baselines are elusive and many ecosystems are novel? Should conservationists always intervene to save endangered populations and species, or should some ecosystems be left entirely to their own devices? If interventions are made, can these places still be considered wild? And does a focus on remote, wild places detract from nature closer to the cities where most people live?

The New Countryside: Evolving Livelihoods and Landscapes in Latin America

We all know that cities are dynamic and fast growing. But rural areas and livelihoods, particularly in developing countries, are rapidly evolving too – with big and often unexpected consequences for both human development and conservation. This “agrarian transition,” whereby livelihoods are becoming de-linked from farming and the land, is far from a linear process. Migration between rural areas and cities goes both ways; people who remain in the countryside often rely largely on non-farm employment; and remittances from abroad create new livelihood opportunities. In the process, forests are regrowing on abandoned farmland in many regions, while intensive agriculture to feed growing cities is expanding elsewhere. What do these new dynamics mean for conservation and for poverty alleviation? Hear leading scholars discuss how the agrarian transition is playing out in Latin America, and how societies can deal with the new perils and opportunities it presents.

Accidents are inevitable — and perhaps so are nuclear meltdowns. The worst effects of Chernobyl and Fukushima were all psychological. Instead of doing “shelter in place,” nuclear radiation panic in Japan resulted in an unnecessarily large evacuation that resulted in injury and death. People around Chernobyl suffered from depression and related problems including alcoholism. What can be done so humans can have a more accurate view of radiation and meltdown risk? What preparations must be made today to prepare for future accidents including in foreign nations?

A number of prominent thinkers have observed that environmentalism is the religion of western secular elites; in the striking imageryof French Philosopher Pascal Bruckner, environmentalism places the Earth on the cross, dying for humanity's sins. Pope Francis'2015 Encyclical, Laudato Si', absorbs and reflects some of this thinking, focusing not just on modernity's threat to the planet, but also to the global poor. In this session, scholars from different faith traditions will be in dialogue about ecomodernism's radically divergent proposition, that modernity and technological innovation can actually be good for people and nature. What does religion have to say about ecomodernism, and how might ecomodernism inform faith?