Visualizing How Humans Are Embedded in Nature

Any ecology student could tell you what biomes are: vegetation types, such as grasslands and tropical rainforests, that ecologists use to map the planet. But there’s a problem. Biomes exist only at the discretion of nearly 7 billion people trying to live their lives on a crowded planet.

Invert that ancient image of invasive humans chopping away at the edges of a pristine nature. The era has long since moved from the Holocene to the Anthropocene. Nature is now embedded within a matrix of human-altered croplands, pastures, towns and cities. These anthropogenic biomes — “anthromes” for short — offer a fresh way of seeing our planetary pastiche.

By combining data on land cover, land use and population density, researchers from the University of Maryland, Baltimore County, and McGill University visually captured 21 anthromes, ranging from urban settlements and irrigated villages to remote deserts and other barren lands. Using these data, we’ve zoomed into particular anthromes in seven countries, spanning six different continents, to show how human and natural landscapes have become one. 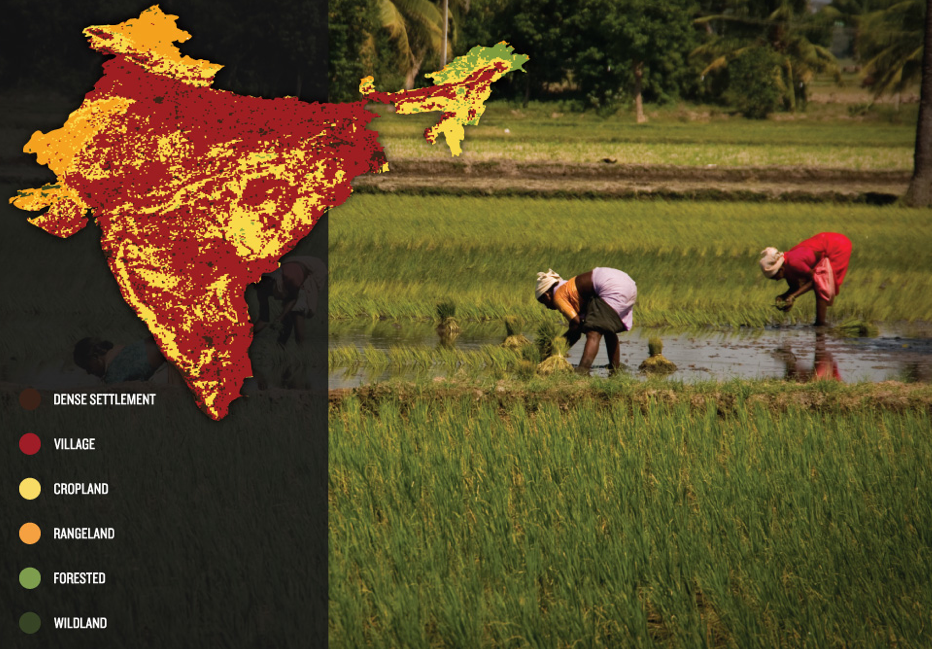 One-half million villages sprawl across every corner of rural India, where seven in 10 Indians dwell in some of the longest cultivated and most densely populated landscapes on the planet. India is home to one-quarter of all the world’s villages, and nearly one-half of all rice villages. Running along the fertile Gangetic Plain from Punjab to the Bay of Bengal, these ancient rice villages are home to 250 million people — making them the most populous anthrome in any single country. Over millennia of intensive land use, India’s villages have evolved into a finely textured bio-cultural tapestry. Today, however, India’s unique knowledge and genetic resources face new challenges in a world where intellectual property carries the promise of big money. Most notorious is the case of neem, a tree whose traditional medicinal properties led to patent claims in the United States and Europe. Public outcries of biopiracy and neo-colonialism led to a drawn-out series of legal disputes and the eventual revocation of certain patent claims by the European Patent Office. 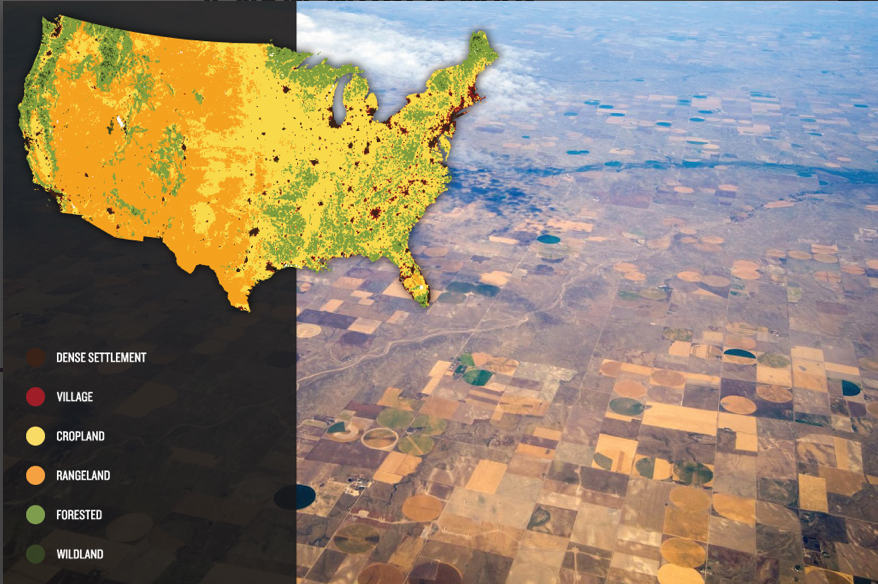 Very few places in the world are devoid of people and rainfall but rich in cropland. A major exception is the High Plains of the United States, where agribusiness, mechanized agriculture and the discovery of enormous groundwater reserves have transformed low-productivity rangelands into one of the world’s most lucrative breadbaskets. These remote croplands owe their existence, in large part, to the Ogallala Aquifer, which supplies about 30 percent of the nation’s irrigation water to grow one-fifth of its wheat, corn, cotton and cattle. Yet this anthrome — just 50 years old — may be short lived. Severe overdraft of the Ogallala has led to cropland abandonment in some places and a 9 percent loss in water storage overall. While center-pivot irrigation and other conservation techniques have substantially reduced overdraft of the Ogallala from its peak in the mid-1970s, the ultimate sustainability of this anthrome is at risk. 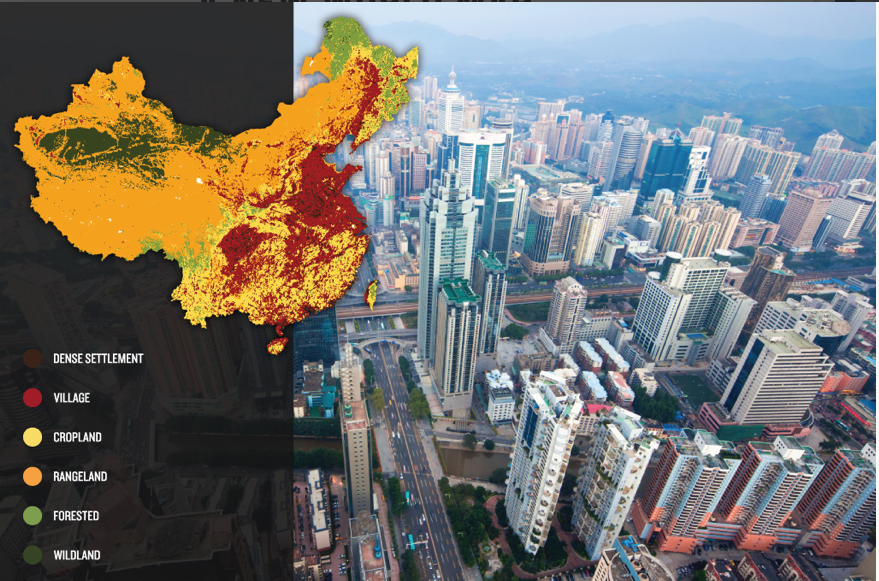 The greatest migration in our civilization’s 10,000-year history is now under way in China. A “floating population” of 150 million — mostly young, mostly rural and making up 10 percent of the country — is seeking out newly found urban opportunities. Already, Chinese rivers and coastlines host almost one-quarter of the world’s urban and densely settled anthromes, where half of the world’s cranes and new concrete are busily building the most significant human habitats of the 21st century. But cities are more than concrete and steel. They are also key nodes in a global exchange network of goods, services, people and ideas. Rising cities little known to most westerners, like Guangzhou, Shenzhen and Tianjin, are helping to reconfigure anthromes the world over: Both domestically, as farm-workers abandon traditional, labor-intensive agriculture, and internationally, as regions as far-flung as the rainforests of Borneo and Brazil rush to supply China’s mounting demands for feed, fuel and fiber.

Australia: Adapting Down Under 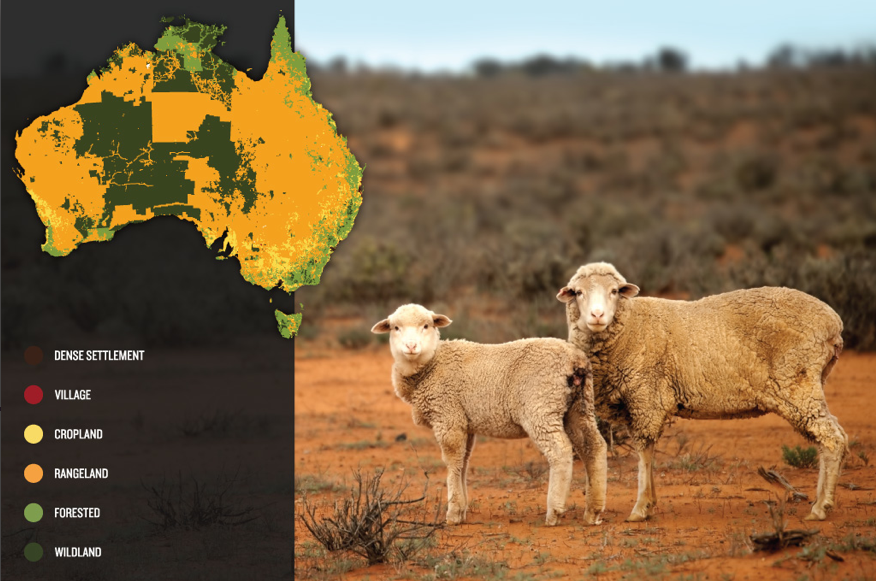 The harsh, unpredictable climate of Australia’s vast interior makes it one of the least densely populated countries in the world. While most Australians dwell in urban anthromes like Sydney, Perth and Melbourne, a tiny percentage spread themselves thinly across the 4.2 million square kilometers of remote rangelands that span half the continent. But the absence of humans does not mean an absence of human influence. Aboriginal people have used fire to manage Australia’s vegetation for at least 40,000 years. And, in the past 150 years, ranchers have used self-replicating machines called sheep and cattle to capture thinly dispersed plant cellulose and convert it into meat, hides and wool. No other technology comes close to fire and livestock in its power to enable a small population to transform vast swathes of land. In the past 30 years, however, Australia’s remote rangelands have entered a period of profound cultural and economic change, with tourism and mining forcing aboriginal and ranching communities to adapt yet again.

The Wild Frontier of Brazil 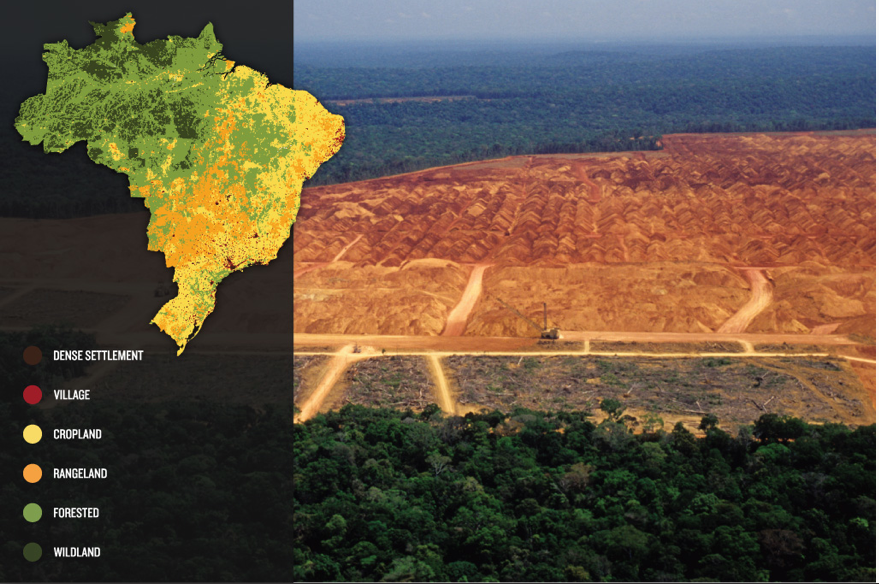 No ecosystem on Earth carries more ecological and symbolic value than the Amazon rainforest. And no country better illustrates the complexities of managing the biosphere in the 21st century than Brazil. Remote and wild forests cover one-third of the country, occupied by the occasional settler or indigenous community with few ties to the central government in Brasília. Like the bygone age of America’s Wild West, the Brazilian Amazon presents a vast, promise-filled frontier to an emerging global power. But unlike the United States during its ascent, Brazil must negotiate a host of new political, economic and ecological tradeoffs clamoring for attention across multiple scales. The Amazon provides critical ecosystem services in the form of global carbon storage, regional climate regulation, local flood control and an extraordinary wealth of biodiversity — all contending with growing demands for timber, soy, beef and biofuels from regions like Europe and China. Weighing heavily on these tradeoffs is Brazil’s imperative to develop and retain sovereignty over its domestic resources. Will Brazil follow the lead of the American frontier? Or might it take another course? 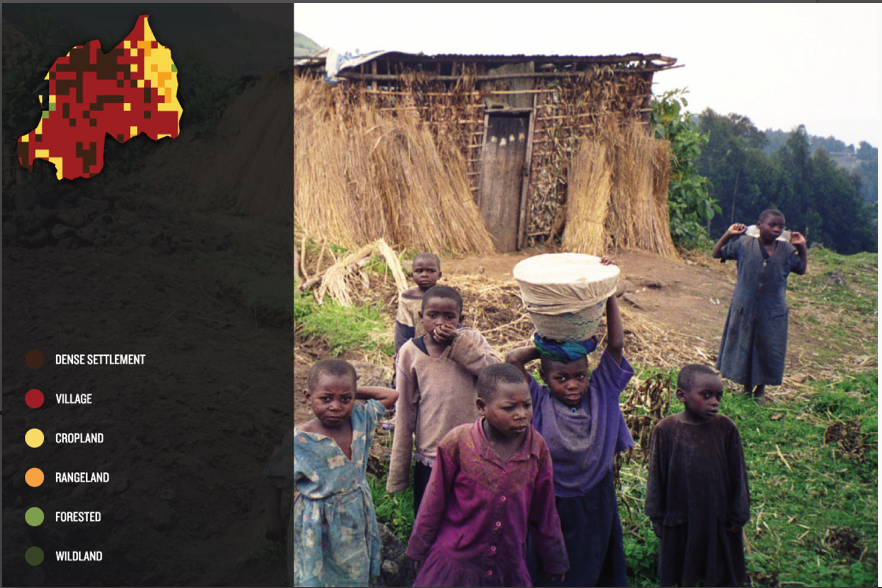 One of the most densely populated countries in the world, Rwanda is also one of the most biodiverse. Dense settlements comprise one-quarter of the country, and villages occupy the rest. Ironically, there are no wild anthromes in this land awash with some of the richest biodiversity on the planet. Situated between the Great Rift Valley to the east and the Congolese rainforest to the west, Rwanda sits atop the Albertine Rift, a biodiversity hotspot home to more endemic mammals, amphibians and birds than anywhere else in Africa. Remarkably, human population densities here approach 750 people per square kilometer. The extreme convergence of people and wildlife speaks to the anthromes’ major lesson: Nature now exists in pockets embedded in human landscapes, and any attempt to conserve nature must also address human well-being. But paradise this is not. Most Rwandans live in precarious conditions, in a country riven by civil war, where violent conflict has led to unsustainable practices like the bushmeat trade.

United Kingdom: God Save the Green 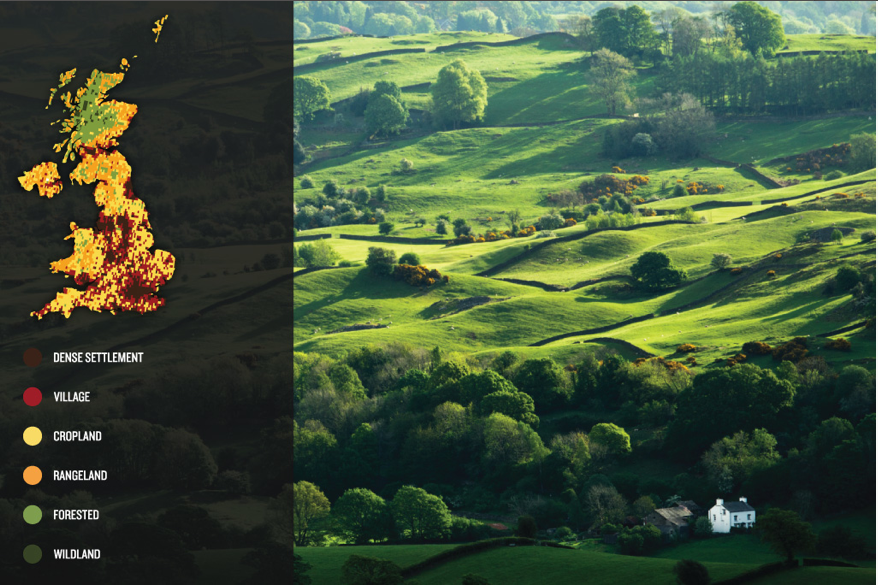 British economist John Maynard Keynes once quipped, “The inhabitant of London could order by telephone, sipping his morning tea in bed, the various products of the whole earth.” Although Keynes was talking about the British Empire, the same could be said of the United Kingdom today. Heavily reliant on food imports, the island nation is free from the pressure of feeding its entire population from the agricultural anthromes that already cover three-quarters of the country. Therefore, the U.K. can afford to preserve the picturesque landscape of hedgerows and rolling fields so integral to its national identity. Keynes’ observation persists today because the country continues to reap the benefits of a global economy.

Chad Monfreda is pursuing a Ph.D. in the Human and Social Dimensions of Science and Technology at Arizona State University's Consortium for Science, Policy & Outcomes. He has written about sustainability science for various venues, including WorldChanging.com. Maps and data were provided by Navin Ramankutty, associate professor of geography at McGill University, and Erle Ellis, associate professor of geography and environmental systems at University of Maryland, Baltimore County. Ellis is currently visiting professor of landscape architecture at Harvard University's Graduate School of Design. This article is reprinted with permission and originally appeared on Ensia.

Erle C. Ellis is professor of geography and environmental systems at the University of Maryland, Baltimore County, and a Senior Fellow at the Breakthrough Institute.