More than half of the world's population now live in urban areas — increasingly in highly-dense cities (UN, 2018).

Whilst urbanization is often the result of increasing incomes — and therefore a driver of higher consumption lifestyles — dense cities could also play an essential role in reducing our environmental impact. 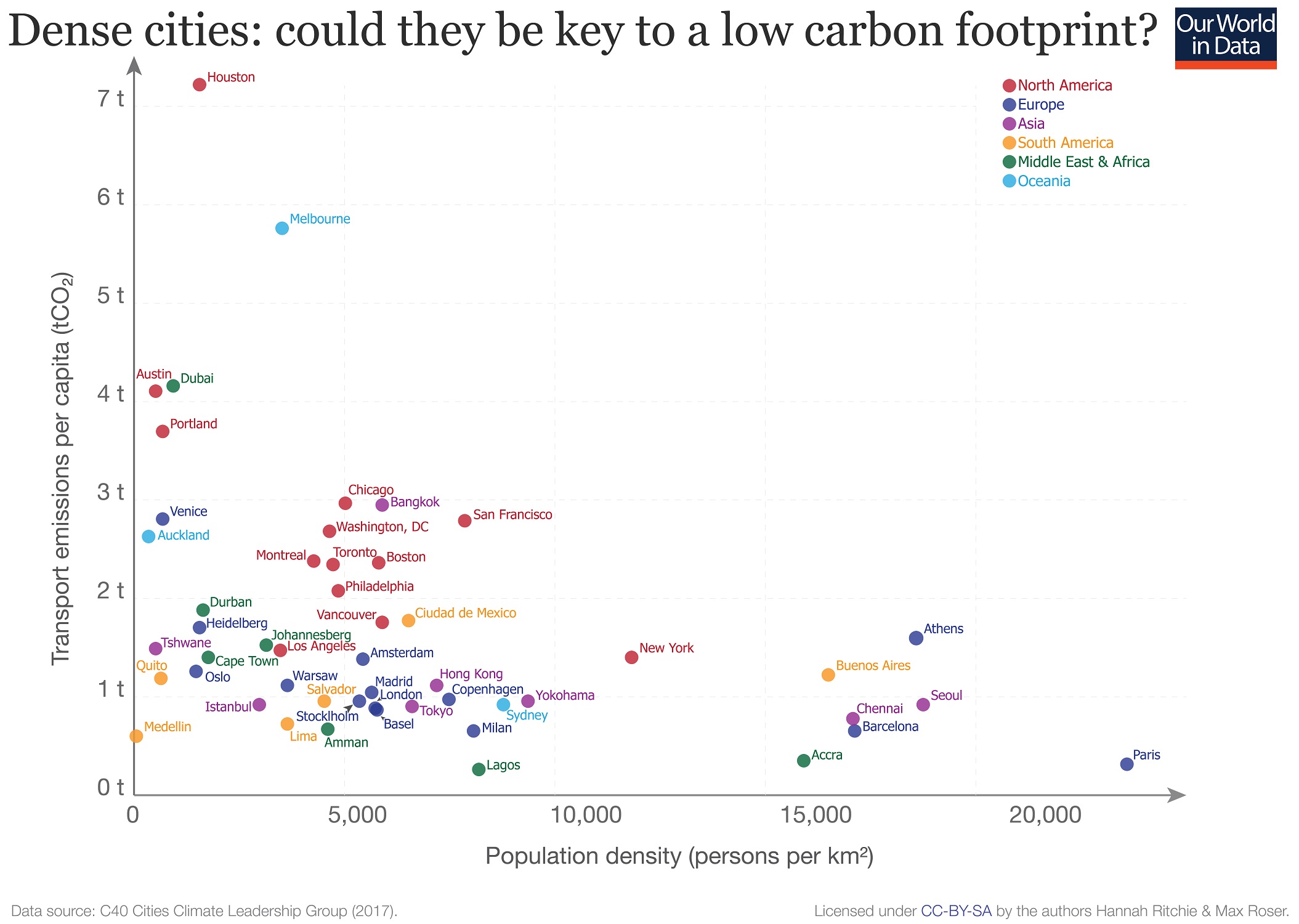 In the chart above we see average per capita carbon dioxide (CO2) emissions from transport across the world’s largest cities, plotted against each city’s population density. Emissions from all forms of domestic transport — private, public, aviation and off-road —are included.

Emissions are assessed in line with the Community-scale Greenhouse Gas Emission Inventories (GPC) framework. They include all in-city transport (Scope 1) emissions which are calculated based on travel activity data (number and length of trips), mode share (e.g. car, rail, bus), the energy intensity of each transport type and the fuel factor of primary fuel use. This is assessed and reported in compliance by the GPC by each city.

Overall, we see that cities with the highest per capita transport emissions tend to be less densely populated. Denser cities tend to have lower transport emissions. This relationship is most clearly seen in regional contexts: the correlation is stronger in North America than in Europe, for example.

Intuitively, this makes sense. Dense cities allow for high integration of public transport networks, and travel distances can be much shorter. This relationship is not perfect: population density is therefore not the only aspect to consider. Urban planning, structure, policy and public infrastructure are also important. But in a world where more of us are living in cities than ever before, perhaps compact living could be key to minimising our environmental impact.

Hannah Ritchie is a researcher working at the online publication OurWorldinData.org, where she focuses on the intersection between sustainability and global development.