Over the last century the view of the world as essentially dynamic has overthrown ancient notions of stasis. While naturalists once believed Nature existed in a state of delicate harmony, modern earth scientists describe disturbance as essential to life. While economists once focused on the way economies revert to states of equilibrium, hoping to discover universal laws, today’s investor class seeks disruptive new technologies that change the rules of the game. Little surprise then that the phrase “creative destruction,” once limited to economics, now seems appropriate shorthand for interpreting a multitude of contemporary forces.

Creative destruction has also come to signify the inherently unequal or contradictory impacts of technological innovation. The loss of a livelihood to a robot is made no less wrenching by the wonder of being transported around in a self-driving car. The Internet enables greater solidarity across borders and less within them. The natural gas revolution has cut carbon emissions but increased methane emissions; it slashes domestic coal consumption but increases coal exports. A new second-growth forest on the far side of the planet is of little consolation to the loss of an ancient one in your backyard.

When it comes to the environment, we focus so resolutely on the “destruction” side of the equation that many of us, especially in the developed world, only refer to “progress” ironically. And yet, if some amount of destruction will always be required for any act of creation, it may also be that rising affluence, ingenuity, and wisdom are allowing us to radically reduce our destructive impacts.

Scholars of ecological modernization point to strong evidence of the decoupling of economic growth from environmental destruction. Innovation allows us to grow more food on less land — freeing up more of the Earth for wilderness — and to produce more energy, with fewer emissions, for more people. Rather than running out of resources, we create new ones, moving from whale oil to kerosene, from wood to coal, and from coal to gas. Our oft-denounced “control of nature” may one day soon allow us to eat meat without sacrificing non-human animals.

Still, sweeping stories like these, however evidence-based, should not mislead us into thinking the choices we have to make about innovation and the environment are simple or straightforward.

In an effort to explore these dynamics and the choices they present, Breakthrough Dialogue 2013 asked, “How can we shape creative destruction to create a world where all nine billion of us can live prosperous lives on an ecologically vibrant planet?”

How should we think about creative destruction for the 21st century? 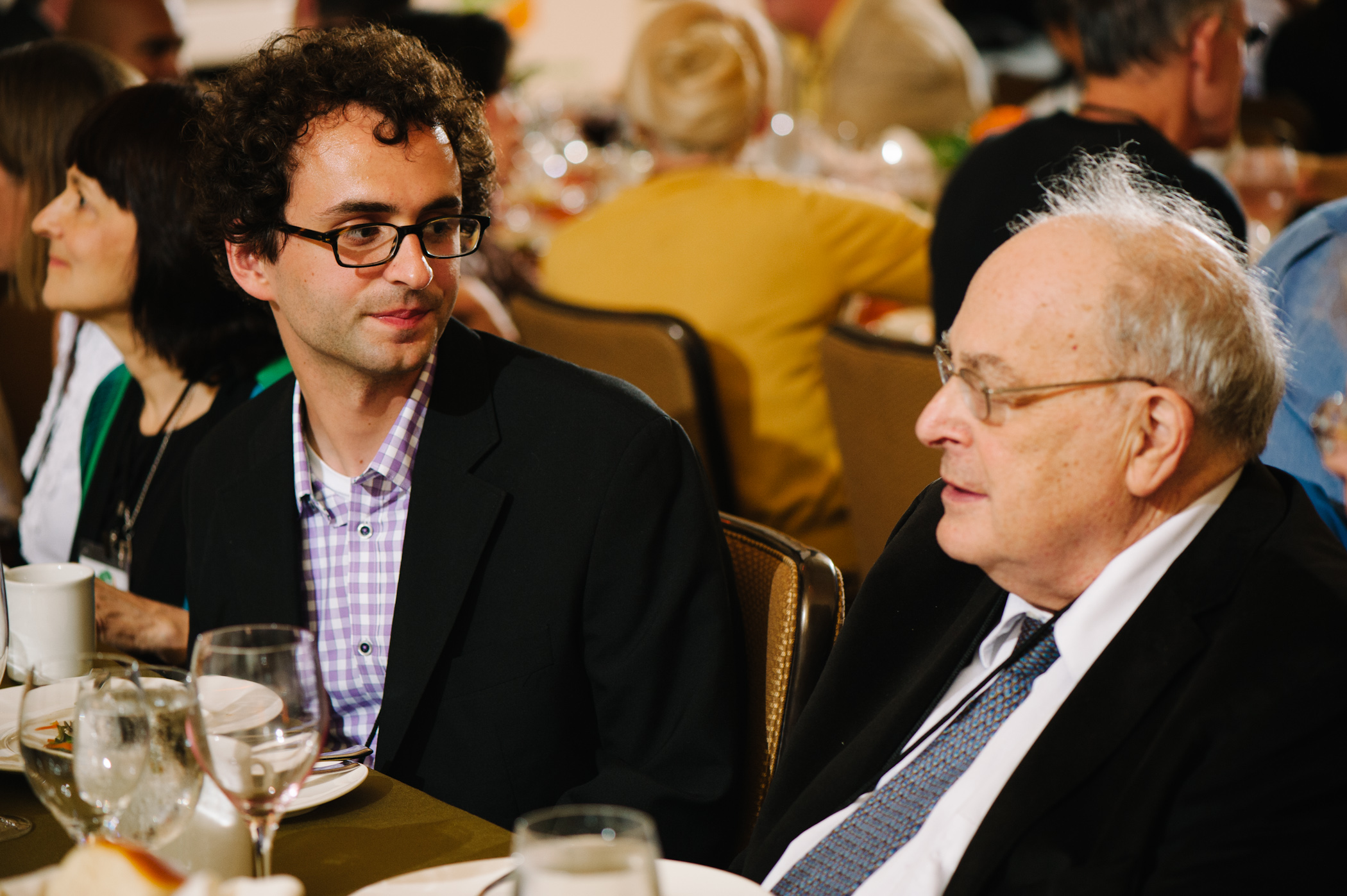 According to the theory of capitalism developed by Austrian school economists including Friedrich Hayek and Ludwig von Mises, innovation is inevitable as long as entrepreneurs have incentives to pursue new economic opportunities. Economists like John Maynard Keynes and sociologists like Daniel Bell, in contrast, believe that capitalism is beset by contradictions, especially in balancing consumption and production. Finally, Joseph Schumpeter suggests that technological innovation, by constantly destroying old businesses and by creating new ones, is the engine of capitalism. What new story should we tell about capitalism in the 21st century?

Can the American way of innovation be saved? 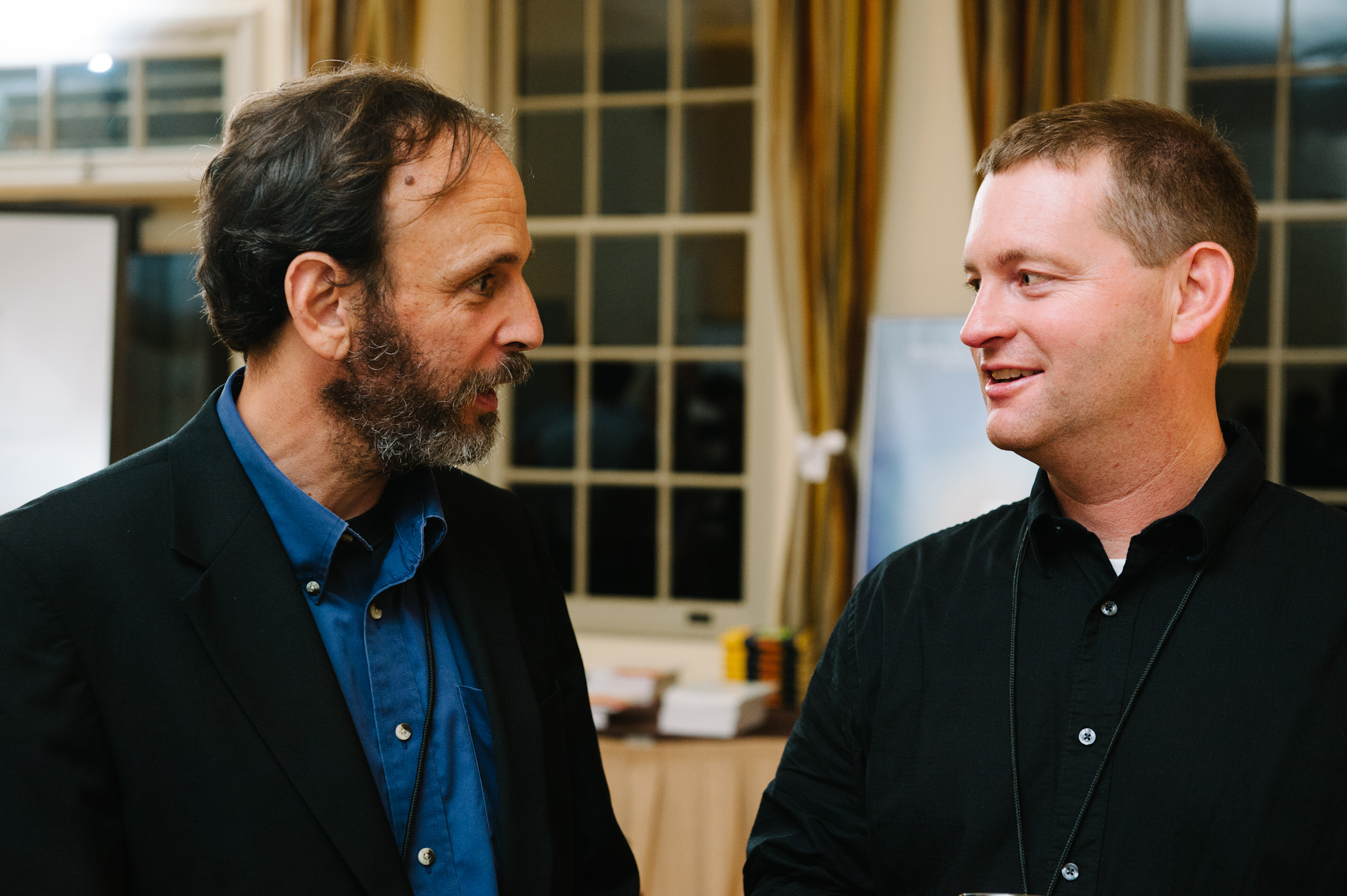 The American innovation system has recently faced withering criticism. Critics accuse the Department of Energy of wasting taxpayer money on wind, solar, biofuel, and nuclear technologies that cannot succeed. Others say the National Institutes of Health is wasting billions on a “pure science” approach to cancer while starving more pragmatic research programs. Still others suggest that both government and
private firms are chronically underinvesting in innovation.

And yet, the American-led information and communications revolution continues to penetrate into productive sectors like manufacturing and agriculture, and is now starting to impact “stagnant” sectors like health and education. The self-driving car — funded by government agencies around the world including DARPA — promises to revolutionize transport. And the homegrown shale gas revolution is adding $100 billion annually to the American economy and promises to do more for air pollution and global warming than any number of new regulations.

Given all of this, what useful generalizations can be made about the American way of innovation? How should we understand these critiques and calls for reform? Are public institutions taking too many risks or too few? Are they failing too much, too little, or in the wrong ways? Why has the military been the source of so many technology winners? Do we have the institutions we need today, or is radical reform required? Do we need to invest more on innovation or just spend the money better? If patents are a misleading indicator of innovation, distracting us from the things that matter, what are the right metrics? 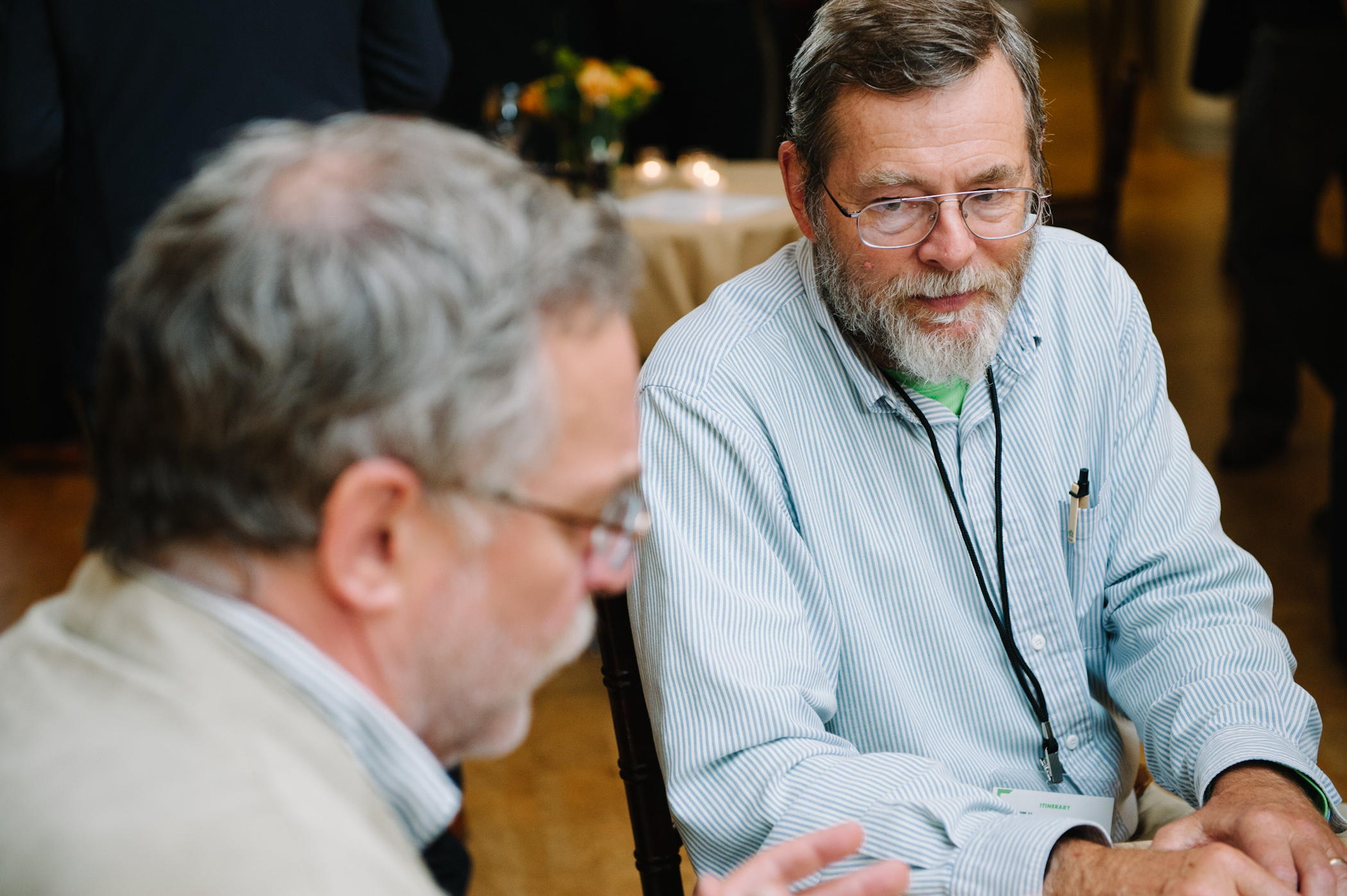 In 2012, a debate broke out in the pages of the Economist and Scientific American about whether there are planetary limits to human development and, if so, what they are. While the notion of ecological limits is as old as Reverend Thomas Malthus – who first proposed in 1798 that rising population would outstrip land available to produce food – climate change injected fresh urgency to these concerns. In 2012, the United Nations briefly considered making planetary boundaries part of Rio+20, but during the same period, several of those who had co-authored a 2009 Nature article about planetary limits co-authored a separate paper calling for a new focus on "planetary opportunities" such as urbanization, land sparing, and decarbonization, all of which hold the promise of decoupling economic growth from environmental degradation.

Can all seven going on nine billion humans consume at Western standards of energy and resource consumption? Is human development necessarily degrading nature, or can the two things be decoupled? What stories can we tell about different futures, and how should we evaluate our ability to predict and create particular futures?

Can natural gas be a climate strategy? 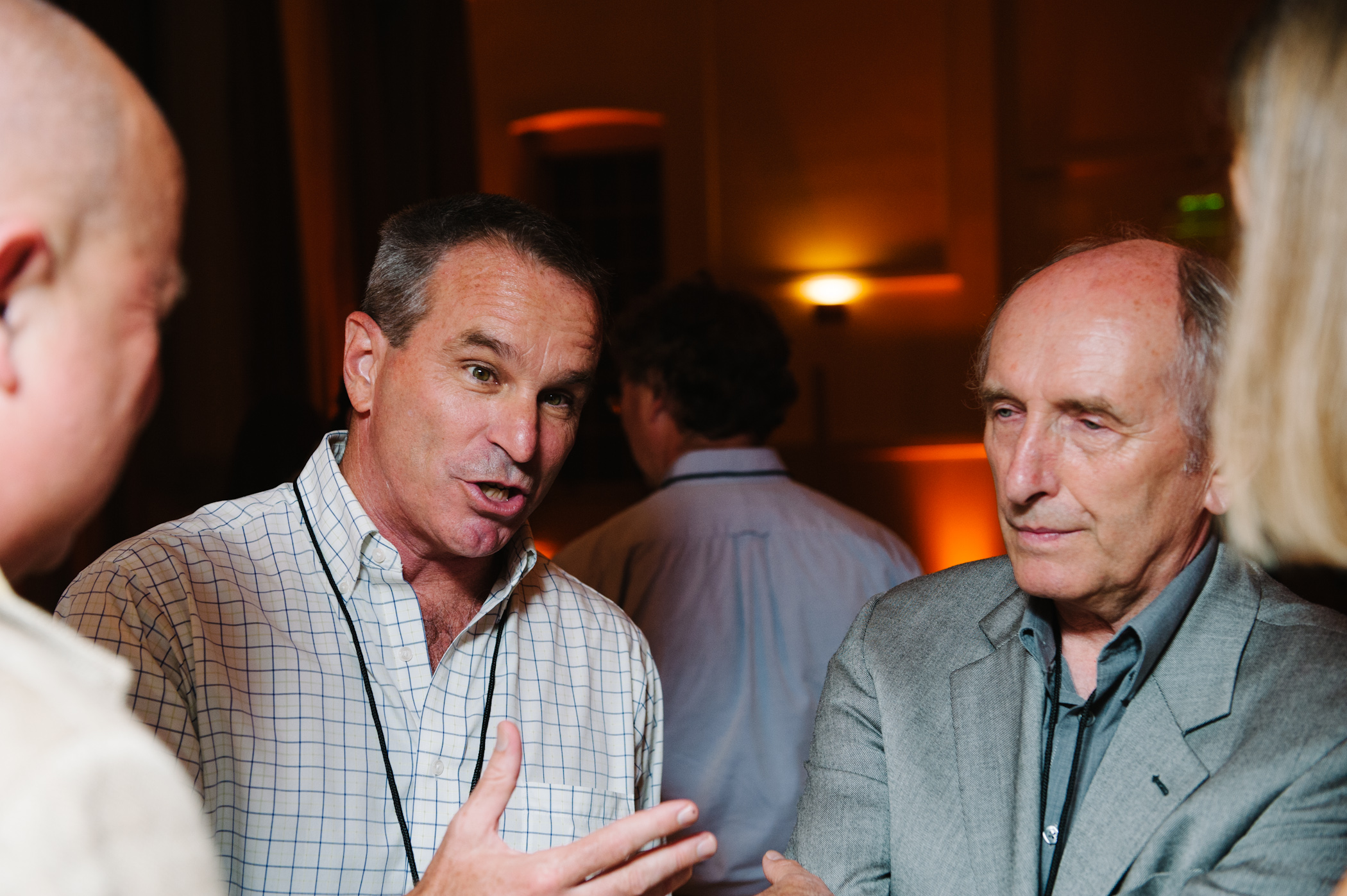 The shale gas revolution has upended longstanding assumptions about the future of energy and climate change. The notion that economic sacrifice would be required to combat climate change depended upon the assumption that no source of electricity could be cheaper than coal. Today, natural gas is cheaper than coal in the United States, and carbon dioxide emissions in the United States are declining faster than in any other country in the world. The glut of cheap natural has reduced coal consumption in the United States by about 14 percent since 2009, while Europe's consumption of coal has increased about 10 percent. Gas's impact on zero-carbon energy such as renewables and nuclear is decidedly mixed. On the one hand, cheap gas undermines those more expensive technologies. On the other, it gives them more time to develop.

What are the implications of the gas revolution for climate policy? Should we seek to expand it or slow it? Can natural gas be a bridge fuel to a clean energy economy? If so, what policies should be advocated?

What are the ethics of ecological modernization? 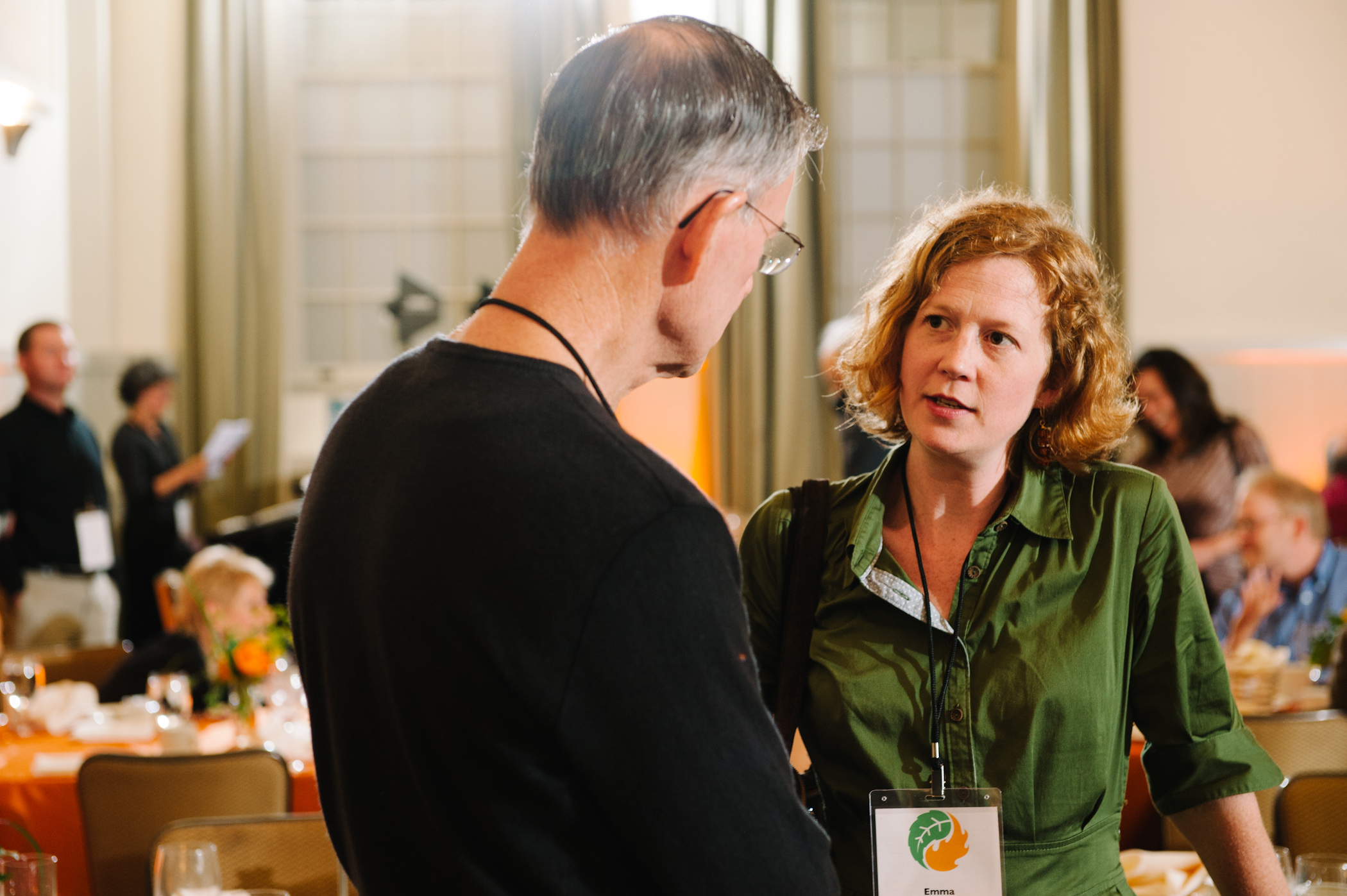 For the last century, environmental ethics have been largely associated with reverence toward nature, a “small-is-beautiful” ethos, anti-consumerism, and skepticism toward technology, modernity, and progress. Such an ethic helped achieve important environmental safeguards in the West and protected millions of acres of ecologically vibrant habitat.

But with a growing global population seeking to live prosperous, modern lives, it is clear that the preceding environmental ethic will have little potency in the Anthropocene, the age of humans. Developing countries like China, India, and Brazil are pursuing prosperity with little concern for the preoccupations of environmentalists in the West. Climate change also raises the prospect that big machines, from nuclear energy to desalinization plants, may be necessary to reduce humankind’s most destructive ecological impacts.

If the older environmental ethic no longer serves us, what new moral philosophy shall succeed it? If nature consists of everything from elephants to humans to smallpox, what guide is there for what should be protected and what should be used? Can humans truly have control over the planet when our ability to control the consequences of our actions remains so weak?