The Year of Great Transformations

“If you haven't yet heard of the Breakthrough Institute, it is time you did.”

So wrote agricultural expert Jayson Lusk earlier this month. This year was a landmark for Breakthrough. It was a year of great transformations and great achievement for Breakthrough. We extended our work into agriculture and energy’s role in human development. We expanded our staff to broaden our network and boost the impact of our research. We hosted our most successful Dialogue yet, welcoming an international audience of experts, journalists, activists, and philanthropists to our popular gathering in California. And we published original research that is helping to point the way to a practical vision of a healthy, prosperous, and secure future for everyone on the planet while leaving more room for nature.

18 months after releasing ‘An Ecomodernist Manifesto,’ and over a decade since ‘The Death of Environmentalism,’ Breakthrough boasts over 50 Senior Fellows, 70 Generation Fellows, dozens of reports and publications, and years of ongoing research, convening, and ideas in the works. Below you can read about our biggest accomplishments of the year. 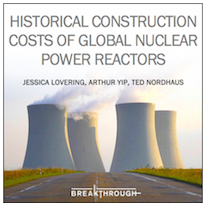 In the last few years, Breakthrough’s staff have become leading experts on cost trends and economics of nuclear power. In April, the journal Energy Policy published “Historical construction costs of global nuclear power reactors” by Jessica Lovering, Ted Nordhaus, and Arthur Yip, which went on to become the journal’s most-downloaded article of 2016. This research generated the largest-ever dataset of nuclear power plant construction costs, analyzing countries where costs have increased like the United States and France and where costs have declined, as in South Korea. The paper was covered by Brad Plumer at Vox and Julian Spector at CityLab, among other outlets, and Lovering wrote about the paper’s central findings for Greentech Media.

In December, we kicked off what will become multiple years of research on food and agriculture. This began with a series of essays on the Future of Food. With the largest land footprint by far of any human endeavor, and particularly sensitive to technological change and innovation, farming plays an outsized role in achieving Breakthrough’s vision of a high-energy, low-footprint, economically prosperous and equitable future. Our first two essays focus on precision agriculture and meat production, and have garnered several responses from Harvard’s Calestous Juma, Cornell’s Mark Lynas, historian Maureen Ogle, and others.

Breakthrough Pushes Back Against Extremism on the Right and Left

After a year in which political polarization reached new highs, Breakthrough remains committed to depolarizing environmental conversations and forging broadly popular solutions. For us, this means creating space for pragmatic policies and pushing back on ideological extremism. In March, USA Today published Ted Nordhaus’ op-ed “Don’t Let the Planet Bern,” in which Nordhaus argued that Senator Bernie Sanders and the environmental Left have adopted a climate agenda so impractical it would actually increase emissions. And after the election of Donald Trump in November, Nordhaus published an essay that went viral, arguing forcefully for Breakthrough’s policy agenda while also cautioning that “no amount of clean energy or infrastructure is worth forfeiting what remains of our civic and democratic culture.”

Breakthrough’s technology and innovation focused climate framework gains new adherents and recognition every year. In the wake of threats by the incoming administration to withdraw from the Paris Accord and scrap the Clean Power Plan, Breakthrough published a new analysis illustrating that technology and macroeconomics, as opposed to explicit climate policy, remain the main event when it comes to emissions and climate mitigation. Examining the US Clean Power Plan, the Paris Agreement, the Kyoto Protocol, California’s carbon cap, Germany’s climate goals, and the UK Climate Change Act, we found little signal that climate policies are driving significant emissions progress around the world. The analysis was featured by Eduardo Porter on the front page of the New York Times’ Business Section. As Porter wrote, “real progress on reducing carbon in the atmosphere has been driven so far by specific domestic energy, industrial and innovation policies.” 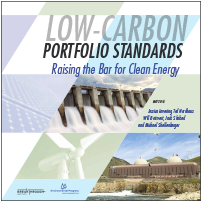 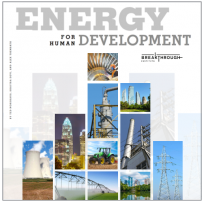 This year, Breakthrough published a framework several years in the making on energy’s role in human and economic development. Energy abundance, not merely “energy access,” is the appropriate solution to energy poverty, we wrote. In August, Foreign Affairs published our essay on energy for human development, and we released our paper in November. Ted Nordhaus spoke on this research at Brookings and the Center for Global Development, and the paper was also covered at Reason and Greentech Media. 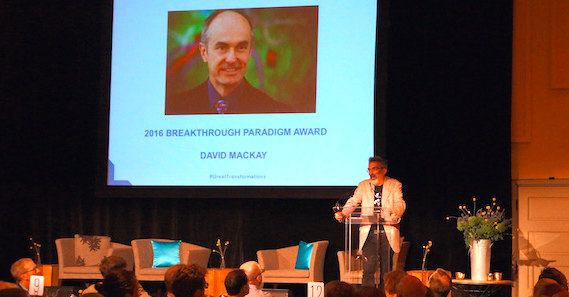 In June, Breakthrough hosted our sixth annual Dialogue, themed “Great Transformations,” bringing together leading global scholars, journalists, activists, and philanthropists to discuss energy, technology, environment, and human development. This Dialogue was our best-received yet, featuring plenary sessions on global human and environmental progress, agricultural innovation, industrial development, and ecomodernism in action. We were also pleased to welcome leading thinkers from North America, Europe, Africa, Asia, and South America to our increasingly international event. At the Dialogue, it was our honor to present our annual Paradigm Award to David MacKay, who sadly passed away earlier this spring, but whose life and accomplishments we continue to celebrate. 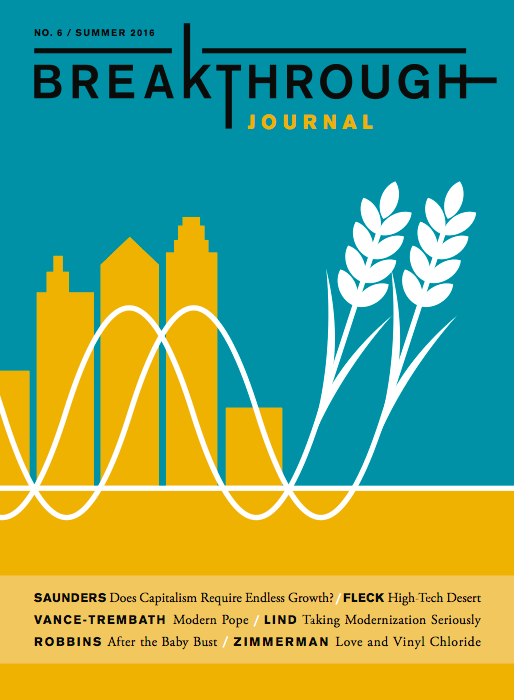 The sixth issue of Breakthrough Journal was published in June 2016. Essays included “Taking Modernization Seriously” by Mike Lind, which describes a Hamiltonian approach to economic growth and industrialization for poor countries in the 21st century. Theologian Sally Vance-Trembath also contributed a close reading of Pope Francis’ climate encyclical, arguing that Francis is dragging the Roman Catholic Church in a modernist direction. Other pieces included an important article on the coming population bust and its implications for the global environment by Paul Robbins, and a retrospective on Deep Ecology by Michael Zimmerman.