The Year of the Good Anthropocene

In summer of 2014, New York Times blogger Andrew Revkin gave a talk in New York titled “Paths to a ‘Good’ Anthropocene.” He was criticized for even entertaining the notion that the Anthropocene could ever be “good,” including by New Yorker columnist Elizabeth Kolbert and Australian ethicist Clive Hamilton.

In 2015, the Breakthrough Institute welcomed that debate. In April, several of us co-authored “An Ecomodernist Manifesto,” which states that “knowledge and technology, applied with wisdom, might allow for a good, or even great, Anthropocene.” The theme of our summer Dialogue this year was “The Good Anthropocene,” where Clive Hamilton debated Manifesto coauthor Mark Lynas on our stage. We also released the fifth issue of our Breakthrough Journal, themed “The Good Anthropocene.”

This has been a year of exploring the impact that humans can have on the environment, both positive and negative. 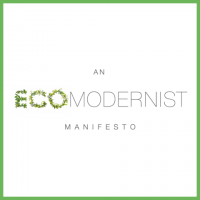 The release of ‘An Ecomodernist Manifesto’ was in one way the result of months of deliberation among the 19 coauthors; and in another way the result of decades of cumulative research and writing by countless scholars. For years, the Breakthrough Institute investigated the ways in which conventional environmentalism stubbornly held to mistaken notions about the nature of humanity, technology, and the environment. As our work has progressed, we have been influenced by our friends and by our critics. Most recently the shared research of the Breakthrough Institute and many other organizations has cohered into a new paradigm, called ecomodernism. The ‘Manifesto’ was applauded in the New York Times, Nature, Slate, and other major publications. At Breakthrough, ecomodernism really feels like the beginning of a movement. We can’t wait to see what happens next.

For years, Breakthrough and our colleagues criticized UN efforts to impose top-down, legally binding constraints on global emissions. We argued for a paradigm shift, in which commitments to technological innovation, social resilience, and access to modern energy replace the conventional “pollution paradigm.”

As the twenty first Conference of the Parties (COP21) negotiations wrap up in Paris, there is every indication that this paradigm shift has occurred. The treaty format has shifted from top-down emissions constraints to bottom-up technological ambitions. Since those targets are entirely dependent upon the technologies available in any given country, it’s especially encouraging to see Barack Obama, Bill Gates, and other world leaders embrace technological innovation by committing to increase investment in clean energy R&D. “I think the R&D announcement is really the biggest thing that will come out of COP21,” said US climate envoy Todd Stern.

Ted Nordhaus notes here how monumental this shift at the UN really is. Breakthrough’s Alex Trembath recalled the many years of effort that went into building the energy innovation consensus, and Ted Nordhaus was quoted in the Washington Post on why energy innovation remains the most important goal of climate policy.

Ecomodernism Bursts Onto the Scene 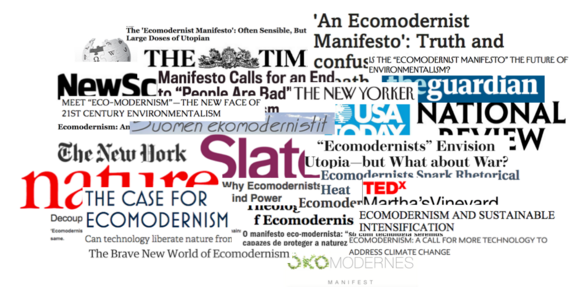 Just eight months past the publication of the 'Manifesto' and ecomodernism has already taken the world by storm. 'An Ecomodernist Manifesto' can now be read in 12 languages: that's about a third of the planet in their native language, and about half the planet in a primary or secondary language.

Dozens of responses to the Manifesto have poured in over the past eight months. All of them - both positive and negative - can be read on ecomodernism.org.

Ecomodernism is making its way to TEDx audiences around the country. Both Michael Shellenberger and Breakthrough Advisory Board Chair Rachel Pritzker have presented TEDx in the last few months. Leigh Phillips published a phenomenal book critiquing environmentalist anti-growth ideology, in which he speaks very favorably of ecomodernism.

“Official” ecomodernists are cropping up so quickly we can hardly keep track. There’s ecomodernistmom.org run by Amy Levy and Julie Kelly. There’s a chartered Ecomodernist Society of Finland. We have been particularly thrilled by endorsements of the manifesto by Harvard’s Steven Pinker and Calestous Juma.

Three years in the making, the Breakthrough Institute published one of our most important reports ever in September of this year: “Nature Unbound: Decoupling for Conservation."

Bloomberg’s Justin Fox said the report “may be the most important news of our time.” Debuted at Resources for the Future in Washington DC and toured around Europe in the fall, "Nature Unbound" has already started to change how conservation organizations talk about saving nature. 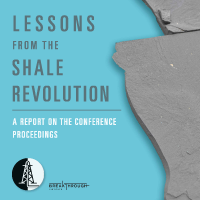 In January 2015, the Breakthrough Institute hosted a workshop in California titled “Lessons from the Shale Revolution.” The workshop was the culmination of years of research into the public and private investments that made cheap fracking, and the environmental benefits of shale gas technology, possible.

Breakthrough published a report on the workshop in July. Steve Hayward and Robert Bryce echoed our findings in USA Today, as did Jim Pethokoukis of the American Enterprise Institute.

The voices calling for nuclear deployment and innovation got louder and more numerous this year.

In May, Staffan Qvist and “Manifesto” coauthor Barry Brook published a paper in PLOS One, showing that nuclear power offers the fastest route to power-sector decarbonization.

In June, Breakthrough Fellow and Bipartisan Policy Center analyst Sam Brinton published research showing that nearly 50 North American companies are active in the “advanced nuclear industry.” The report, published by Third Way, has been cited in the press and by Energy Secretary Moniz.