Universal energy is a fundamental requisite of development. The transformation of natural energy assets into usable energy services allows not just for household lighting and electricity, but also modern infrastructures and societies. Affordable energy is used to power tractors, create fertilizers, and power irrigation pumps, all of which improve agricultural yields and raise income. Cheap and reliable grid electricity allows factory owners to increase output and hire more workers. Electricity allows hospitals to refrigerate lifesaving vaccines and power medical equipment. It liberates children and women from manual labor and provides light, heat, and ventilation for the schools that educate the workforce.

A world with cheaper and cleaner energy could be a world where humans tread more lightly, leaving more space for other species while reducing pollution. Cheap, clean energy could power advanced water treatment plants that remove phosphorus from livestock effluents, returning clean water to rivers and recycling phosphorous as a fertilizer. Desalination could spare aquifers, rivers, and lakes, while rehabilitating freshwater ecosystems. Materials recycling and incineration could make landfills a thing of the past. And vertical agriculture could spare more land for nonhumans.

There is no guarantee that a high-energy planet will be a better place for nature. While land used for agriculture has grown only modestly, frontier agriculture continues to devastate old-growth rainforests in Indonesia and Brazil. Coal continues to be the fastest-growing fuel, and the carbon intensity of the global economy has been increasing in recent years. And while consumption of some key resource inputs such as wood and non-agricultural water appear to have peaked, demand for others is still growing rapidly.

Ultimately, what will determine whether our high-energy planet is better or worse for nature will be the ways in which our technologies, our economies, our values, and our politics evolve. What are the ways that we might shape the trajectory of the current transition and what are the ways that we won’t? What does an ecomodernist politics look like that is simultaneously realistic and aspirational about the future of the planet?

The Inevitability and Implications of a High-Energy Planet

While the United Nations and President Barack Obama have recently called for modestly higher levels of energy consumption by the world’s poorest people, for the most part the West has imagined that total global energy consumption could be reduced to deal with climate change. But Nigeria and Pakistan are no more likely to ask the West’s permission to burn fossil fuels than did China and India. And for the whole world to live at the living standards of Germany — a country with half the per capita energy consumption of the United States — global energy consumption will need to triple and more likely quadruple by 2100. It is clearer than ever that we are not running out of fossil fuels, with centuries of coal, oil, and gas reserves remaining available for future use. How then will environmental concerns generally, and climate concerns in particular, be addressed going forward? What moral, political, and techno-economic framework should guide ecomodernists?

Energy Transitions, Past and Future 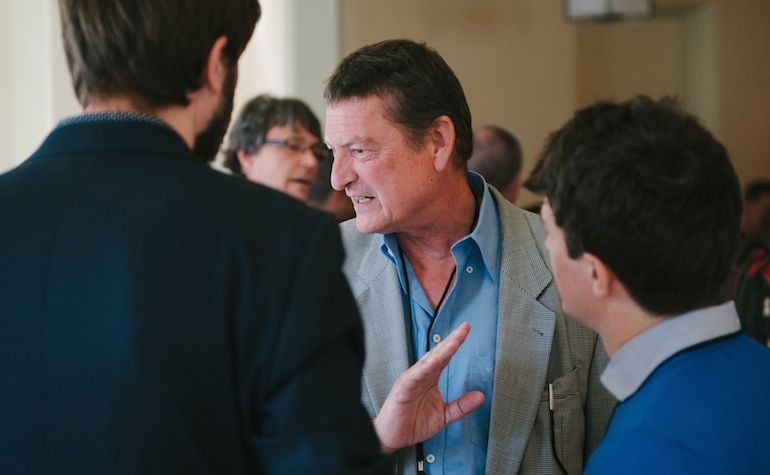 Past energy transitions may offer important lessons about future ones. While the scarcity of incumbent fuels plays a role in the pace of diffusion of new technologies, it is most often the emergence of new end-use “energy services” (eg, new forms of transportation, lighting, power, heating/cooling) that drive energy transitions. New technologies emerge in niche markets, often in industries and among the elite, and gradually come down in price, allowing them to broadly diffuse into economies. For over three centuries, societies have moved from more carbon-intensive to less carbon-intensive fuels, and from fuels with lower energy densities to higher energy densities (eg, wood to coal to natural gas). Global per capita energy consumption has steadily risen. Given this history, is it realistic to expect societies to reverse this 300-year-long history and start using less energy, with more of it from energy-diffuse fuels (eg, solar and wind)? Is it more realistic to expect a turn to energy-dense nuclear when its costs have been rising rather than falling over time? What new end-use technologies might drive the next energy transition?

Wood to Fossil — and the Implications for Global Warming 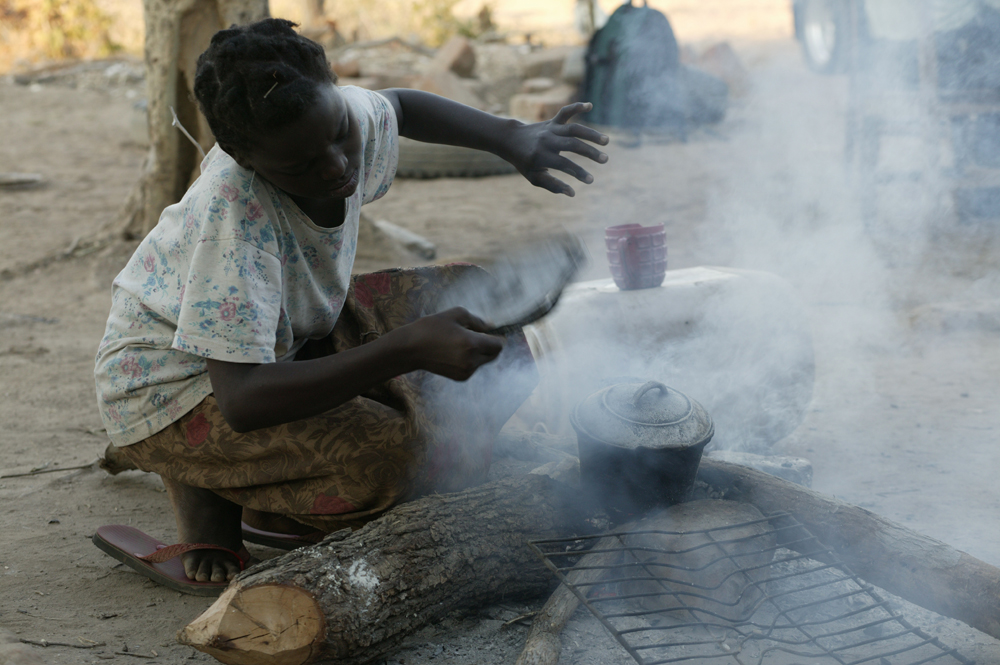 Can nations that rely primarily on wood and dung leapfrog past fossil fuels and move directly to solar panels, wind turbines, and geothermal plants? In recent years that idea has been embraced by everyone from UN Secretary General Ban Ki-Moon to World Bank President Jim Kim. But while solar lanterns and panels have spread throughout Indian, sub-Saharan African, and other poor nations, so have the growing reliance on and exploration for coal, oil, and natural gas. Major oil and gas fields have been discovered and are only beginning to be tapped in Eastern, Western, and Central Africa. India has installed a lot of solar but still brought online 10 times more coal than solar since 2011. And where the World Bank and other Western agencies are backing away from fossil energy investments, China is rushing in with road building, mining projects, and dam building. How should people who care about both human development and climate change think about this question? Advocates for distributed generation, namely solar, say that grid failures in poor nations are evidence that the older model is outmoded. Should the West only fund low-carbon energy projects like solar microgrids, even if they are more expensive now, seeking to create a different development path for the future? Or is doing so tantamount to denying the human dignity and prospects of the world's poorest people?

Can More Energy Save Nature? 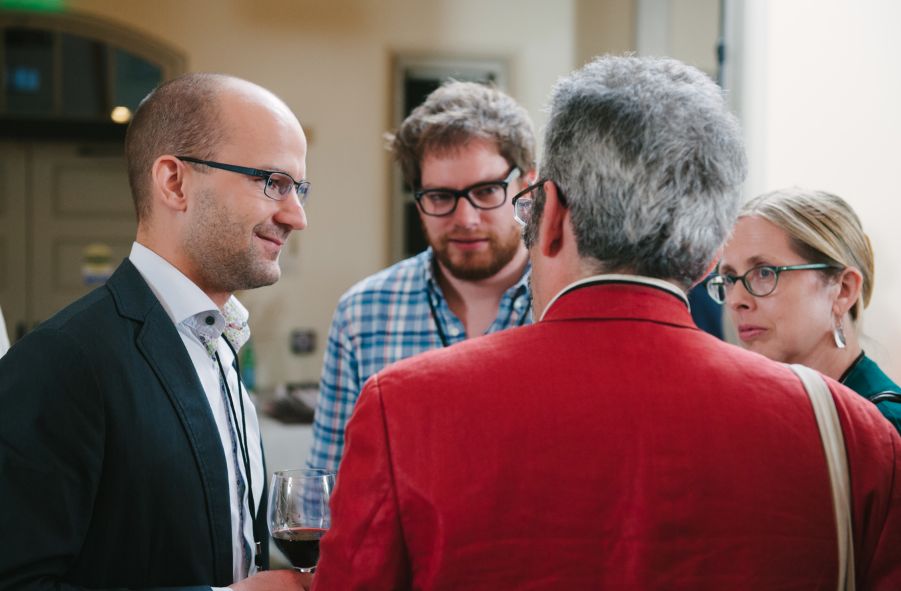 Rising energy consumption has long been synonymous with the destruction of nature, but can greater energy consumption also save it? Coal allowed societies to spare their forests, restore depleted soils, and return marginal agricultural lands to nature. Now, in some countries, natural gas is replacing coal. Cheap energy allowed for urbanization, which has shrunk and continues to shrink the footprint of human settlement. In the future, energy-intensive desalination could spare aquifers, rivers, and lakes, while rehabilitating freshwater ecosystems. Energy-intensive materials recycling and incineration could make landfills a thing of the past. And energy-intensive vertical farming could spare more land for nonhumans. Or is this rosy ecomodernist vision a mere fantasy? Will unlocking cheap energy in fact result in accelerated nature destruction in the tropics, precisely those places where biodiversity is greatest? Will greater access to cheap energy result not in urban density but rather greater suburban sprawl?

How might societies get organized at an ideological, institutional, and technological level to achieve a high-energy planet that improves rather than degrades environmental quality?

Ecomodernism and the West

The sixties-era ideology that equates saving nature with small-is-beautiful has come under challenge in recent years by poor and developing nations, as well as by ecomodernists in the West. Saving the climate and meeting human needs will require large power plants not small ones, they say. Saving wilderness will require intensified agriculture and urbanization, not small organic farms and continued subsistence farming. But if modernization and energy development are a relatively easy sell in Nigeria, can such a politics have purchase in the West? While poor people might march in South Africa for coal-fired electricity, will rich people ever march in the streets for nuclear? Can a politics that embraces modernization and the developmental state have popular resonance in wealthy post-scarcity societies? Or should ecomodernists seek instead to help policy makers directly and not worry about the public? What role can the West play as the balance of geopolitical, economic, and technological power shifts to the East and the South?