Accounting for nearly one-third of global land use and 14 percent of anthropogenic greenhouse gas emissions, meat production weighs heavily on the global environment, and beef production most of all. Comprising 41 percent of total livestock sector emissions, beef production is responsible for pasture that spans a quarter of the world’s land area and threatens further expansion in biodiversity hotspots like the Brazilian Amazon. It makes sense, therefore, that calls to reduce global beef consumption have gained increasing prominence among environmentalists as a way to decrease emissions and spare high-priority land.

But according to a new peer-reviewed paper in Science of the Total Environment—co-authored by Breakthrough’s Marian Swain, James McNamara, and Linus Blomqvist, along with ecologist William Ripple at Oregon State—demand-side efforts to reduce meat consumption will not be nearly enough to confront the environmental impacts of livestock over the next century, especially as meat demand in the developing world continues to grow.

Read the paper: Reducing the Environmental Impact of Global Diets

Improving the environmental efficiency of livestock production systems through intensification, on the other hand, while little discussed, holds significant potential to mitigate the impact of the sector. Intensive beef production in particular, in which cattle finish their lives on grain-based feeds in highly controlled environments, dramatically reduces time to slaughter, and thus methane emissions, as compared with extensive, pasture-only systems. 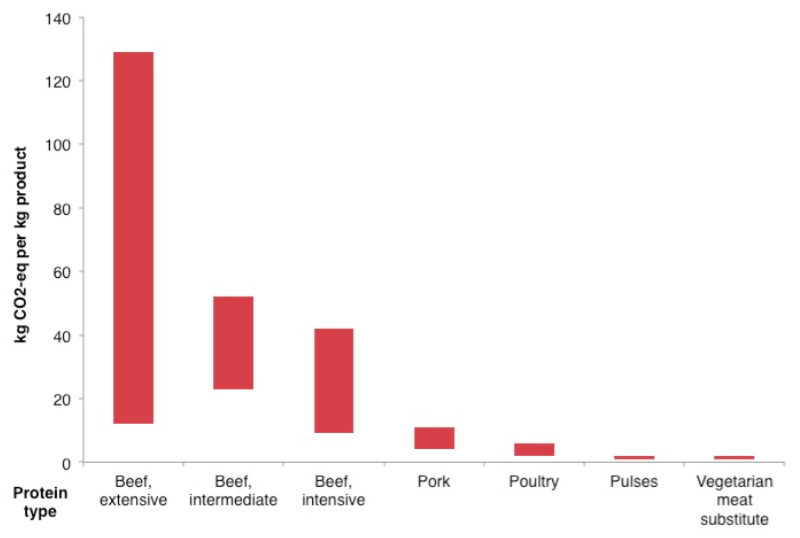 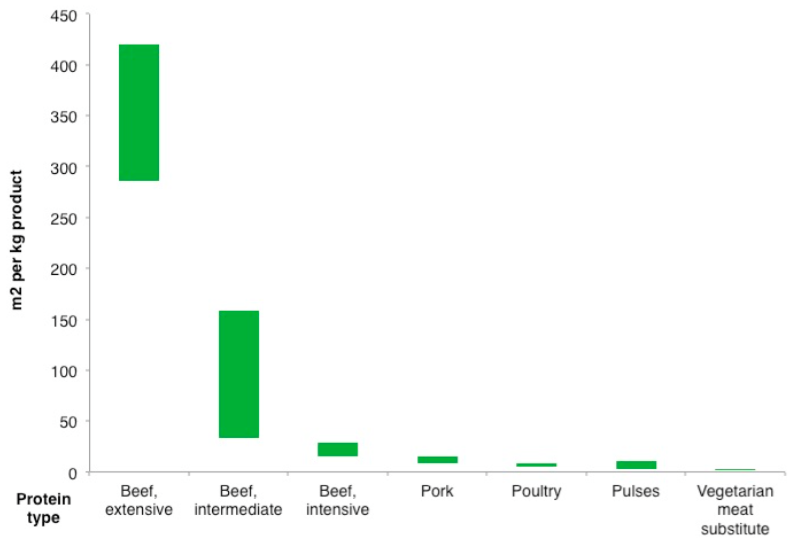 There are certainly trade-offs to intensification, including excessive antibiotic use, local pollution, and animal welfare. But there are also surprising synergies that emerge from some of the practices that improve productivity, including selective breeding and modern veterinary care. With appropriate management and effective policies in place, intensification has the potential to vastly improve the environmental performance of meat production around the world. Dietary preferences will also play a role, but for the sake of global conservation and the climate, it will be essential to keep intensification in view.

To access the article, please email the authors directly here.

James McNamara is a conservation scientist. He was a Conservation Analyst at Breakthrough.