This month’s federal budget deal includes a tax credit for each ton of carbon dioxide pulled out of the atmosphere, which has reignited the debate over carbon capture and storage (CCS) technology. The change to Section 45Q provides a tax credit of $50 per ton of captured CO2 to be sequestered and $35 per ton of CO2 to be reused. Carbon capture has long divided industry, activists, and analysts. Some solar advocates have been critical of CCS, pointing to its high costs, unproven results, and messianic expectations. It is undoubtedly an early-stage, high-risk technology. But solar was too, until very recently. It is because of this risk — not in spite of it — that carbon capture deserves patient government support.

Carbon capture is perhaps the one issue where both American political parties agree with the Intergovernmental Panel on Climate Change (IPCC). The CCS tax credit has received bipartisan support for years: a majority of the coauthors are Democrats, while coal-state Republicans welcome any opportunity to talk “clean coal.” Meanwhile, 7 out of the 11 IPCC scenarios require CCS to reach international climate targets, and those without CCS are considerably more expensive. As leading CCS expert, Obama-era Energy Department official, and new Breakthrough Senior Fellow Julio Friedmann notes in a helpful video for Third Way, there are several high-emissions sectors for which CCS is the only known path to decarbonization, like steel and cement production. “Hockey-stick problems, like climate change, need hockey-stick approaches to solving them,” Friedmann says.

Virtually every major technological advancement in the past century has arisen from sustained government support, and CCS will be no exception. In The Entrepreneurial State, economist Mariana Mazzucato describes how governments, through policies and investments, provide “patient capital” behind early-stage technologies before the private sector is willing to take the risk. Much of our work at Breakthrough has focused on understanding the particular role that policy and public investment play in accelerating technological innovation, including in our reports Where Good Technologies Come From and Lessons from the Shale Revolution. Solar advocates would be wise to remember that early public investment (particularly for spaceflight) and ongoing policy support (production and investment tax credits) have underlain the growth of the industry and its rapid decline in cost. 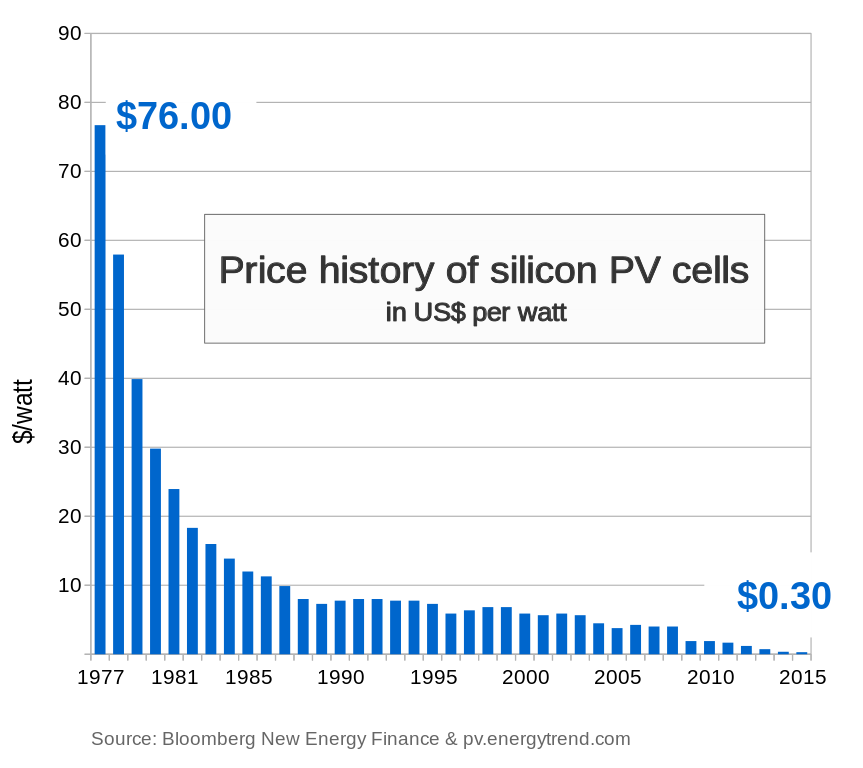 Yet the path to widespread CCS deployment is not set in stone. Since the technology has such tremendous but uncertain potential, debates around it frequently devolve into polarization and unrealistic expectations. In the short term, though, the costs of carbon capture would almost certainly decline with sustained public support. A study comparing CCS to analogous pollution control technologies found that the cost of CCS could decline by 14-40% after the first 100 GW is installed. This growth might not happen the way some analysts would like: it might be heavily subsidized, and it might even be led by fossil fuel corporations seeking to use the captured carbon for enhanced oil recovery. But as former Breakthrough Energy Director Jesse Jenkins noted on Twitter, “[Enhanced oil recovery] is the first niche in which the CCS tech options can make economic sense and grow, just like space/offgrid was for solar, forklifts for fuel cells, consumer electronics for Li-ion [batteries]. This is not the end game.” Furthermore, using captured carbon in enhanced oil recovery could help develop the techniques for burying it — permanently — deep underground in the future.

Technologies that have benefited from government support, like solar, often lobby against that support being extended to their competitors after they feel like they can do without it. This can result in some amusing Janus-faced rhetorical backflips. Mazzucato notes how Silicon Valley firms and biotech investors frequently celebrate the “ingenuity” of private entrepreneurs (in contrast to the government) and advocate for lower taxes — while they simultaneously profit from technologies that public tax-funded investment in basic research helped to create. For solar advocates, the contradiction is even sharper. They advocate against tax credits for CCS while they still receive tax credits themselves. That is a different kind of “picking winners,” and with even more worrying portents.

As Breakthrough’s Executive Director Ted Nordhaus recently argued in Foreign Affairs, we cannot afford to ignore solutions like CCS and geoengineering in our quest to decarbonize as quickly as possible. In a federal political context openly hostile to climate policy, support for carbon capture should be seen as a glimmer of hope.