Planting the Seeds of a Distributed Nuclear Revolution

The Case for Expedited Licensing and Commercialization of Micronuclear Reactors

In the United States, slow demand growth, market liberalization, and competition from natural gas and renewables have dimmed the prospects of building new, large, light-water nuclear reactors. The supply chains and skilled labor force necessary to build new plants have atrophied over the three decade hiatus in domestic construction — despite two reactors under construction in Georgia — meaning that virtually any new nuclear build is essentially a first-of-a-kind reactor. While multiple builds, standardized design, and public finance are proven pathways to low cost nuclear energy, the United States presently has neither the economic demand nor the institutional arrangements that would support multiple large reactor builds and result in the associated technological learning.

For these reasons, reestablishing an economically competitive domestic nuclear industry in the United States will require a different path, one that is responsive to current economic, political, and institutional realities and can leverage America’s comparative advantage: our unrivaled innovation system and entrepreneurial business culture. Small and microreactors offer just such a possibility — relying upon economies of multiples rather than economies of scale and allowing standardization without the implicit nationalization of the US power sector that any strategy for learning through standardization of large reactors would require.

Microreactors bring several other advantages as well. Small reactors allow safe operation with radically simplified designs, making the case for far reaching licensing and regulatory reform much stronger. There are a range of niche markets — including off-grid and industrial — that they might immediately compete for without having to compete with mature generation technologies in wholesale electricity markets. As one of the greatest challenges facing advanced reactor development has been the lack of recent construction experience, initial deployment of small- and micro-reactors could also bolster confidence in larger designs.

Further, given the reality that virtually any first-of-a-kind reactor today will require some public support to commercialize, microreactors offer the opportunity to avoid top-down down selection by public officials. At very modest cost to the public treasury, the federal government could jumpstart an advanced nuclear industry in which multiple designs from multiple companies would compete for public contracts, and the government would choose based on predefined performance metrics. This program could be modeled on NASA’s Commercial Orbital Transportation Services program, where NASA launched a globally competitive commercial spaceflight industry by radically rethinking how it developed and procured orbital launch vehicles and services.

For these reasons, workshop participants coalesced around a series of policy measures to accelerate deployment pathways starting with the smallest nuclear reactors, microreactors, defined here as reactors smaller than 10 megawatts thermal (MWth). For context, a 10 MWth reactor is about 2-3 thousandth the size of a typical commercial reactor being built today, and it would have the power to supply electricity for roughly 2,000 households. Notably, microreactors would be smaller than several research reactors operating around the country, and should be licensed with a similar risk-informed process (recognizing the very minimal risks such tiny reactors pose). We also detail three further proposals that would be beneficial to all efforts to develop advanced nuclear reactors, large and small.

Several of our suggestions below are also included in the Nuclear Energy Leadership Act (NELA) recently introduced in the US Senate. We consider this bipartisan legislation to be a significant first step in modernizing the nuclear innovation system. Also, the Nuclear Energy Innovation Capabilities Act (NEICA) has passed both the House and Senate, signaling important bipartisan momentum around advanced nuclear policy changes. 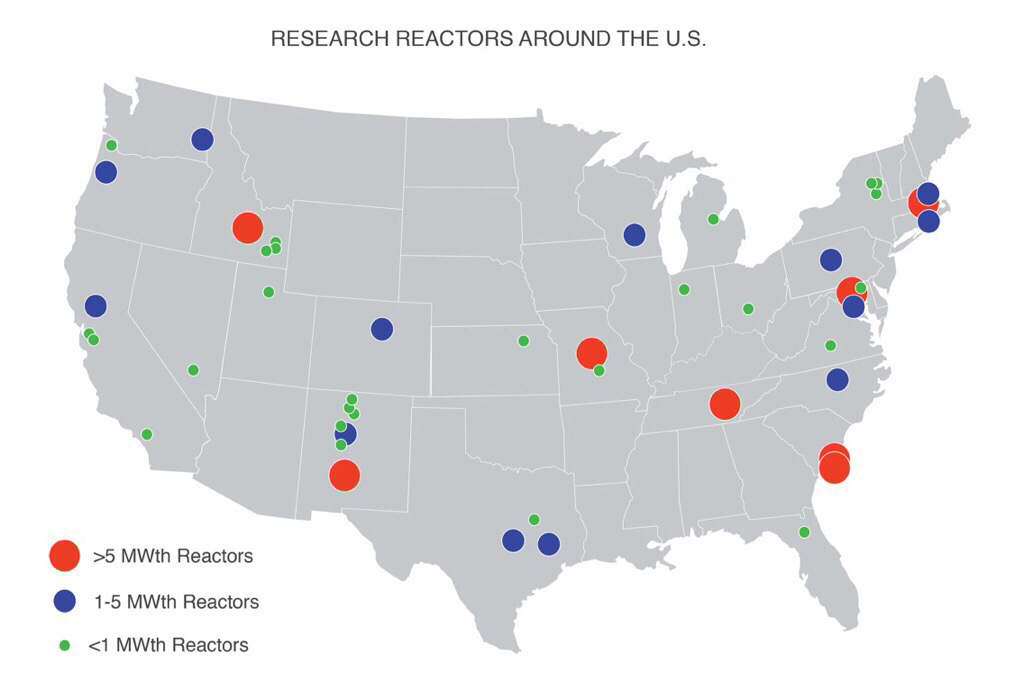 How to Make Nuclear Cheap